Record levels of online bidding sent Cowan’s May 6 and May 7 Arms and Armor auction well past its estimate on its way to a $2.2 million two-day total. In a sign of the adaptability of the marketplace during unprecedented times, a staggering $1.2 million of the auction’s total came from bidders using internet bidding platforms. Cowan’s proprietary platform, Cowan’s Live, led the way with over $960,000 in total hammer prices.

The auction was conducted virtually with staff and bidders participating from their homes. The unusual format did not dampen bidders’ enthusiasm in the auction. Over 1,000 active bidders participated in the auction, a third of which were bidding with Cowan’s for the first time. Even in a virtual environment, Cowan’s was able to accommodate phone bidders who accounted for over $680,000 of the sale’s total.

“I couldn’t be prouder of our team here at Cowan’s and Hindman,” said Bill Lewis, Director of Arms and Armor. “Our consignors placed their trust in us in a less than ideal environment and I’m so pleased that we could deliver for them. I also want to thank our bidders for participating in an unusual format and persevering during a much slower than usual pace.”

The two-day auction marked the first full collaboration between Cowan’s and Hindman in the Arms and Armor category. Material in the auction was sourced from across Hindman’s network of 12 regional offices and staff from Cleveland, Chicago, Denver, and Palm Beach helped the Cincinnati team execute bids during the virtual auction.

“Our Arms and Armor team put together an extraordinary group of property that appealed to a broad range of collectors,” added Wes Cowan, Cowan’s Founder and Vice Chair of Hindman. “Seeing so many new bidders and the astounding amount of bidding on Cowan’s Live speaks to all the effort the Cowan’s and Hindman teams put into making this sale a huge success.”

The top lot of the auction was a #5 Holster Model “Texas” Colt Paterson with an extra cylinder that sold for $132,000. The #5 holster model is generally held as the epitome of the Colt Paterson revolver. Just 1,000 units of the #5 model were ever made and this particular example was in extraordinary condition despite being over 175 years old.

The highlight of the long gun category was a rare deluxe factory engraved Winchester Model 1886 “Big 50” lever auction rifle that sold for $60,000. The rifle was in exceptional condition with the beautiful marbled walnut wood somehow managing to retain nearly all of its high polish factory varnish over the years.

A large Remington Union Metallic Cartridge Company wall display was the top non-firearm lot of the auction selling for $28,800. The 54.25 inch, framed cased displayed over 225 different types of original Remington cartridges, each individually labeled underneath. The case was a complimentary advertising tool given to firearms and ammunition stores by the Union Metallic Cartridge Company out of Bridgeport, Connecticut.

Cowan’s is still accepting consignments for major Arms and Armor auctions in the summer and fall. Both auctions will feature more items from the same institutional collection that consigned four of the top five lots in this auction, including the #5 Holster Model Colt Paterson and Factory Engraved Winchester Model 1886 ‘Big 50.’ 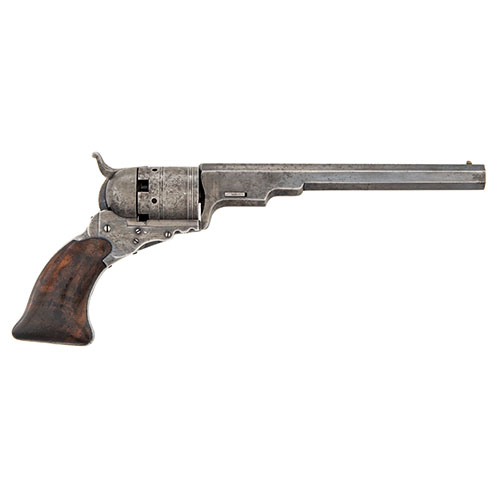 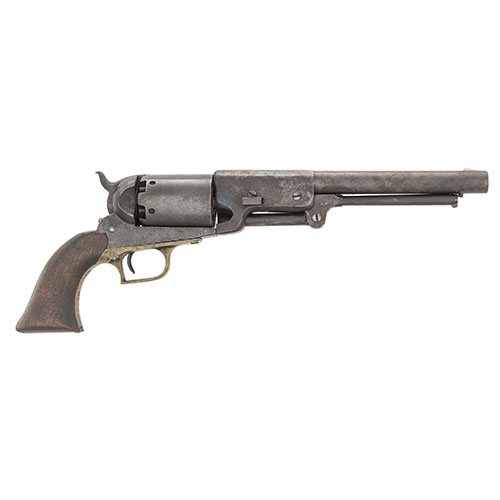 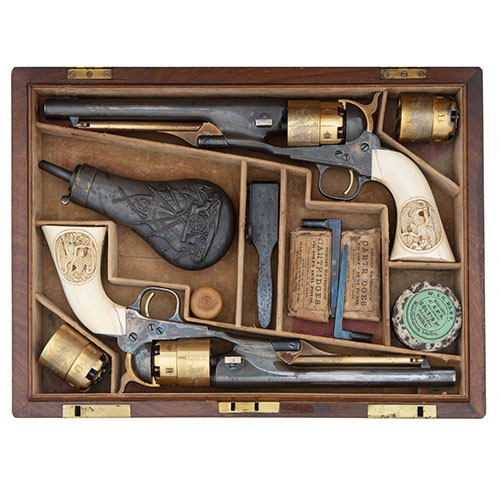 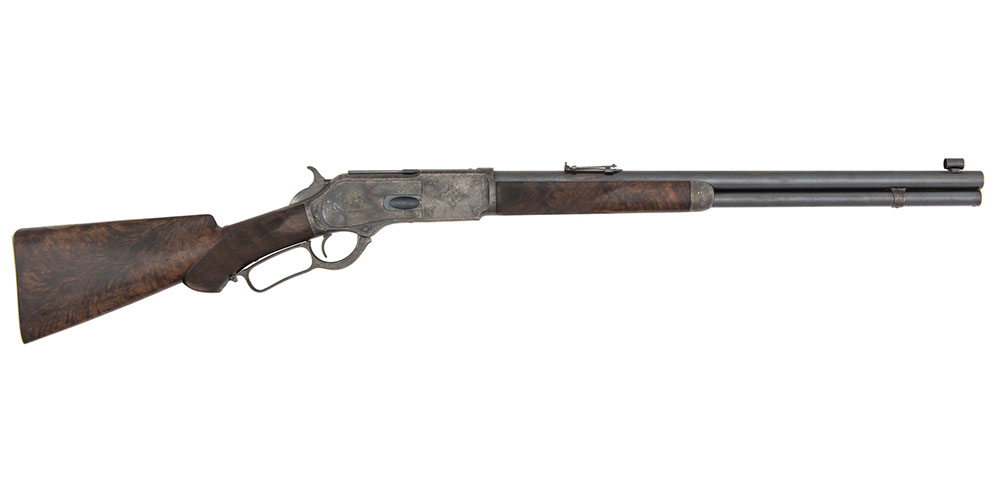 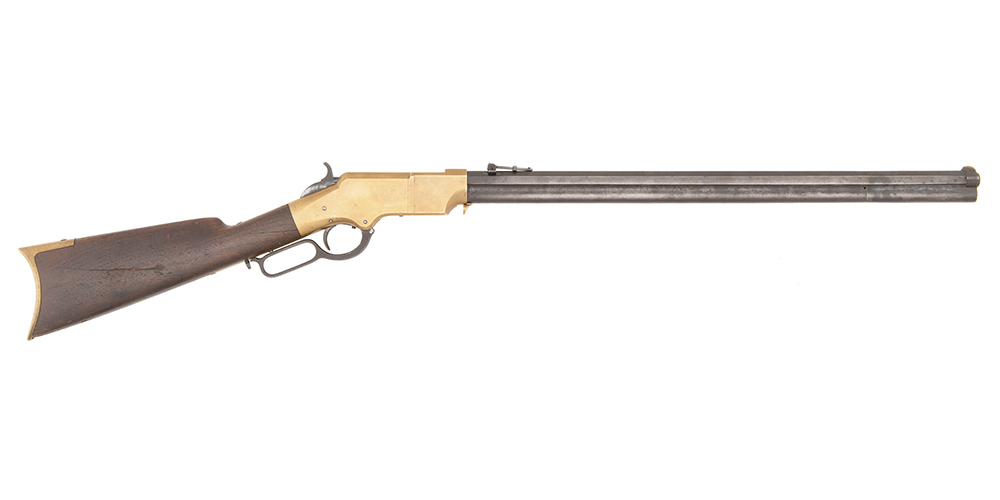 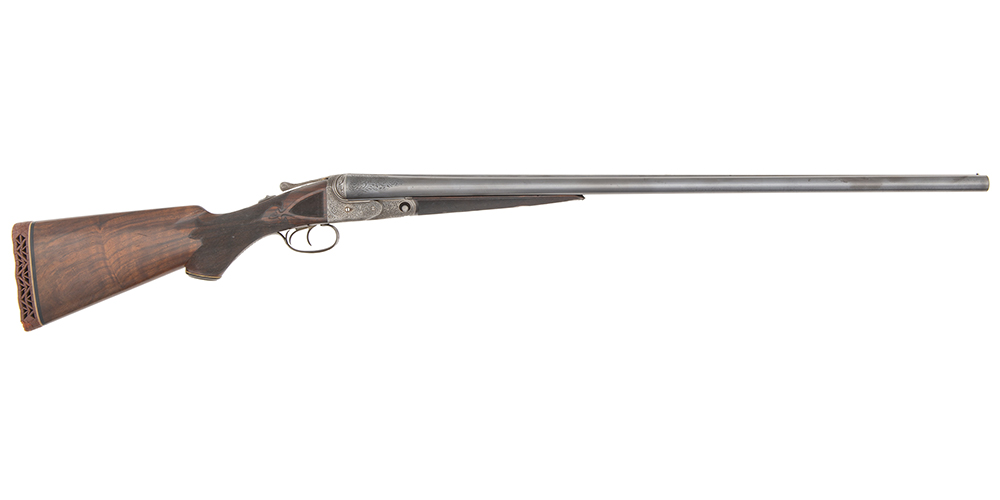 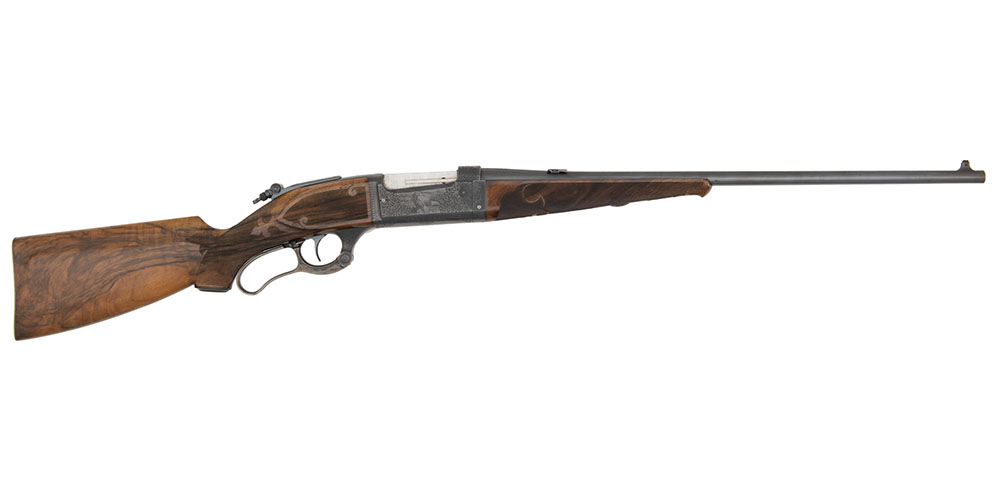 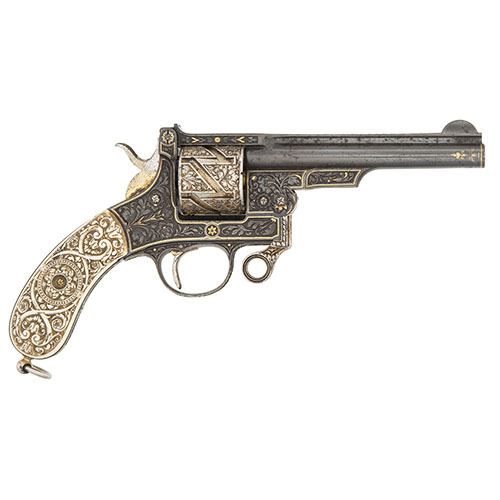 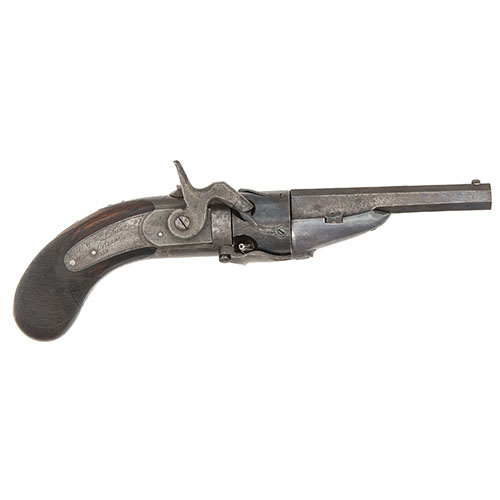 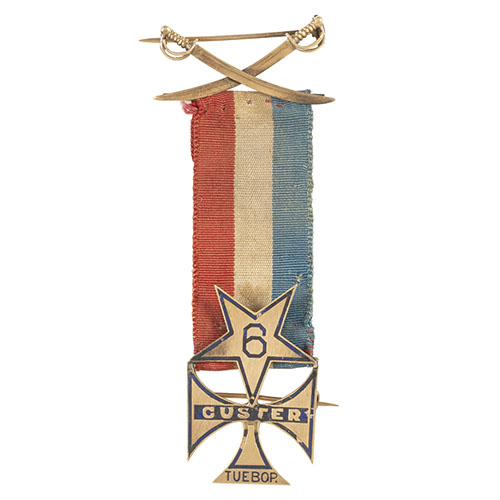 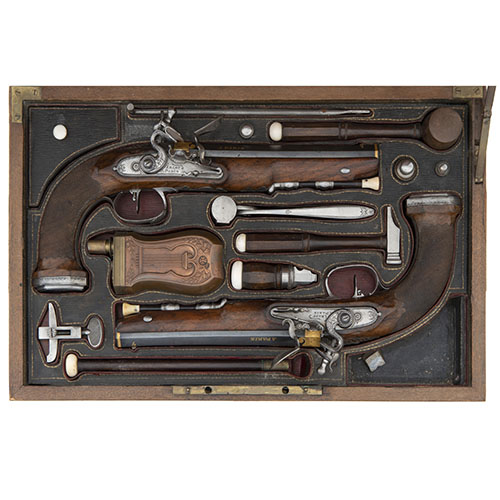