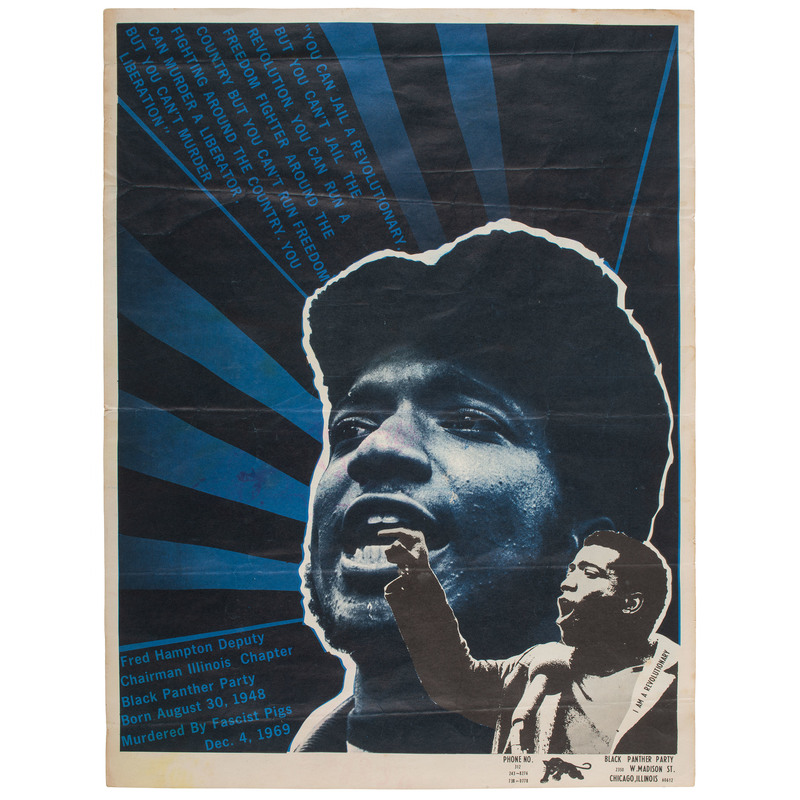 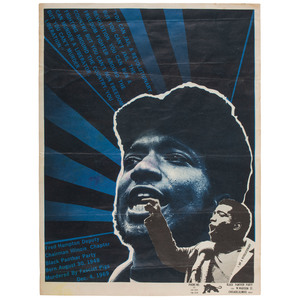 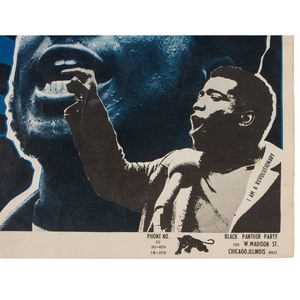 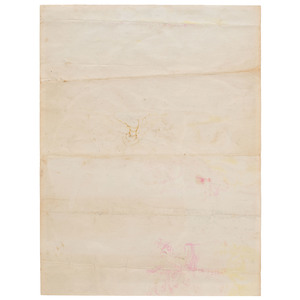 You Can Jail a Revolutionary, but You Can't Jail the Revolution Fred Hampton Poster by Emory Douglas, ca 1969

Fred Hampton (1948-1969) was a prominent young Civil Rights activist in the 1960s. As a student at Proviso East High School in the Maywood suburb of Chicago, Hampton excelled in academic studies and athletic pursuits. Hampton decided to continue his education, first at the Developmental Institute at the YMCA Community College in Chicago, and later at a pre-law program at Triton Junior College in River Grove, Illinois. Hampton also joined the National Association for the Advancement of Colored People, where he quickly became the West Suburban Branch Youth Council President, leading a lobbying campaign to improve academic services and recreational facilities for African American children in Maywood. Joining the Black Panther Party in 1968, Hampton quickly found success in leadership roles there as well, forming a "rainbow coalition" of diverse groups, and even publicly brokering a nonviolence pact between two of the most violent street gangs in Chicago. Hampton took charge of the BPP's Chicago Chapter, organizing rallies, teaching political education classes, and promoting community surveillance of the police. Hampton's efforts eventually led to him becoming the BPP chairman of the entire state of Illinois, thrusting him to leadership at the national level.

Hampton met his untimely death when, in an early morning police raid of the Black Panther Party headquarters on December 4, 1969, he and fellow BPP activist Mark Clark were shot and killed by police officers. Over five thousand people attended his funeral, and many in the activist community saw Hampton's death as unjust, and a group of nine plaintiffs won 1.85 million dollars in a civil lawsuit, which was paid out by the City of Chicago, Cook County, and the federal government. December 4th was commemorated as Fred Hampton Day by the Chicago City Council in 2004, as a way to remember and honor the fallen activist.