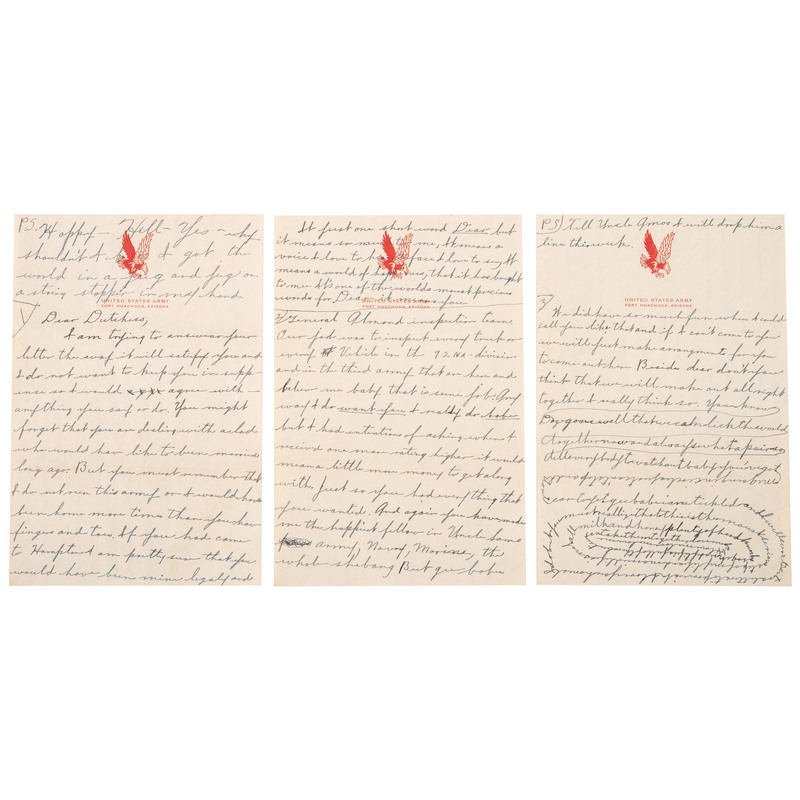 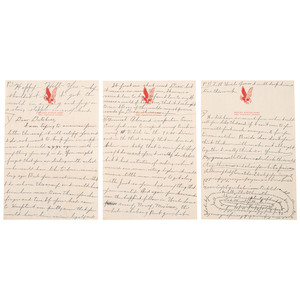 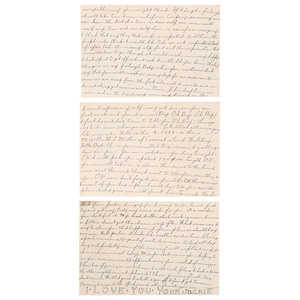 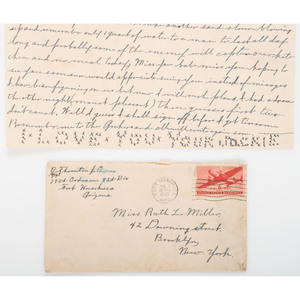 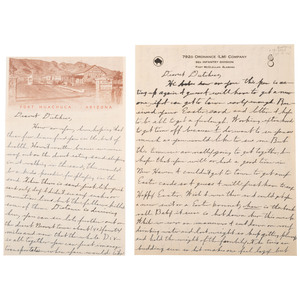 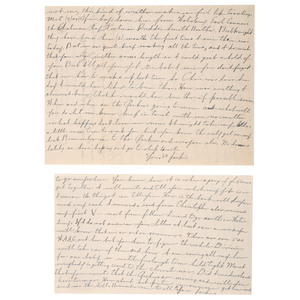 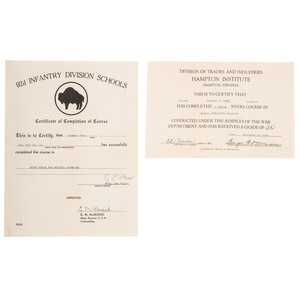 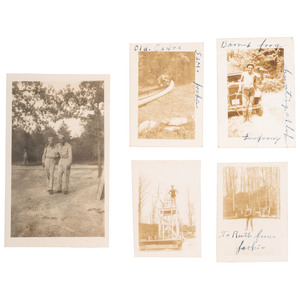 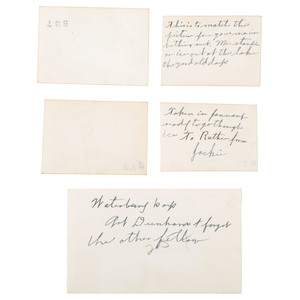 All letters are written from Sergeant Thornton J. Owens (1909-1987) of the 792nd Ordnance Light Maintenance Company of the 92nd Infantry Division to his girlfriend Miss Ruth L.D. Miller in Brooklyn, New York between April 27 and August 18, 1943. The first letter was written when Owen was stationed at Fort McClellan, Alabama and the rest from Fort Huachuca, Arizona. The site was established in 1877 and was the base for the Buffalo Soldiers of the 10th Cavalry from 1913 to 1933. During World War II, it was home to the segregated African American 92nd Infantry Division which inherited the name “Buffalo Soldiers” and used a buffalo as their insignia. Owens worked in the 792nd Ordnance Light Maintenance Company. He enlisted on March 24, 1942, and completed a 12-week course at the Hampton Institute in Virginia earning the highest level of achievement in “General Automotive Mechanics,” his completion certificate is included in the archive. An undated certificate also indicates that he completed a course in “Basic School for Enlisted Cadre Men,” signed by General Edward Almond (1892-1979). Almond was put in command of the 92nd from its formation in October 1942 to August 1945. Owens mentions in his June 7, 1943 letter, “The last time we were out on the desert my men and I work on General Almond inspection team. Our job was to inspect every touch of every vehicle in the 92nd division and in the third army that are here, and believe me, baby, that is some job.”

In a particularly interesting letter on June 29, Owens relates his thoughts about being black in the army and his opportunities for advancement, “A soldier sure has a hard way to go especially a colored one. The white soldier has the good time. Most colored soldiers have a tough time. I have been appointed head of the General’s inspection team at Fort McClellan and here, I thought I would be good for an advancement but I guess they forgot about me. Almost every vehicle in the Division has to pass through my inspection team even tractors and derricks and now it looks like Aeroplanes.”

Happily, Owens did eventually see a promotion, writing to Ruth on August 2, “I will have more time to write you now that I am a T/3 and don’t you think it is about time you stop putting T/4 on my letters. Well, girlie I have advanced one more notch. It sure is a hard struggle but that shows where the good comes in.” In the same letter he makes mention of a newspaper article, “Our Company had a nice write up in Chicago Defender if I can I will send paper to you.” The article, “An Ordnance Company Has Good Record” was published in the Chicago Defender on July 31, 1943, and a reworked version in the Baltimore Afro-American. The training of the unit is detailed and Owens is mentioned by name noting that he was “designated to do special work on motors.”

The heartfelt missives frequently and floridly expound Owens’s love and devotion to Miss Miller, he closes letters with sincere sentiments such as, “You make a fellow feel so good I can almost feel the magic of those loving arms” (undated letter, ca late April/early May 1943) and his final letter in the collection, “If they make you join the WAVES - MARINES or WACC I am coming and get you I will follow you to the end of the earth if necessary you can’t get away from me and you know it. Oceans of Love, Jackie.” Based on Waterbury, Connecticut city directories, Owens appears to have returned and stayed in his hometown for the remainder of his life. A spouse named Louise is listed from the 1962 directory until his death in 1987, but not in the 1948, 1952, or 1954 directories. While the “L.” in Ruth’s name could possibly stand for Louise, it is unclear if the arduous correspondents ever married.

Also included are charming snapshots that “Jackie” has sent to Ruth. They include four small snapshots of Owens at home in Connecticut, two in his bathing suit are inscribed to the versos, “Taken in January ready to go through ice, to Ruthie from Jackie” and “this is to match the picture you gave me in bathing suit. Me standing on ice out at the lake. The good old days.” Also included is a snapshot of two men in their army uniforms inscribed to the verso, “Waterbury boys Art Dunhon + forgot the other fellow.”

All in quite fine condition with expected creasing.