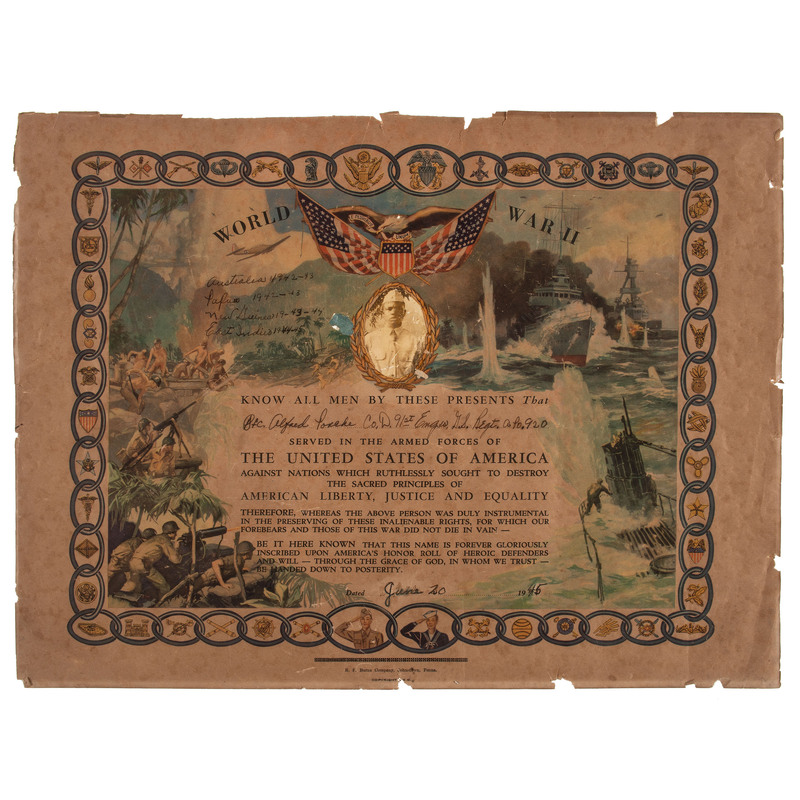 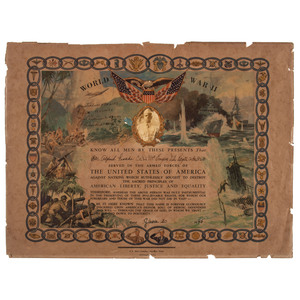 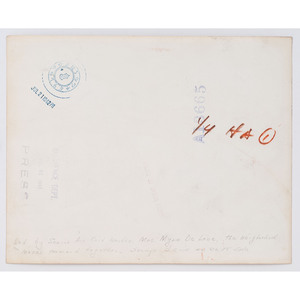 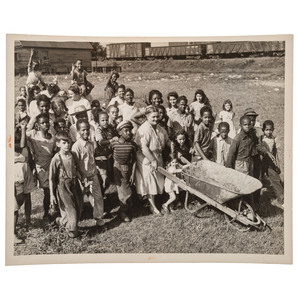 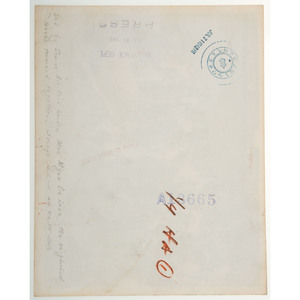 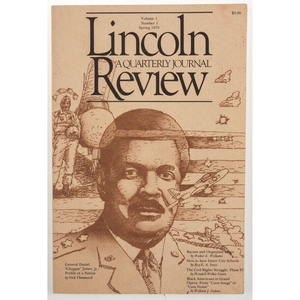 WWII escutcheon noting service of Pfc. Alfred Porche, Co. D. 91st Engrs.,  who "served in the Armed Forces of the United States of America against nations which ruthlessly sought to destroy the sacred principles of American Liberty, Justice and Equality....Be it here known that this name is forever gloriously inscribed upon America's honor Roll of heroic defenders and will...be handed down to posterity." 12 x 16 in. (very brown, edge chipping)

Six ink blotters, 3.5 x 6.25 in. Five different, "We fought together - Let's work together!  Protestants - Catholics - Jews" (2); "What's his race or religion got to do with it - He Can Pitch!"; "To win - we need 'em all! Protestants, Catholics, Jews...Americans of Every Race, Creed, National Origin."; "Just Born - All Americans! Don't infect them with racial and religious hate."; "Working side by side in War and Peace!"

Lincoln Review: A Quarterly Journal. Vol. 1, No. 1, Spring 1979. Cover art with "General Daniel 'Chappie' James, Jr.: Profile of a Patriot." (Tuskegee airman) Plus articles such as "Racism and Organized Labor," "How to save Inner-City Schools," "The Civil Rights Struggle: Phase II," and more. 8vo, 80pp.