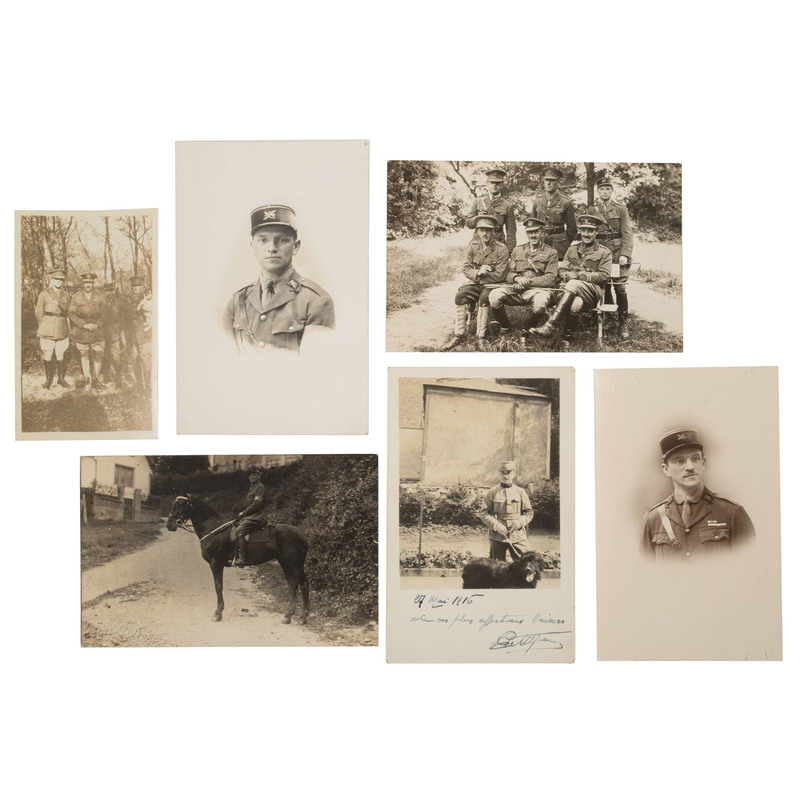 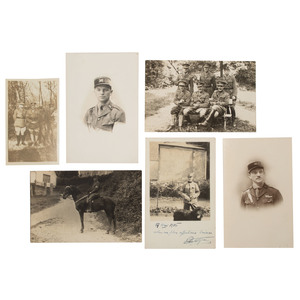 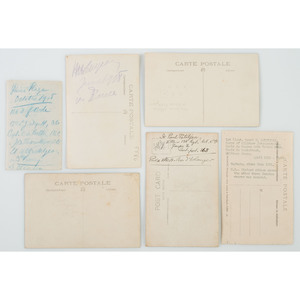 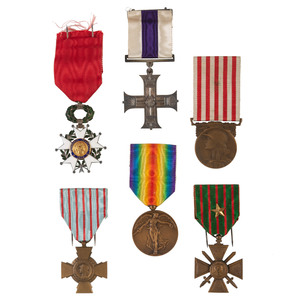 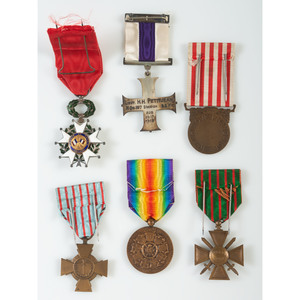 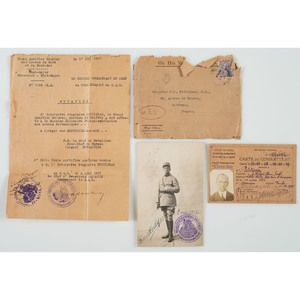 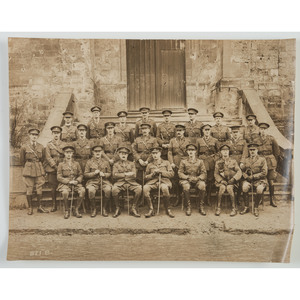 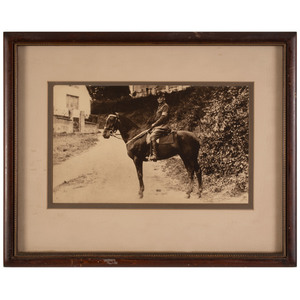 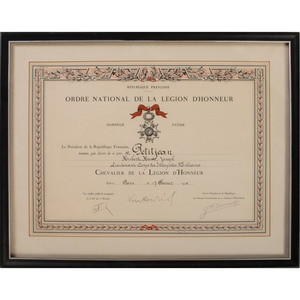 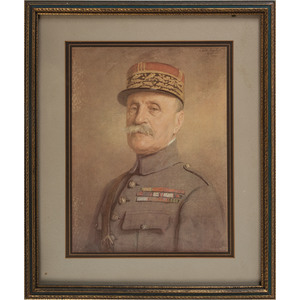 Large personal archive of French-born Henri H. Petitjean (1883-1966), a skilled polyglot who served with distinction in World War I. Collection consists primarily of 200+ personal photographs spanning 1910s-1960s, and is highlighted by WWI-era military photographs and six military medals awarded to Petitjean for his service.

Henri Joseph Hubert Petitjean was born in Bensacon, France. After completing his studies at the the Sorbonne in Paris and compulsory military service in France thereafter, Petitjean traveled throughout Europe. In 1908, he arrived in England where he spent the next eight years as a teacher in both the French and German languages. According to an article in the May 13, 1935, edition of "The Pauw Wow," the school publication of St. Peter's College in Jersey City, NJ (now St. Peter's University) where Petitjean serve as an instructor post-war, in 1917 Petitjean "was commissioned as Interpreter for German and sent to the Coding and Decoding Section of French General Headquarters. At the request of the British High Command he was transferred to the French Mission, attached to the British Expeditionary Forces, and assigned as interpreter to a Brigade in the Flanders Sector, afterwards in the Somme, where he was badly gassed. He was then transferred to another unit with which he finished the war as First Lieutenant-Interpreter."

Though photographs in the collection indicate that Petitjean was slight of stature, he seemingly possessed ample courage and determination. He was awarded the Combatant's Cross "Croix du Combattant," the British Military Cross, the French Cross of the Legion of Honour, the commemorative Allied Medal "La Grande Guerre Pour La Civilisation," and the "Croix de Guerre" 1914-1918, all of which accompany the archive. Photographs include formal portraits of Petitjean in his military uniform as well as RPPCs of Petitjean's colleagues in the British Expeditionary Forces, one of which features Petitjean with five identified soldiers from the 116th Infantry Brigade. An 9.5 x 7.5 in. photograph is identified on verso as "18th Division HQrs / December 1918. / at Serain (Aione) / France." Three framed items in the lot include the 1953 certificate declaring Petitjean as a "Chevalier De La Legion D'Honneur," a framed reproduction print of an unidentified aged man in military uniform, and a matted photograph of Petitjean astride a horse ca WWI.

Following the war, Petitjean married Helene Boursalt and worked in the employ of the US Government in France. In 1924, the Petitjeans departed Havre, France, aboard the De Grasse arriving in New York City on September 5. The couple would spend the remainder of their lives in the US and become naturalized citizens. Henri Petitjean would continue as a language instructor including teaching at Seton Hall University while also serving as a translator for NYC-based global shipping companies. He died in Paterson, NJ in 1966.