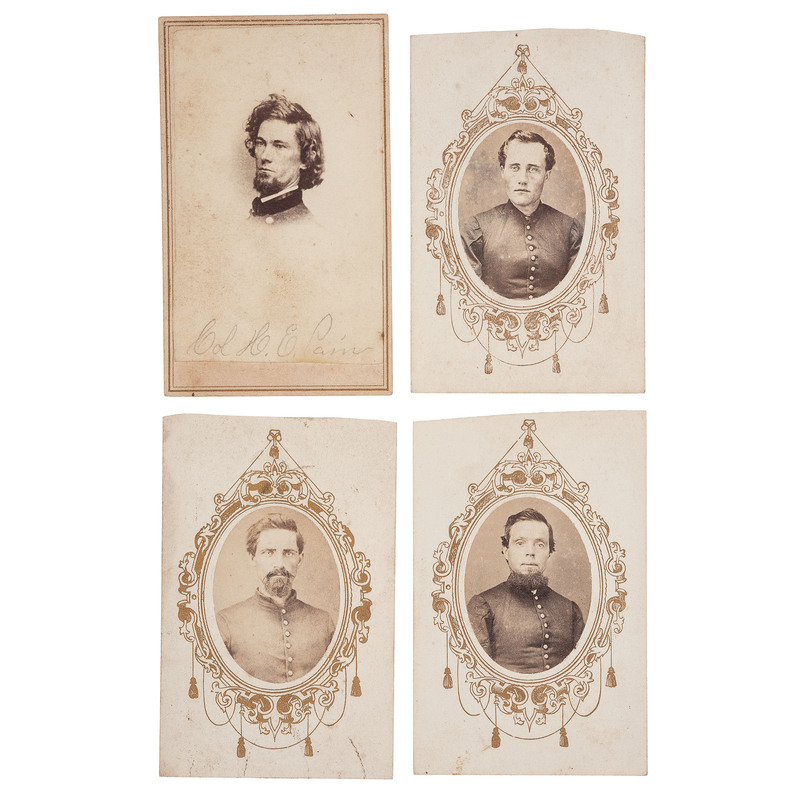 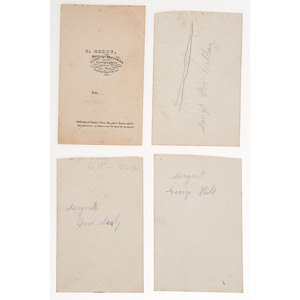 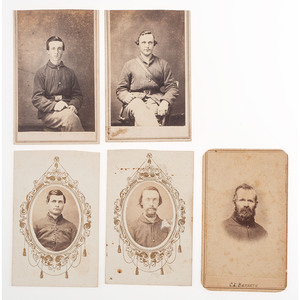 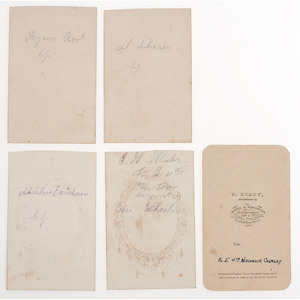 Lot of 9 CDVs, featuring portrait of Colonel Halbert E. Paine. T. Keddy: Baton Rouge, LA, n.d. Enlisted as colonel 5/1861, promoted brigadier general 3/1863, brevetted major general for Port Hudson where he lost a leg, later served in the Washington Defenses against Jubal Early. Paine is best remembered for refusing to burn down the city of Baton Rouge, LA, and for disobeying orders to return fugitive slaves to their owners in 1862.

The 4th Wisconsin Cavalry was originally organized as the 4th Wisconsin Infantry, and served exclusively in the western theater, primarily in the Department of the Gulf, and compiled an extensive war record, having lost 117 officers and men in battle. The regiment fought at the Siege of Vicksburg, the battle of Port Hudson, and the occupation of Baton Rouge in 1862 and 1863. In September 1863, it was reconstituted as the 4th WI Cavalry and spent the remainder of the war policing occupied territory in Mississippi, Louisiana, and Texas.

Light toning to each image. Some minor, scattered spotting/soiling. All cartes appears to have been trimmed along top edge, most notably Sherer and Root. Barrett CDV with clipped corners.