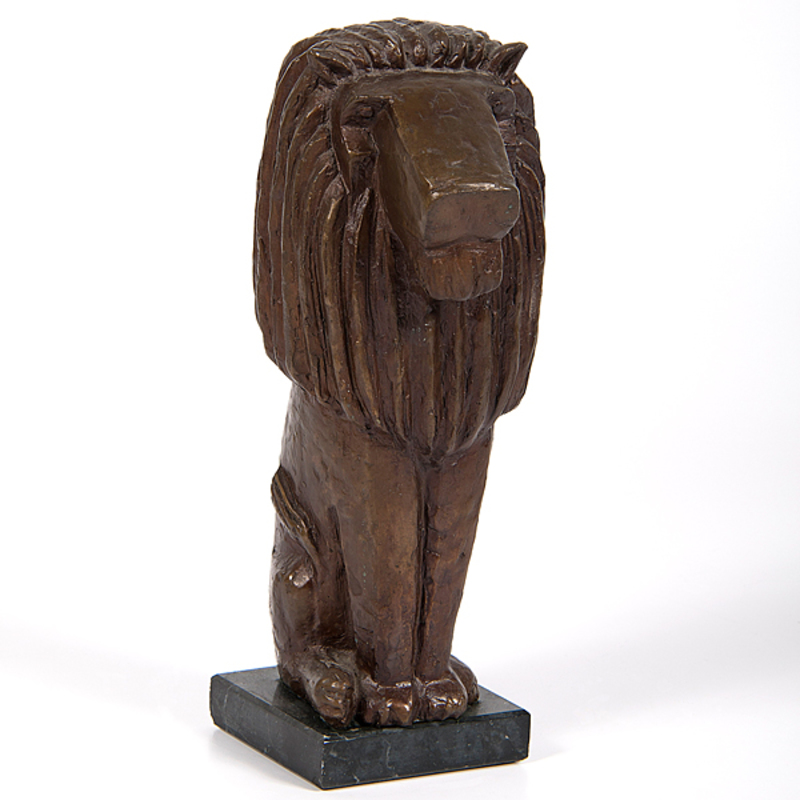 McLion Jr.
bronze
marked on back McV
marble base
mid-20th century
ht. 11, wd. 4, dp. 5.5 in.
McLion Jr. comes with a complete list of all of the owners of the first three editions of this statue and a partial list of the fourth edition, of which this particular lion was a part. The fourth edition consisted of 36 statues. The list was created by the artist and is on his letterhead.
William Mozart McVey was a member of the Cleveland School of artists educated at-and later instructed at-the Cleveland Institute of Art. His public works include several figural and abstract sculptures across Ohio, including the Cleveland Metroparks Zoo and a WPA-funded sculpture of a grizzly bear at the Cleveland Museum of Natural History. McVey was awarded the Cleveland Arts Prize in 1964.

Condition:0.75 x 0.5 inch shallow chip to base at back, additional wear at corners of base