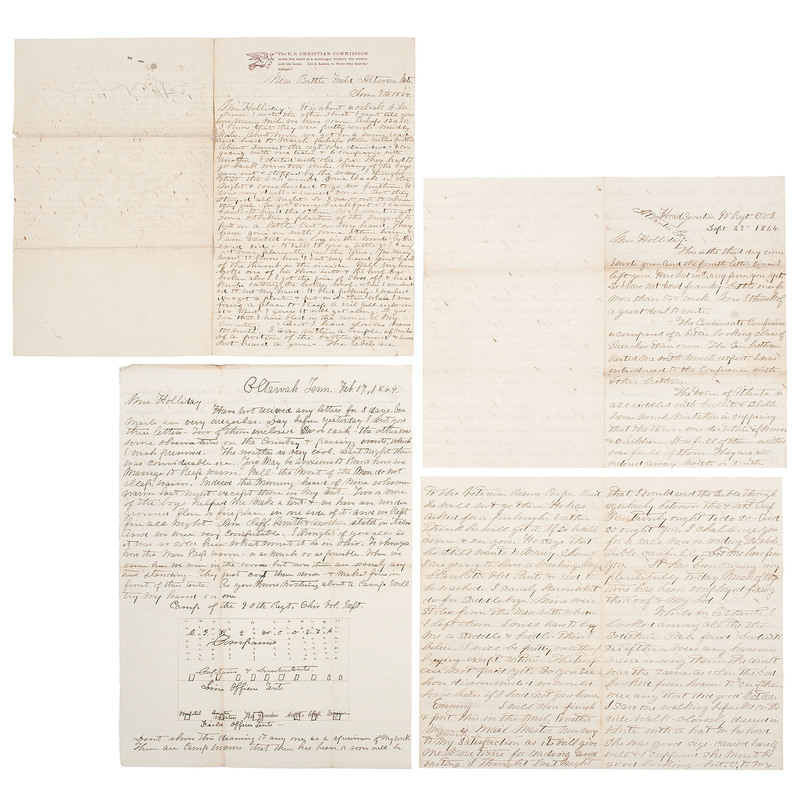 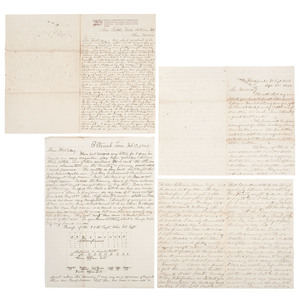 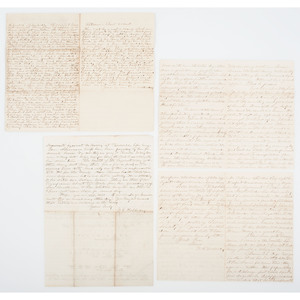 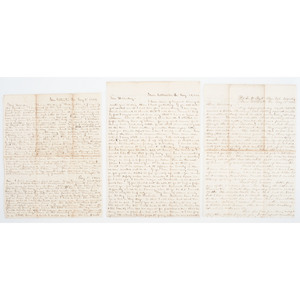 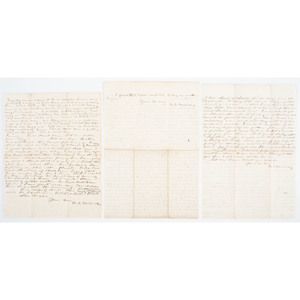 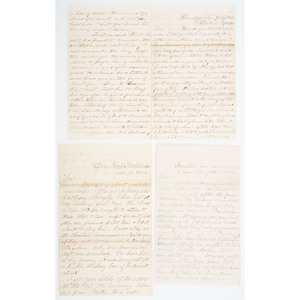 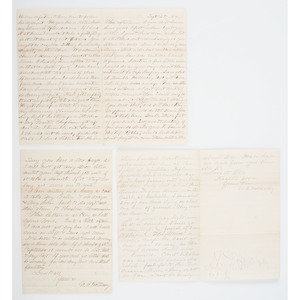 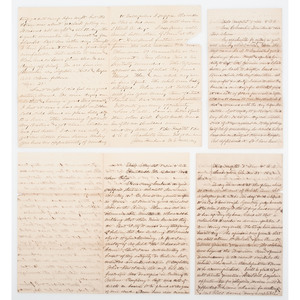 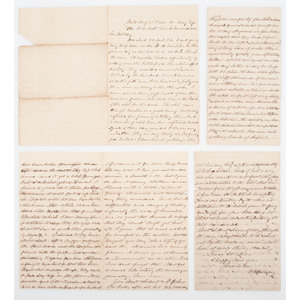 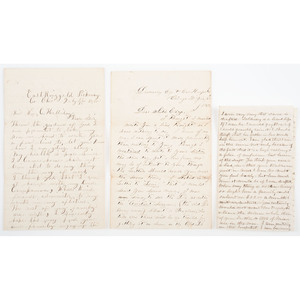 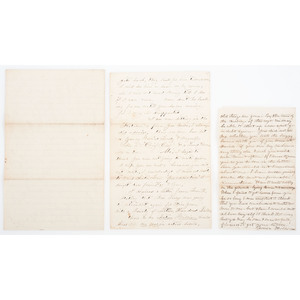 William C. Holliday (1838-1921) was born in Adams County, Ohio. The Minutes of Ohio Annual Conference of Methodist Episcopal Church described him as a “local preacher” as early as 1855. Holliday enlisted on December 21, 1863, as a chaplain and was commissioned into Field & Staff OH 90th Infantry. Holliday mustered out on June 13, 1865 at Camp Harker, TN. The majority of letters in this archive were written by Chaplain Holliday to his first wife, Eliza Cherrington Holliday, and span the duration of his enlistment.

Holliday’s letters include the standard descriptions of health, missing home and family, anticipation of letters from home, names of men killed, weather, etc. Holliday seems to enjoy being a chaplain and wants to be of service to his men and his country. Much of his letter content revolves around religious discussion, and especially his work preaching to the men as described here: “Near Atlanta, GA Aug 4, 1864: Mrs. Holliday, This is the day of ‘Humiliation & prayer’ by the President….I’ll venture that I had a larger congregation than any in Ohio. There were at least 1,000 soldiers present….My text was Psalm 108.12 ‘Give us help from trouble for vain is the help of man.’…I also read the resolution of Congress & Proclamation of the President appointing this a day of Prayer. I spoke of our troubles, their cause,& the source of deliverance. A more attentive congregation I never saw.”

Holliday was not typically on the front lines with his men during engagements. He determined after several months in the regiment that he best served his fellow men by staying in the hospital during battle and ministering to the wounded and dying. This means that typically his writings on engagements are not first-hand accounts, yet he still provides compelling post-battle descriptions of the battle or battlefield, the dead and dying, and ongoing troop movements. Social commentary is not a large part of the archive, however, he does make brief references to slavery (he writes disapprovingly of the amalgamation of the races), the terrible toll of the war on Southern women and children, and Lincoln's re-election.

Some of the most interesting content is related to the early battles of the Atlanta Campaign and the march to Atlanta including references to Tunnel Hill, Resaca, and Lost Mountain. Additionally, there is good content related to the Battles of Franklin and Nashville, and the subsequent pursuit of Hood to the Tennessee River in December 1864. The following excerpts are typical: “Battle Field Nashville Tenn/ 1 Div 4 AC Hospt Dec 15 / 64 (8 PM) Ma – A terrible battle today. We are victorious. About 20 casualties in My Regt. Many of whom are yet to be cared for tonight. I am well. God be praised. Your W. G. Holliday.” Then, “Franklin Tenn Dec 18, 1864/1st Division Hospital 4 AC/ ‘Ma’ Yesterday morning we moved easily in the AM. Our troops had moved rapidly after the panic stricken and fleeing rebels about four miles. It was night. They slept on the mud and under the rain. It rained all day – but this Army is so flushed with victory that they did splendid marching – though tired and worn from two days incessant fighting and almost sleepless nights. We came about fifteen miles. Rebels are still going. It is the greatest victory of the war....” And writing to his wife from the Field Hospital "Six Miles North Columbia Tenn." on the next day, “Mrs. Holliday, It is about 7oclock PM. I sent you a very brief letter on the 18 at Franklin. On this same day we marched about 14 miles through the rain. At Franklin I had an opportunity of circling over the battlefield. The rebels suffered terribly. They assaulted our works and were killed by the hundred. I counted on one side the pile over three hundred and fifty graves. There were as many on the other side…”

Letters are generally in good condition and legible.