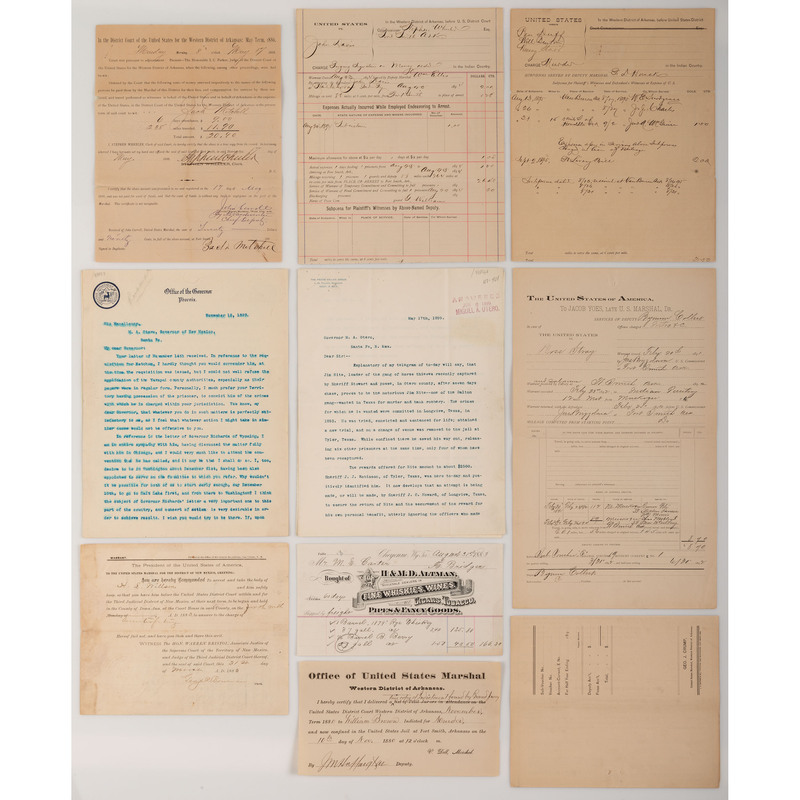 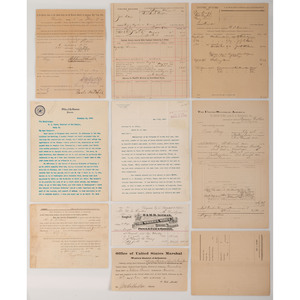 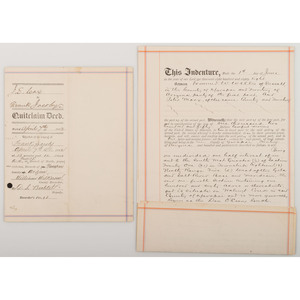 Fullen, L.O., Mgr, The Pecos Valley Argus. TLS, 3pp, Eddy, NM, 17 May 1899. To Miguel A. Otero, Gov. New Mexico. Explaining: "Jim Nite, leader of the gang of horse thieves recently captured by Sheriff Stewart and posse, in Otero county, after seven days chase, proves to be the notorious Jim Nite -- one of the Dalton gang -- wanted in Texas for murder and bank robbery. The crimes for which he is wanted were committed in Longview, Texas, in 1893. He...obtained a new trial, and on a change of venue was removed to the jail at Tyler, Texas. While confined there he sawed his way out, releasing six other prisoners at the same time...

"The rewards offered for Nite amount to about $2500. ....It now develops that an attempt is being made, or will be made, by Sheriff J.C. Howard, of Longview, Texas, to secure the return of Nite and the securement of the reward for his own personal benefit, utterly ignoring the officers who made the capture. I think you will agree with me that this is hardly fair to Sheriff Stewart...and certainly it is the duty of the authorities of the territory to protect our officers in matters of this kind, and must be done, if we are to expect faithful and competent service."

He goes on to note that the Governor will be asked to sign paperwork to effect the transfer of Nite back to Texas, and can influence events at that point. "I think it is  only due to the officers ... that they be given every possible protection in the  discharge of their duties. It is a dangerous and arduous task they have to perform, and certainly they are entitled to all the financial returns possible from it."

Murphy, N.O., Gov. Arizona. TLS, 2pp, Phoenix, 18 Nov. 1899. To Miguel A. Otero, Gov. New Mexico. Most of the letter is regarding arranging a meeting, possibly at a later event which they both plan to attend. On letterhead of the Executive Department of Arizona.

Warrant to the U.S. Marshal in the District of New Mexico, for the arrest of H.S. Willson. 31 March 1883. On the charge of counterfeiting.

Voucher for payment for travel while performing services for the US. Marshal at Fort Smith, AK. Feb. 25. 1892.

Voucher for expenses incurred in serving a warrant dated 2 Aug. 1894, for the arrest of Bill Thomas for "introducing and selling spiritous liquor" in Indian Country. Fort Smith, AK, 6 Aug. 1894.

Voucher for expenses incurred in serving a warrant dated 23 Aug. 1894, for the arrest of John Davis for "Forging Signature on Money order" in the Indian Country. Fort Smith, 25 Aug. 1894.

Voucher for expenses incurred by witnesses testifying in court in the Western District of Arkansas, Fort Smith, 17 May 1886.

Voucher that indictment for murder served to William Brown, then confined in jail at Fort Smith, AK. 10 Nov. 1880.