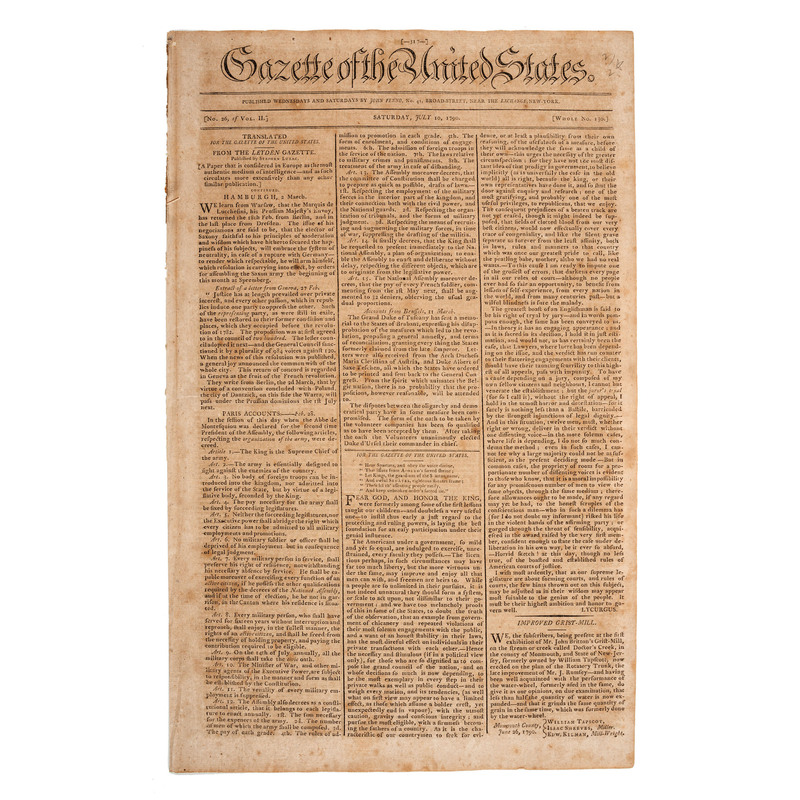 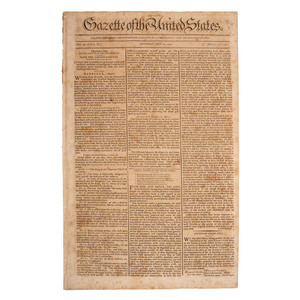 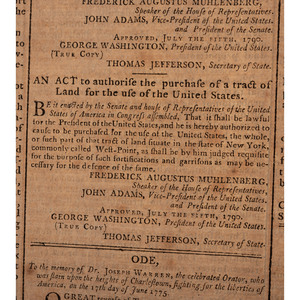 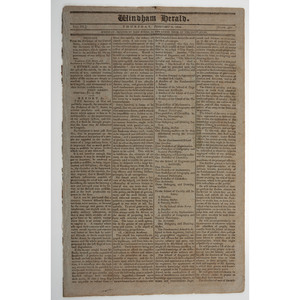 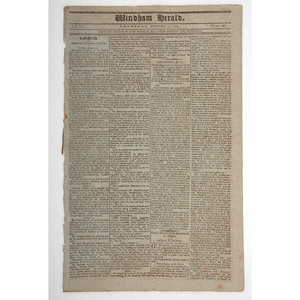 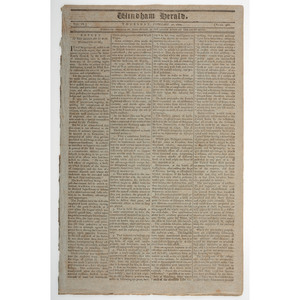 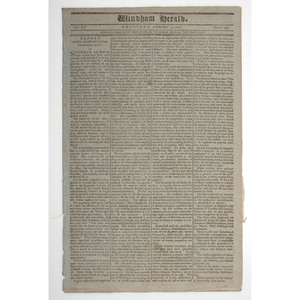 [With:] Four consecutive issues of the Windham Herald. Windham, CT: John Byrne, 6, 13, 20, 27 February 1800. approx. 10.5 x 16.5 in. 4pp, Vol. IX, Nos. 466-469 (all disbound, some toning). Issue No. 466 devotes the entire front page to a report from Secretary of War James McHenry (1753-1816) in which he describes "certain measures which appear to him to be necessary for the improvement of our military System," beginning with the establishment of a "Military Academy" as a "means of preparing such a force with certainty and expedition" as was necessary for the safety and security of the nation. A lengthy description of the proposed schools within the academy and the officers, professors, and teachers that would be employed ensues. The following three issues continue with the remainder of the Secretary's report, devoting nearly an entire page on the 13th, approx. 1.5 pages on the 20th, and just over a full page on the 27th.

Two years after the Windham Heralds were published, President Jefferson, at last, signed the legislation that would formally establish the United States Military Academy at West Point.