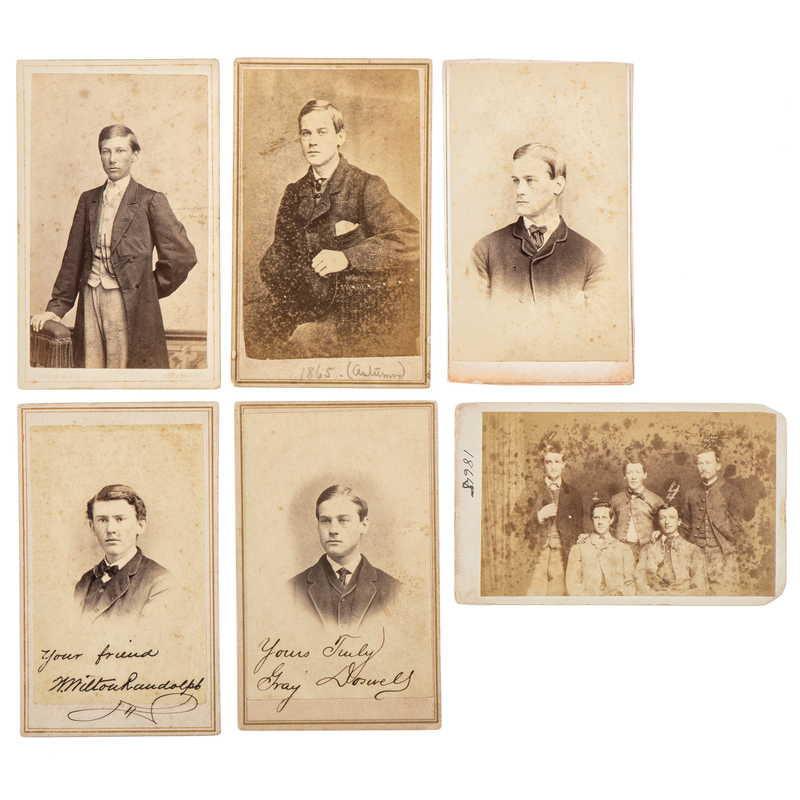 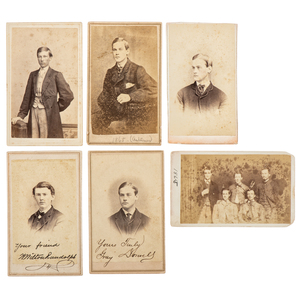 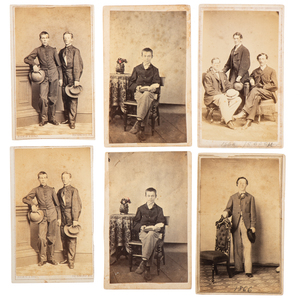 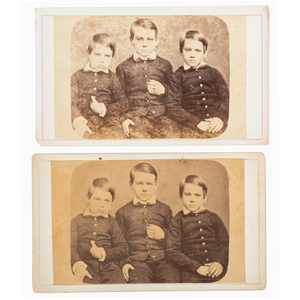 Lot of 14 CDVs, including cartes of Gray Doswell, W. Wilton Randolph, J.D. Reed and T.M. Rutherford, plus portraits of other young Virginians.

The 3rd Local Defense was organized in September 1864, mostly from young men serving in Confederate departments such as Post Office, War, Treasury, Quartermaster, and Medical Purveyors. Local Defense units also often included men under the age of 18 and some older men who had served their time or were wounded and could not withstand the rigors of field service or were even too old to enlist. The 3rd Local Defense regiment was called out to fight at Saylor's (Sailor's) Creek (Apr. 6, 1865), part of the Appomattox Campaign, as Federal troops closed in on the Army of Northern Virginia. Many were captured, but Lee surrendered just three days later.

A few with clipped corners. Most with some handling wear.