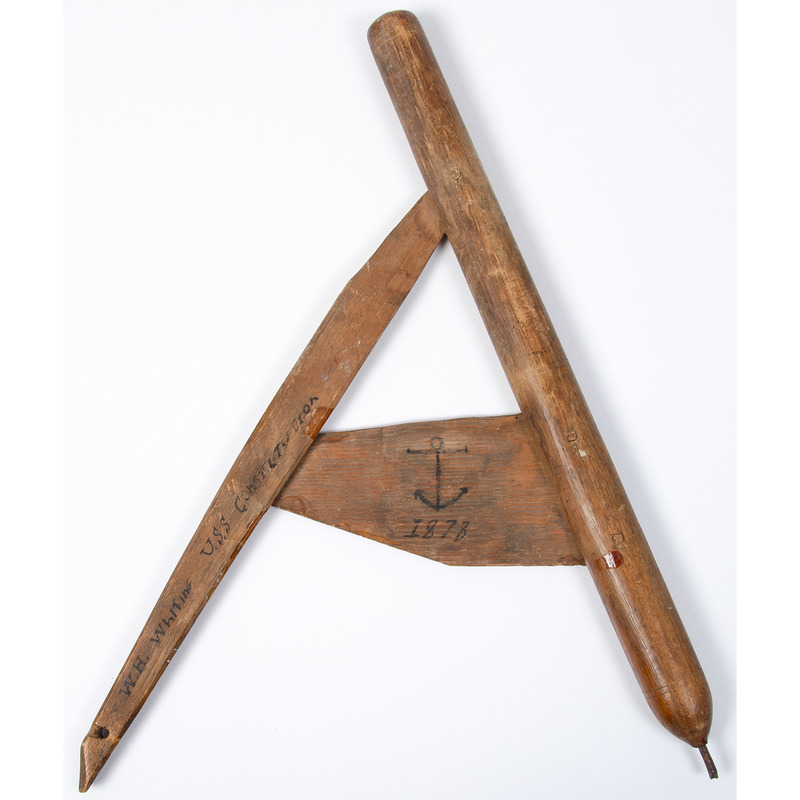 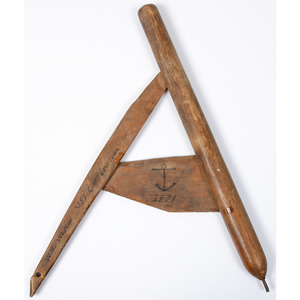 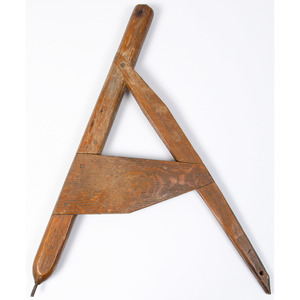 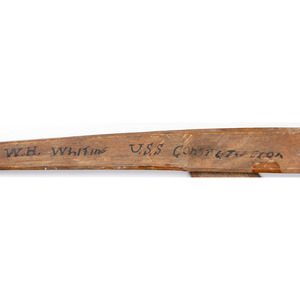 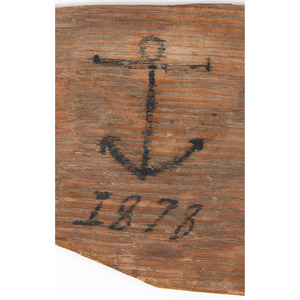 18th- and 19th century sailing ships were often at sea for many months, so necessarily they had to be largely self-sufficient. A spinning wheel was useful in producing twine for sail repairs; the twine could be further used to create rope.

A fascinating and unique piece of American naval history!

After a four-year refitting in Philadelphia, "Old Ironsides" was tasked with transporting American exhibits to the World’s Fair in Paris, departing Philadelphia on February 26, 1878. Commanding Officer of the frigate for the cruise was Captain O.C. Badger.

Congress by Joint Resolution of December 15, 1877, authorized the Navy Department to send a warship to France for the purpose of carrying the material and equipment to be displayed in that building. Secretary of the Navy Richard Thompson decided that the proper ship to carry out that worthy pur­pose was “Old Ironsides;” the Executive Officer for that voyage was  W(illiam) H(enry) Whiting.

She sailed from League Island Navy Yard at Philadelphia on February 28, 1878. After an uneventful voyage of several weeks, the Constitution entered her destination of Le Havre, France on April 3, where she discharged her cargo. She visited a num­ber of the ports of Europe during the rest of the year. On her return to Le Havre in December at the close of the Exposition, she took aboard fresh supplies, re-em­barked the exhibits from the Paris Exposi­tion and on January 16, 1879 headed for home.

An 1863 graduate of the US Naval Academy, Ensign William Henry Whiting was commended by Admiral Farragut for exceptional Civil War service in the Battle of Mobile Bay. Whiting went on to serve with distinction, commanding a number of ships, including several in the Philippines during the Spanish American War, until his appointment in 1899 as the first commandant of the US Naval Training Station on Yerba Buena (or Goat) Island in San Francisco harbor. He retired as Rear Admiral in 1905.

Provenance: From the estate of Herman Otto Sudholz, Commander of USS Constitution 1980-1985. During his command Sudholz initiated a program to replace carronades with those of the correct 1812 model and began the inclusion of a detachment of the Constitution’s crew in Presidential inaugural parades. "Old Ironsides" is the world's oldest commissioned naval vessel still afloat, and the ship’s website states Sudholz may be the longest-serving Commander in the ship’s history.