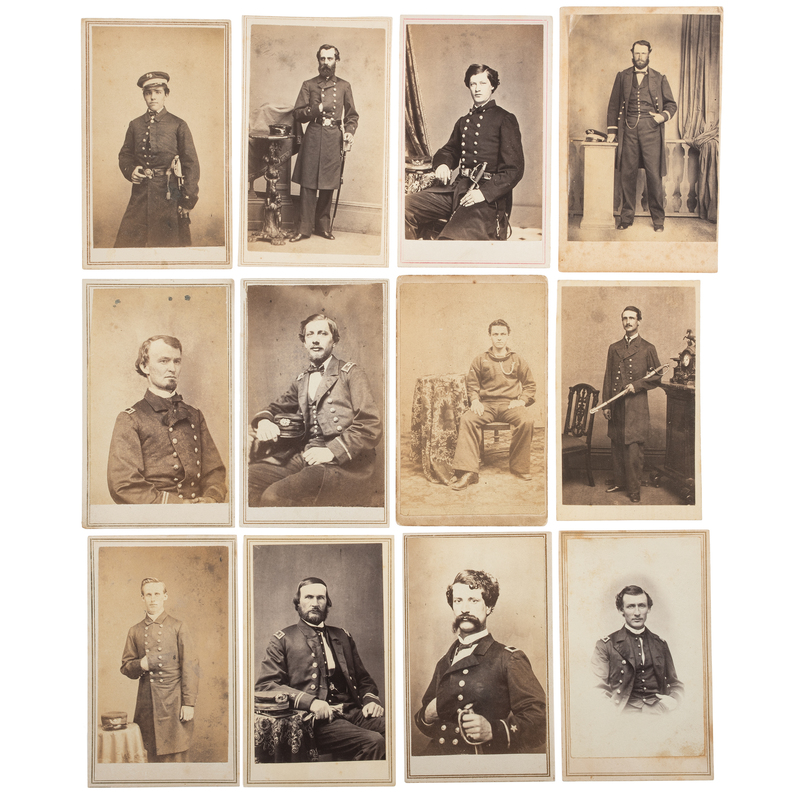 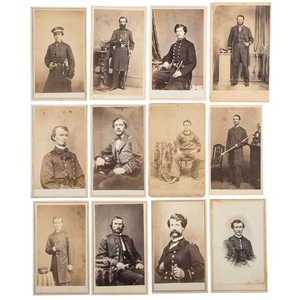 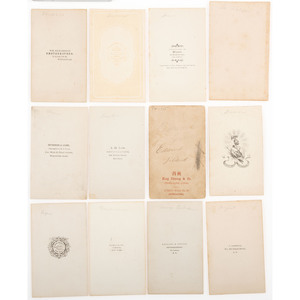 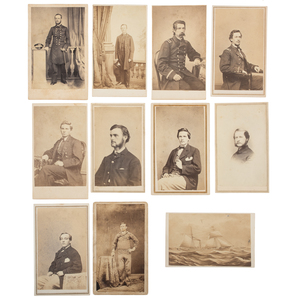 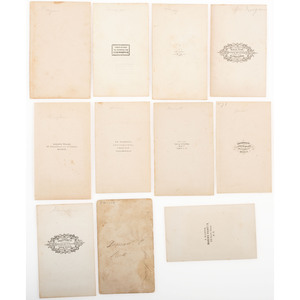 Leather bound album, 3.5 x 5 in., containing a view of an unidentified warship followed by twenty uniformed naval subjects (plus two more in civilian dress), all identified in period pencil by last name only but in the same hand throughout. Of the twenty-two images, ten are positively identified by rank, five more are named but not positively identified, three are presumably officers in civilian attire, two other penciled last names are illegible, and the last two are named enlisted sailors. Album likely assembled sometime during 1864, as nearly all of the uniformed officers exhibit aspects of rank insignia consistent with the 1864 Regulations. Disproportionate number of engineers in the album contraindicates that these officers and men are from the same ship, while the concentration of technical officers suggests either a shared comradeship by branch of service, or perhaps an unnamed school ship. The array of eastern seaboard back marks are indicative of service afloat with the Atlantic blockade. Other than the penciled last names on album pages there is no other writing in album itself.

Album itself in rough condition with edge wear and missing spine and brass clasp. Interior album pages good with a few lifting at bottom.  Body of cartes are generally VG with light edge wear, a few showing heavier wear. Other than the penciled last names on album pages there is no other writing in album itself.