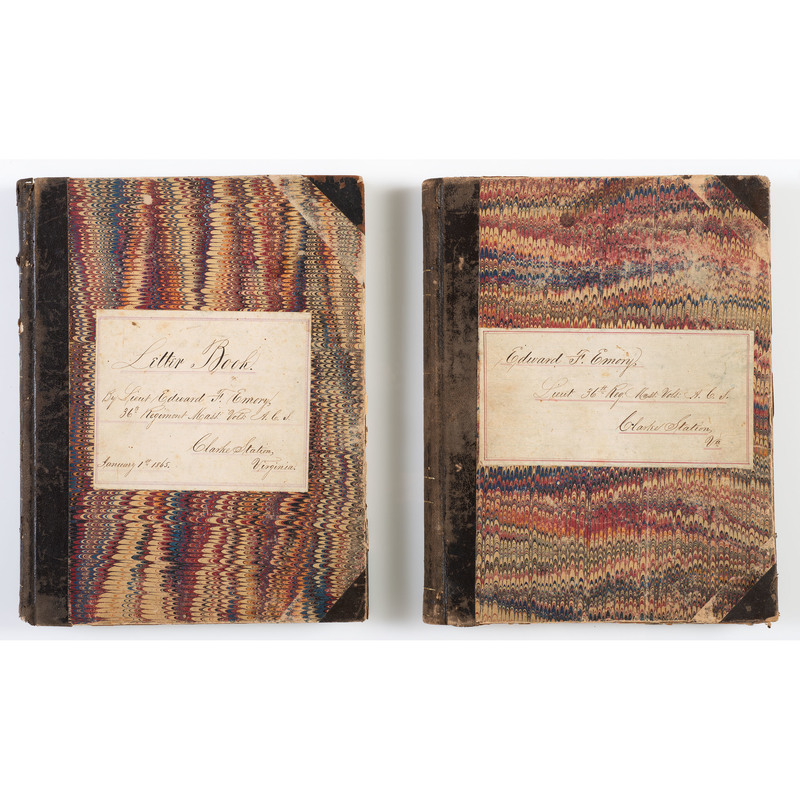 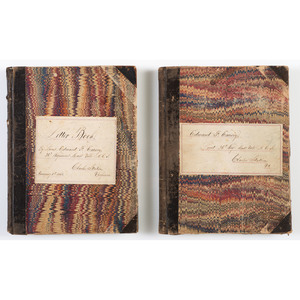 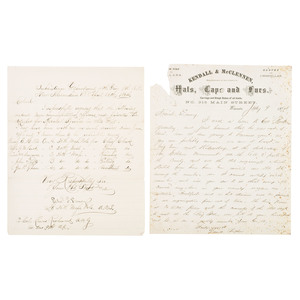 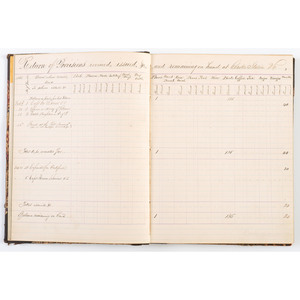 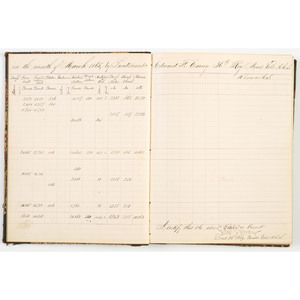 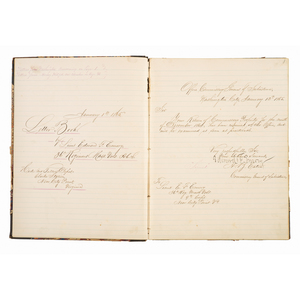 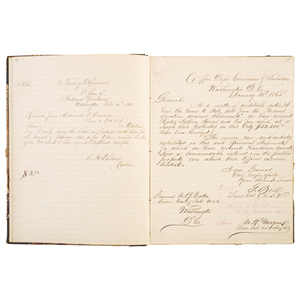 Edward F. Emory (1841-1912) enlisted as a commissary sergeant on 7/17/1862 at Fitchburg, MA, then mustered into Field & Staff MA 36th Infantry. Emory received promotions to 2nd lieutenant, then 1st lieutenant, and was mustered out on 6/8/1865 at Alexandria, VA. In his role as commissary sergeant, Emory was responsible for purchasing, issuing, and accounting of rations for the men in his regiment, as well as accounting for hides, hoofs, etc on behalf of the Hide and Tallow Department.

Book one, identified boldly on the cover "Letter Book" was written at Clarke Station, VA, and contains 12 pages of record keeping and 32 pages of letters. Some letters are written to generals and others in Washington, DC. Other letters seem to be signed by colonels and generals such as Colonel Thomas Wilson, Chief Commissary, Army of the Potomac, Brigadier General Amos B. Eaton, Colonel M.R. Morgan, and Colonel Thomas Wilson. Letters written to Joseph J. Lewis, Commissioner of Internal Revenue, Washington, DC, are also enclosed.

Ledgers are accompanied by a letter from Emory to Colonel Lewis Richmond, AAG, requesting five non-commissioned officers and privates be detailed for Special Services in his department. Plus fold-out letter from the Office of Commissary General of Subsistence, Washington, DC, to Edward Emory dated 1865, showing the money and tax he has paid and made while with the Office of Commissary.

Ledgers in good condition given age with all text legible.