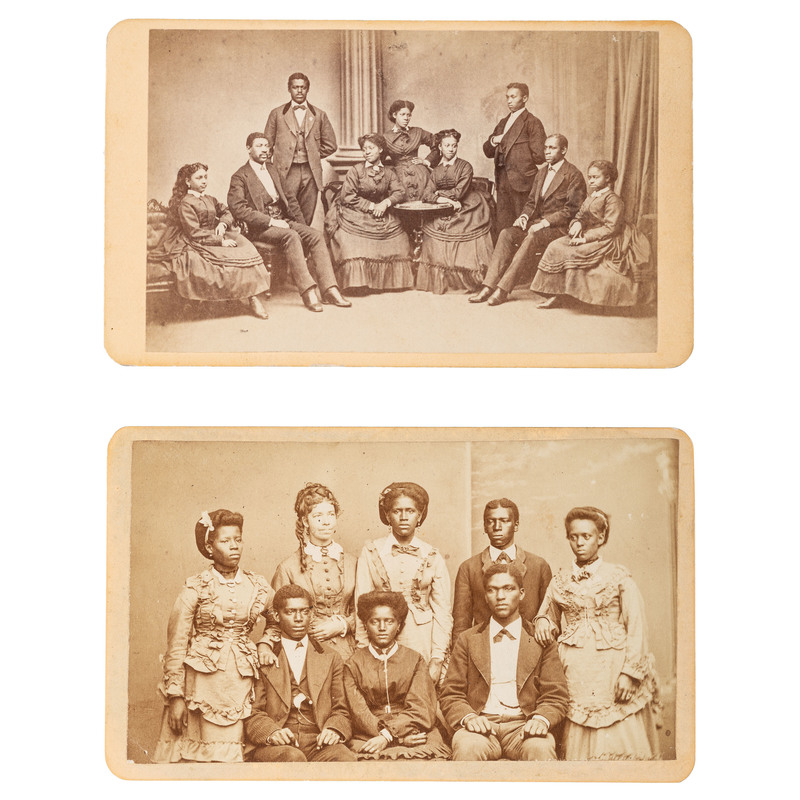 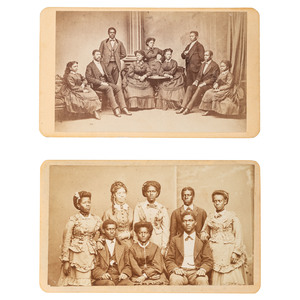 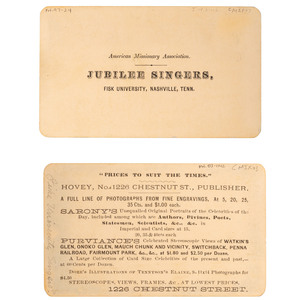 Established three years after the issuance of the Emancipation Proclamation, Fisk University was the first American university purposed to provide a liberal arts education to African American students. Due to diminished funding the institution soon struggled financially, leading a group of nine students to form an a capella group in hopes of raising money. The vocalists, many of whom were former slaves, became known as the Fisk Jubilee Singers. Their performances (including most notably at the White House for Ulysses S. Grant and at Buckingham Palace for Queen Victoria) introduced audiences across the world to African American spirituals such as "Go Down Moses," "Swing Low, Sweet Chariot," and "Did the Lord Deliver Daniel," with inspiring results. Mark Twain, who was a frequent audience member of the Jubilee Singers, wrote of the experience:

"I was reared in the South, & my father owned slaves, & I do not know when anything has so moved me as did the plaintive melodies of the Jubilee Singers. It was the first time for twenty-five or thirty years that I had heard such songs, or heard them sung in the genuine old way—& it is a way, I think, that white people cannot imitate—& never can, for that matter, for one must have been a slave himself in order to feel what that life was & so convey the pathos of it in the music."

While the original group disbanded in 1878, a new version was created in 1879 including some original members. The Fisk Jubilee Singers continue to perform to this day, building on and promoting the legacy of the original singers who used their common heritage and talent to support their groundbreaking institution nearly 150 years ago.

Both CDVs with light surface soil and some toning. Mounts with some discoloration and wear to edges/corners. Both with collection/identification code penciled on verso along upper edge.