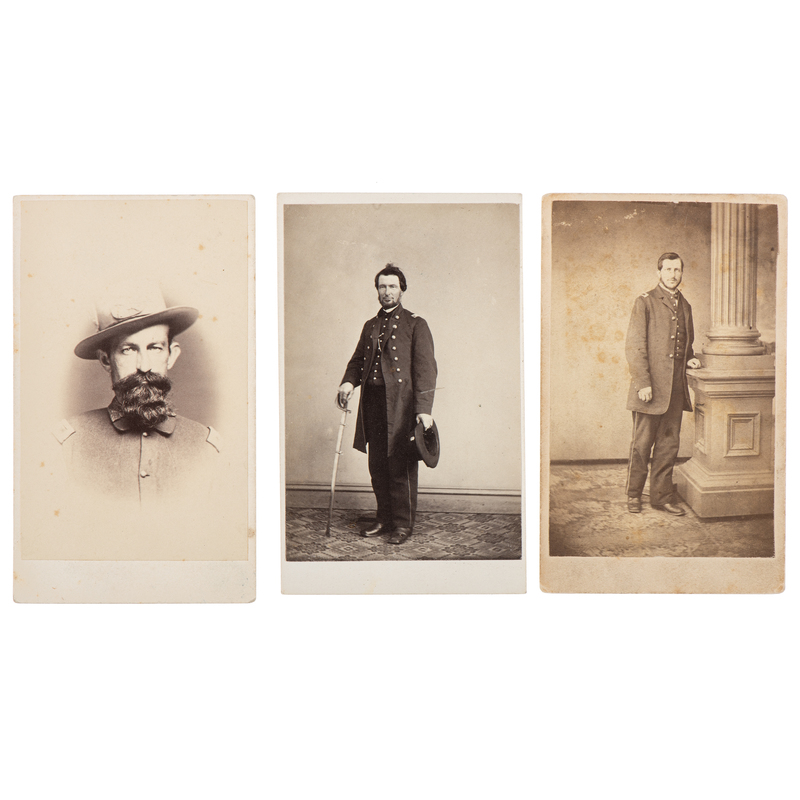 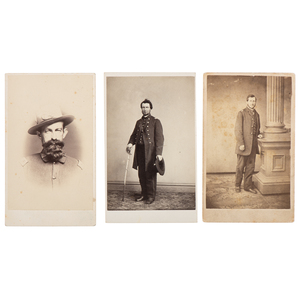 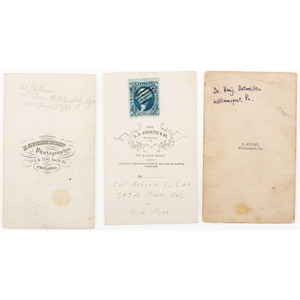 Born into a military family in Philadelphia, Francis Patterson enlisted alongside his father during the Mexican-American War, attaining the rank of captain by 1855. At the outbreak of the Civil War, Patterson was commissioned colonel of the 17th Pennsylvania Infantry. After one year of service, he was promoted to brigadier general and given command of the 3rd Brigade, 2nd Division, III Corps, Army of the Potomac. This position was short-lived, however: after just two months and barely as many battles, Patterson was forced to relinquish his command because of a severe illness, likely typhoid fever. He returned to the field in the fall of 1862 but soon miscalculated an enemy maneuver at the Battle of Catlett's Station. His withdrawal of the brigade, allegedly without orders, prompted his court martial by a military board inquiry. Before the trial was held, however, Patterson was found dead in his tent from a self-inflicted gunshot wound.

Robert Cox, a native of Lycoming County, enlisted in November of 1862 as a major and was commissioned into the 171st Pennsylvania Infantry. This regiment served for one year, primarily performing garrison duty in North Carolina. In the summer of 1864, Cox was authorized to raise a regiment, resulting in the 207th Pennsylvania Infantry, of which he was commissioned colonel. With his men, Cox participated in the closing scenes of the war, including Hatcher’s Run, Fort Steadman, and the surrender of Lee at Appomattox. He was brevetted brigadier general in April of 1865.

Dr. Benjamin Detwiler graduated from the University of Pennsylvania in 1855 and developed a thriving medical practice in Lycoming County. He enlisted in the Union Army on July 1, 1863 as an assistant surgeon and was commissioned into the 37th Pennsylvania Infantry.

Varying degrees of toning, spotting, and soiling to all three. Circular staining to mount of verso of Patterson carte, with more pronounced wear and soil to portrait of Detwiler.