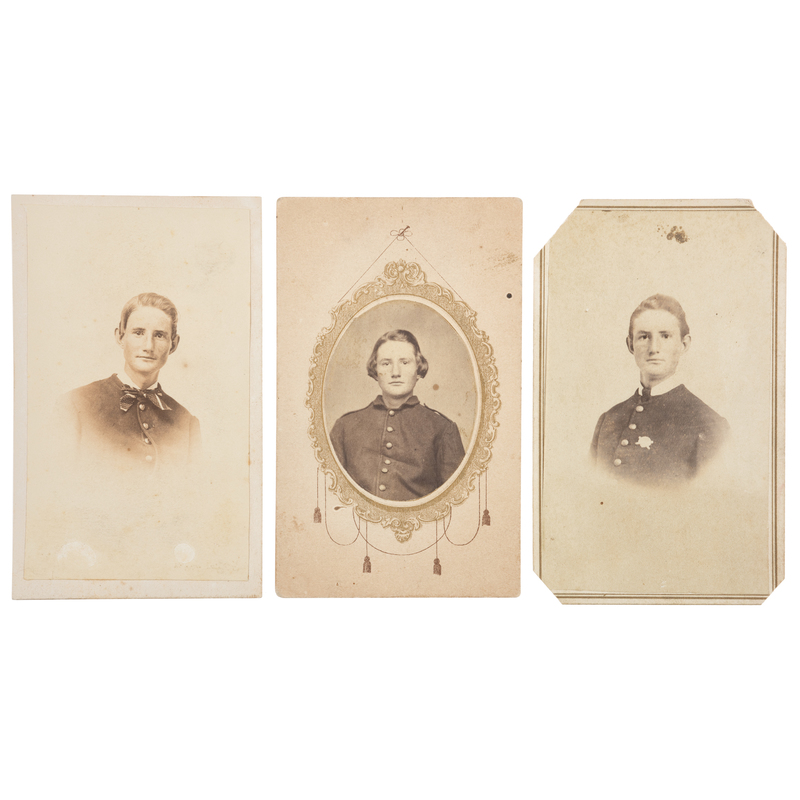 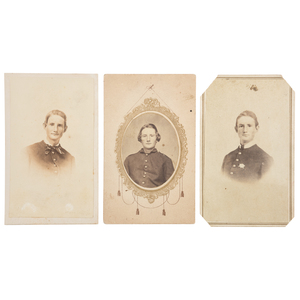 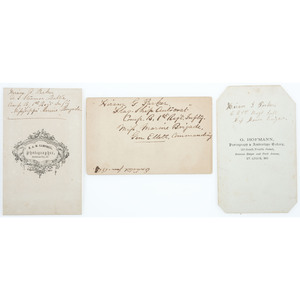 Hiram G. Parker (1845-1918) worked as a farmer in Jacksonville, Illinois when he enlisted as a Private in Company B, 10th Illinois Infantry on August 13, 1861. He was discharged on January 3, 1863 in order to enlist in the Mississippi Marine Brigade (MMB) serving with that ad hoc unit until it was formally disbanded in December 1864. Only cursory details are known of the continuum of Hiram Parker's post-war life, including his marriage in Illinois and subsequent migration to Kansas in 1870. He took a position as a prison guard at the State Penitentiary, after which he entered the general mercantile trade in Lansing. Parker died in San Francisco on December 31, 1918.

A number of different Illinois regiments supplied men to the innovative MMB, first commanded first by Charles Ellet, Jr. (1810-1862) and later his brother Alfred W. Ellet (1820-1895). Appointed Colonel of Engineers by Secretary of War Edward Stanton, the former civil Engineer Charles Ellet, Jr. oversaw the construction of the United States Ram Fleet in Cincinnati and commanded the fledgling force of converted river steamers against a Rebel flotilla at the Battle of Memphis, where he was mortally wounded. Alfred W. Ellet, formerly Lieutenant Colonel, 59th Illinois, assumed command of the Ram Fleet in June. He was promoted to Brigadier General in November 1862 after proposing a mixed force of infantry, cavalry, and artillery that never exceeded 850 men to act as "marines" aboard the roving Mississippi Ram Fleet. Ellet led the MMB during the Vicksburg Campaign in a series of smaller combined operations that generally reflected well upon the nascent command, despite complications of leadership.  In the face of ongoing administrative problems and internal complaints, the Secretary of War ultimately scuttled the MMB in August 1864. At this point a number of long serving officers were relieved or discharged angering General Ellet, while the "marines" were removed from their vessels and assigned to shore duty in Vicksburg.

Identified Mississippi Marine Brigade images, particularly as nicely inked as these, are rare.

St. Louis bm CDV with clipped corners, all with minor wear and light soiling, VG+  Ink identifications on verso of all three cartes bold and clear.