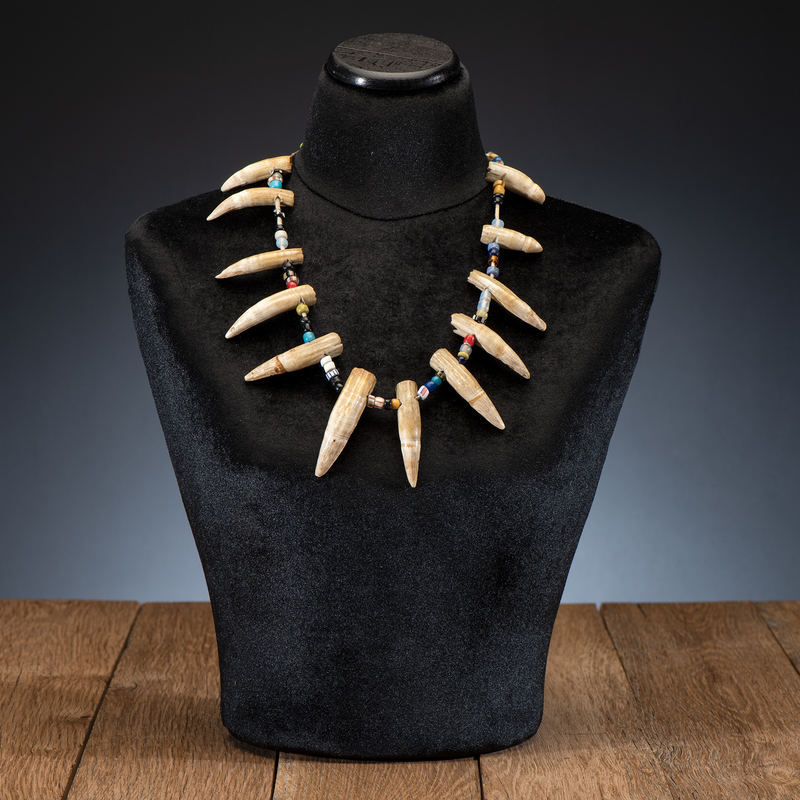 Trade Bead and Tooth Necklace, From the James B. Scoville Collection

12 teeth, possibly alligator are strung on a hide thong and separated by an assortment of colorful glass trade beads, length of necklace 20 in.; lengths of teeth range 1.5 in. to 3 in.
second half 19th century

Included is a typed note of provenance: Collected by Frederick Betz, bugler in the Third Cavalry. Betz served in the Comanche and Kiowa expedition of 1860 under Major Ruff and Col. Crittenden.  He is believed to have collected this necklace of bear's teeth and trader's beads at that time.