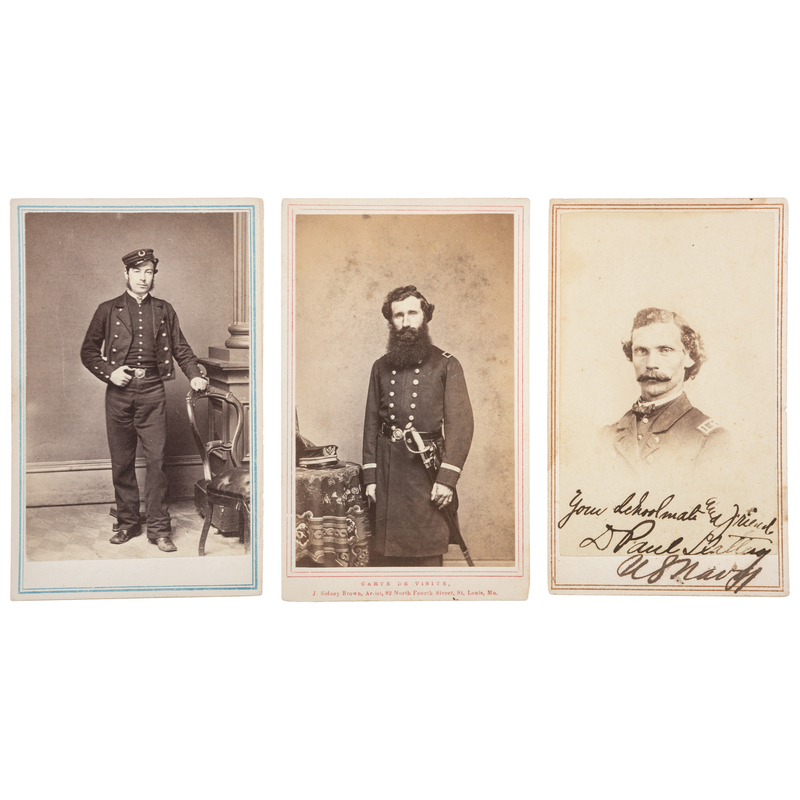 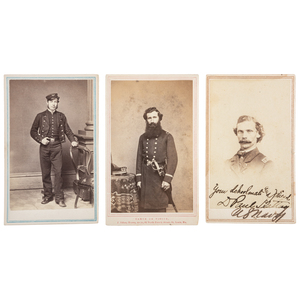 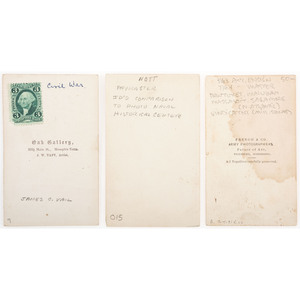 Lot of 3 CDVs, all with Brown Water Navy imprints.

CDV with sharp vignette portrait. French & Co.: Vicksburg, MS, n.d. Ink signed, "Your Schoolmate and Friend / D. Paul Slatterly / US Navy." Daniel Paul Slatterly: acting ensign 3/19/63, acting master 7/19/64, discharged 2/9/66. Modern pencil notation records Slatterly's service on Pawtuxet, Malvern, Massasoit, Sagamore, and Vindicator (Mississippi Squadron). USS Vindicator was a former civilian steamer commissioned as a gunboat in May 1864.  During the last year of the war she served in the Yazoo River expedition and engaged in the pursuit of the Confederate cottonclad CSS William H. Webb on the Red River. During that unsuccessful chase, Acting Master D.P. Slatterly was recorded as having "stoked his boilers to near bursting point." Slatterly later writing, "Such was the spirit animating every officer, man, and boy that all seemed to vie with each other in the rapid and intelligent execution of each order." Vindicator was soon thereafter decommissioned in late April 1865 and sold out of service.

CDV of a heavily bearded officer standing with sword. J. Sidney Brown: St. Louis, MO, n.d. Identified in modern pencil as "Nott" with notation confirming same from "comparison to photo from Naval Historical Center." Hugh Nott: acting assistant paymaster 2/17/63, discharged 12/12/65. Only one reference to Nott being assigned to either the Memphis or Natchez naval station was found. 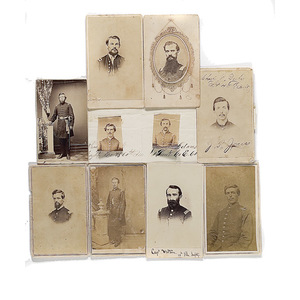 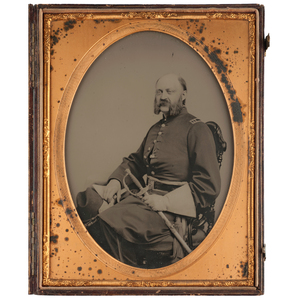 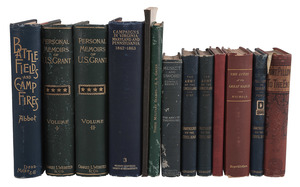