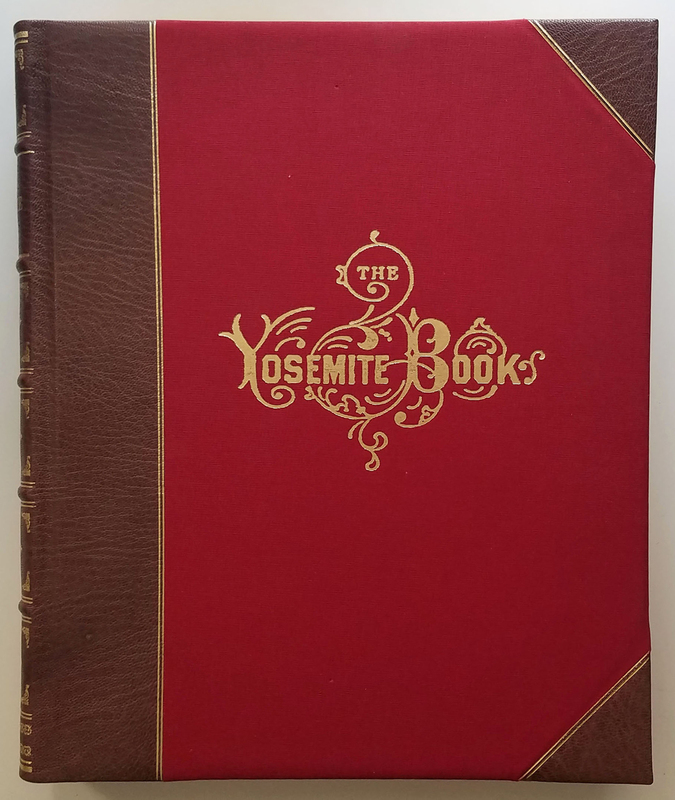 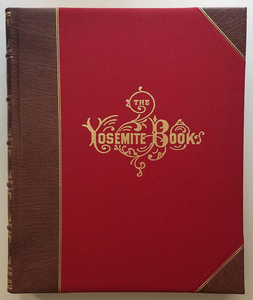 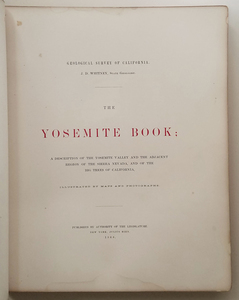 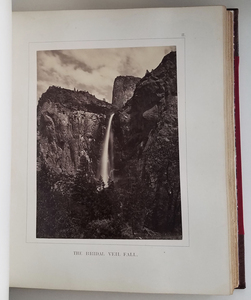 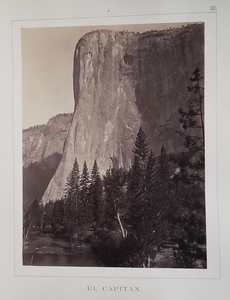 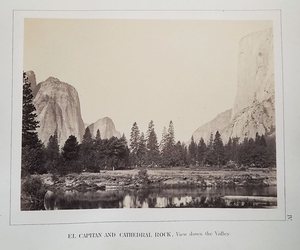 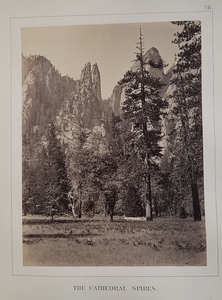 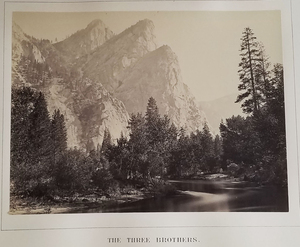 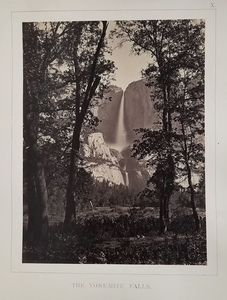 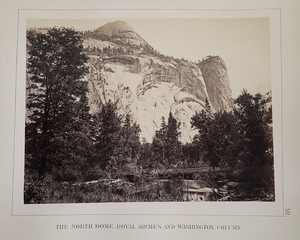 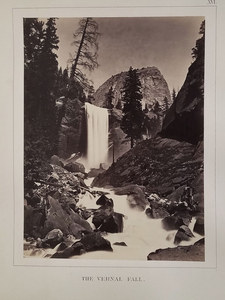 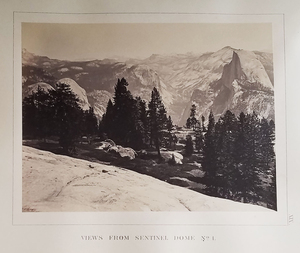 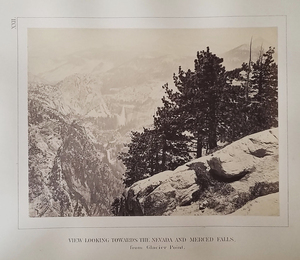 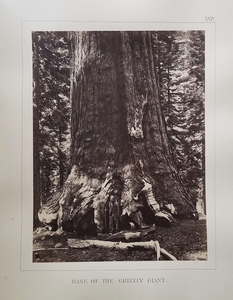 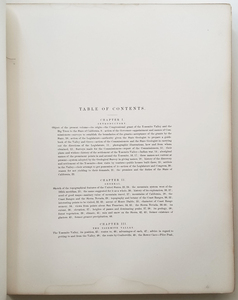 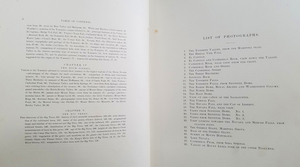 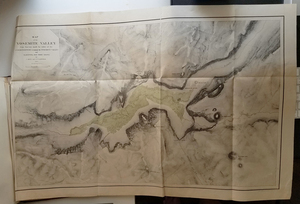 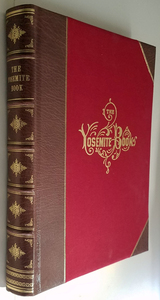 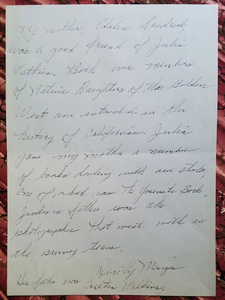 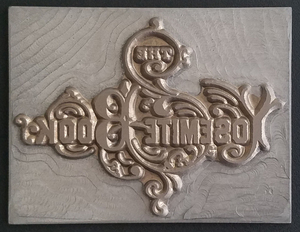 Cover page: "GEOLOGICAL SURVEY OF CALIFORNIA. J. D. WHITNEY, STATE GEOLOGIST. THE YOSEMITE BOOK; A DESCRIPTION OF THE YOSEMITE VALLEY AND THE ADJACENT REGION OF THE SIERRA NEVADA, AND OF THE BIG TREES OF CALIFORNIA, ILLUSTRATED BY MAPS AND PHOTOGRAPHS. PUBLISHED BY AUTHORITY OF THE LEGISLATURE. NEW YORK, JULIUS BIEN. 1868."

Please see the scans for the Table of Contents and List of Photographs.

The Introduction tells us that 24 of the photographs are by Mr. C.E. Watkins and 4 are by Mr. W. Harris.

PROVENANCE. There is strong provenance to this book. There is a letter that comes with it. It was handwritten by a woman named Dorothy, stating that the book belonged to her mother, Edalene. Edalene received the book from a friend, Julia Watkins. Julia Watkins was the daughter of Carleton Watkins. Carleton Watkins and his daughter, Julia, lived in Capay, California together, which is where this book originates. The likely scenario is that this is Carleton's personal copy, which he gave to his daughter, Julia, who then passed it on to her friend, Edalene, which is how it ended up with Edalene's daughter, Dorothy. This book that we're offering surfaced in Woodland, California approximately 10 years ago. Woodland is 16 miles from Capay, where Carleton Watkins and his daughter, Julia, lived.

Also includes a metal plate that has laterally reversed text: "THE YOSEMITE BOOK."

This is a singular large item, so special packing fees apply. See the shipping terms for details.

Condition:Binding: This book has been rebound and so the binding is in excellent condition. Cover: Vibrant red without blemishes. Text section: Light water stains (as in VERY light) on the bottom of most pages, usually only half an inch into the page. At no point is it more than an inch from the bottom. None of this affects the text whatsoever. Occasional small brown spots, with an emphasis on occasional. Photograph section: Unlike the text section, no water stains and no brown spots. Very good throughout. 2 of the photographs show fading and another is printed slightly right. The remaining plates are remarkably rich in tonality.

THIS AUCTION IS BEING HOSTED BY THE DAGUERREIAN SOCIETY. ALL QUESTIONS ABOUT THE AUCTION INCLUDING ABOUT ITEM CONDITION SHOULD BE DIRECTED TO GREG FRENCH AT auction@daguerreiansociety.org.

Cowan's will not be providing shipping services. For questions about shipping, contact Greg French at auction@daguerreiansociety.org.