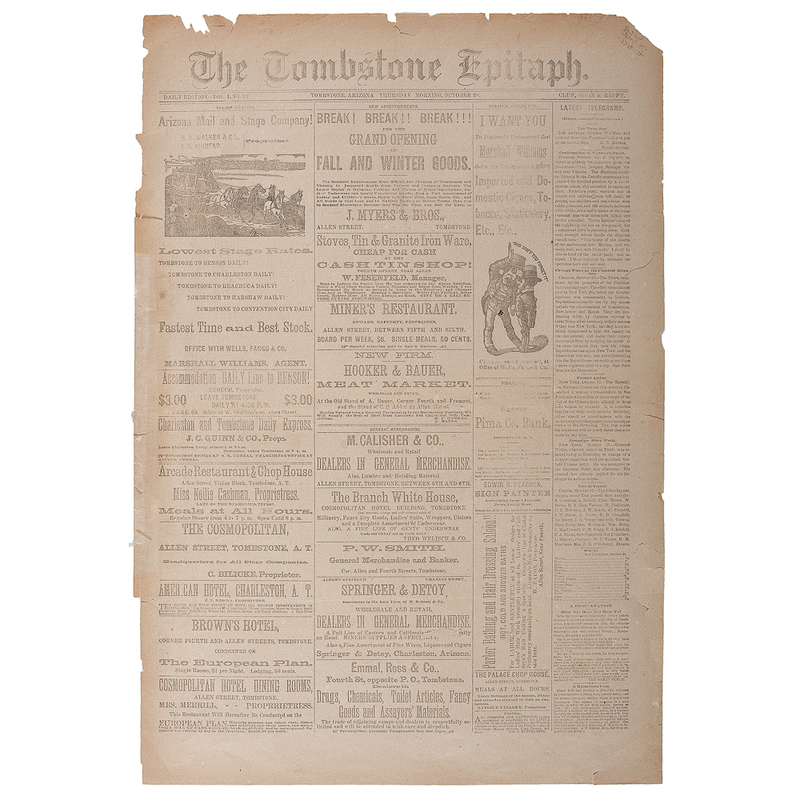 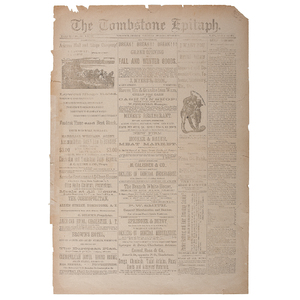 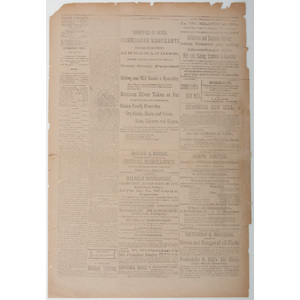 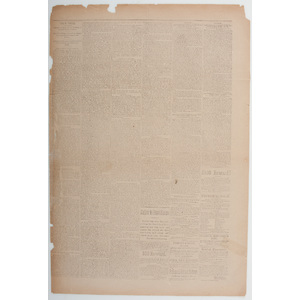 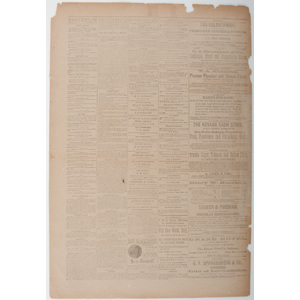 The Tombstone Epitaph, October 1880, with the Shooting of Marshal Fred White by Curly Bill

This historic newspaper account was likely printed less than 12 hours after the infamous shooting, which occurred around 12:30 a.m. on October 28th.

Fred White was elected marshal on January 6, 1880, as Tombstone's first town marshal. Tombstone, a booming mining town, was increasingly earning a reputation for violence and lawlessness. Marshal, however, had earned a reputation as a professional lawmen and was generally respected, even by the "Cowboys" who were known to create regular disturbances in the town. On the night of October 27, 1880, a group of Cowboys were recklessly firing their weapons in the street in violation of city ordinances. White responded to the sound of gunshots soon to be followed by the legendary lawmen Wyatt Earp. The paper describes the incident saying "At 12:30 last night a series of pistol shots startled the late goers on the streets, and visions of funerals, etc. flitted through the brain of the EPITAPH local, and the result proved that his surmise was correct. The result in a few words is as follows: A lot of Texas cowboys, as they are called, began firing at the moon and stars on Allen street, near Sixth. City Marshal White, who happened to be in the immediate neighborhood, interfered to prevent the violation of the city ordinance, and was ruthlessly shot by one of the number. Deputy Sheriff Earp, who is ever to the front when duty calls, arrived just in the nick of time. Seeing the Marshal fall, he promptly knocked the assailant down with a six-shooter, and as promptly locked him up, and with the assistance of his brothers, Virgil and Morgan, went in pursuit of the others.... At last accounts, 8 A.M., Marshal White was sleeping and strong hopes of his ultimate recovery were expected."

Marshal did not survive, and ultimately his death just two days later helped pave the way for a series of events that would unfold as one of the Wild West's most storied rivalries. The Cochise County Cowboys and their burgeoning feud with the Earp brothers culminated a year later with the Gunfight at the O.K. Corral. This newspaper is a wonderful piece of Western Americana related to a legendary town and the outlaws and lawmen who personified America's Western frontier.

Newspaper is completely separated along vertical fold. Minor losses along edge lines not affecting text. Toned. Print is faint in some places however majority of paper remains legible. 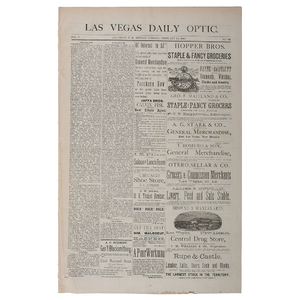 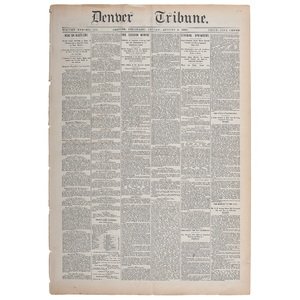 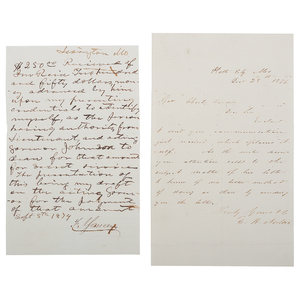 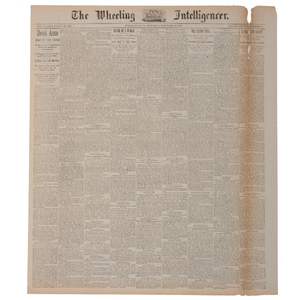