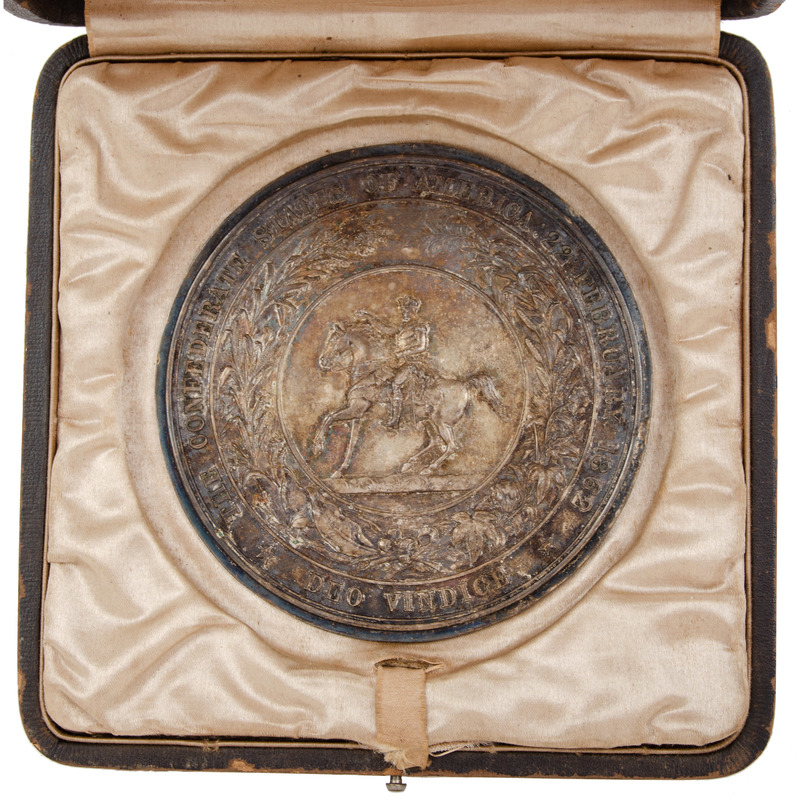 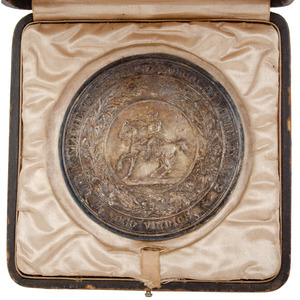 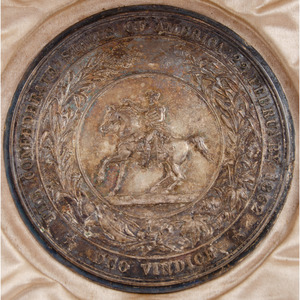 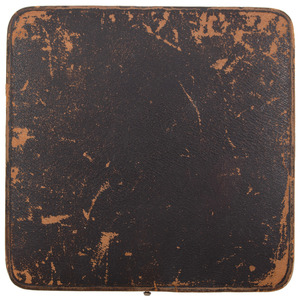 The Great Seal of the Confederate States of America, Cased

Copper electrotype of the Great Seal of the Confederate States of America, 3.5 in. diameter, housed in original leather case. The seal features Washington on horseback, after the Washington Monument in Richmond, Virginia; a wreath made up of the staple crops of the agricultural South (cotton, tobacco, sugar, rice, corn, and wheat); the date 22 February 1862, the day the nation was officially established with Jefferson Davis inaugurated as its president (also Washington's Birthday); and the motto Deo Vindice.


This design was finalized April 30, 1863, and engraved by Joseph S. Wyon but the official dies remained in Bermuda for much of the remainder of the Civil War due to fears of losing them while running the Union blockade.  The original silver seal was left behind in Richmond during the city's evacuation in April 1865 and upon recovery was used to make electrotype copies as souvenirs or mementoes of the failed nation.

Affixed to case lining, not removed for inspection.