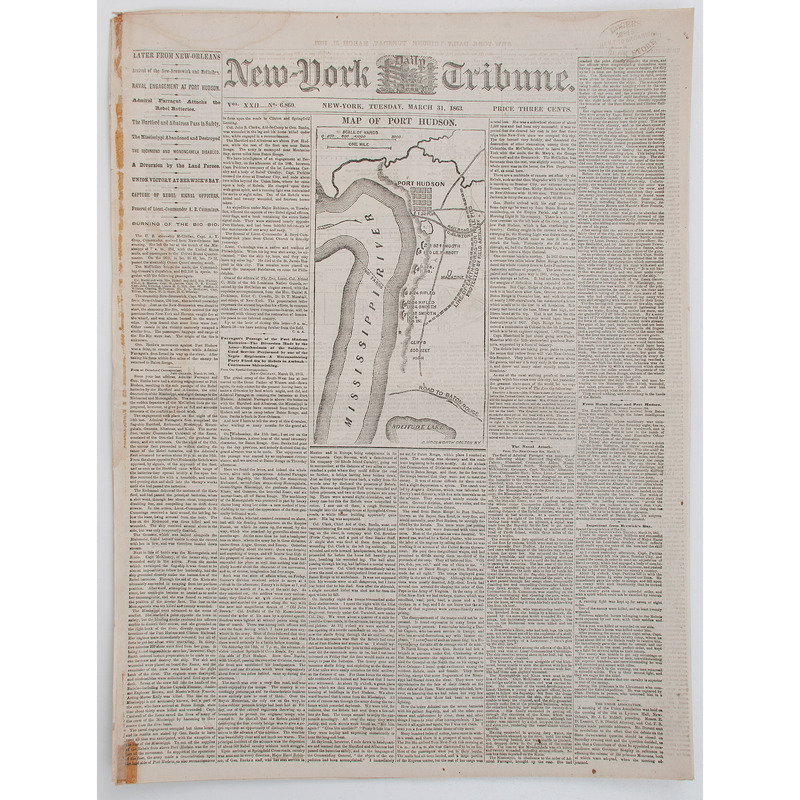 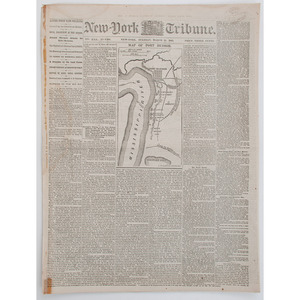 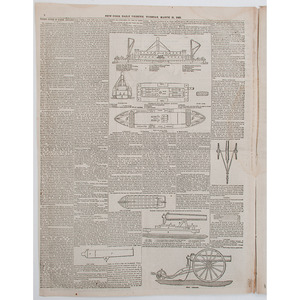 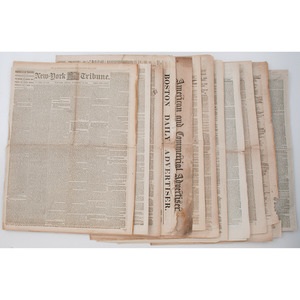 New-York Tribune, September 29, 1862, Vol. XXII, No. 6704, 8pp. Includes information on the "Invasion of Maryland," the war in Missouri, the war in the South-West, the war in Kentucky, Jackson's amputation of his arm, the war with the Indians, more. Disbound.

New-York Tribune, March 21, 1863, Vol. XXII, No. 6860, 8pp. Front with map of Port Hudson, news of engagements in Louisiana, inside pages with drawings of marine artillery and horse-drawn caisson. Old cellophane tape along spine.

The New York Herald, October 4, 1863, whole No. 9879, 8pp. Image of “One of Laird’s Rebel Iron-Clad Rams” on front, containing “Interesting News from New Orleans,” “Desertions from Louisiana and Texas,” “Capture of the Steamer Leviathan by Rebels,” “Her Recapture by the De Soto,” and “Barbarous Conduct of the Rebels.”  Report on national day of Thanksgiving also included. Leaves separated at the hinge, text complete.

The New-York Times, Feb. 22, 1862, Vol. XI, No. 3251, 8pp. Extensive coverage of the Union attack on Fort Donelson, led by Gen. Grant, with a detailed map of the fort and the positions of attack: “Investment of the position,” “The Attack by the Gunboats,” “The Desperate Attempt of the Rebels to Raise the Siege,” "Irresistible Bravery of the national Forces,” and finally, “The Surrender.” Report on funeral of the Lincolns' son also included. Quite clean with some tears and separations at the edges of folds. Text unobscured.

All with short tears, edge scuffing.