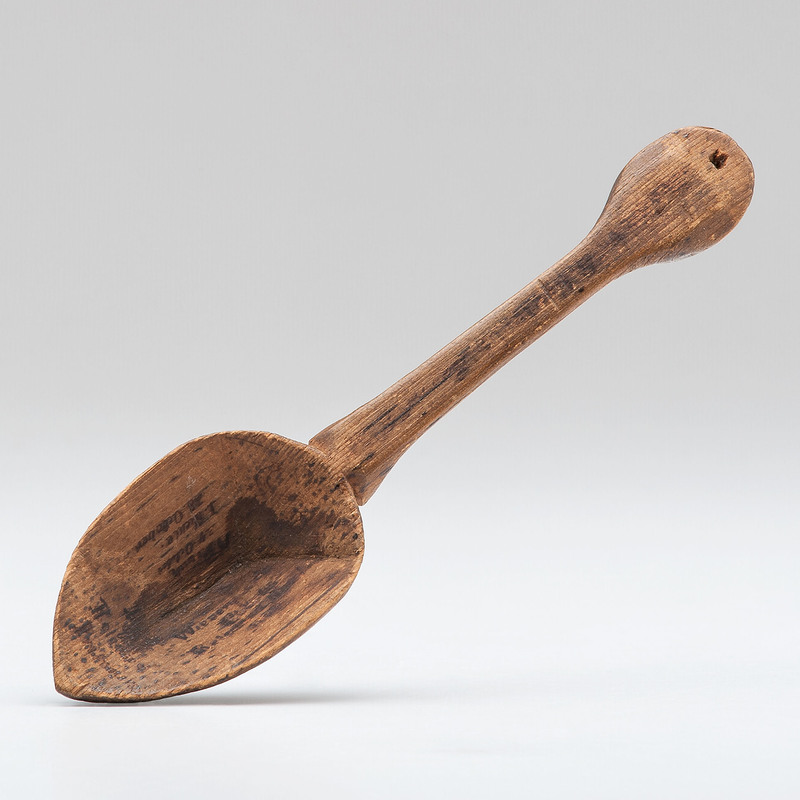 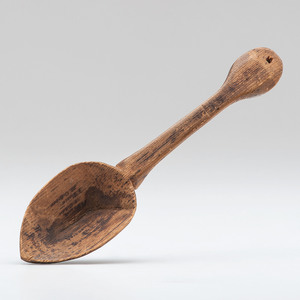 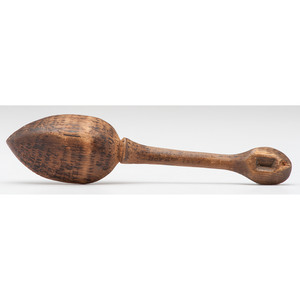 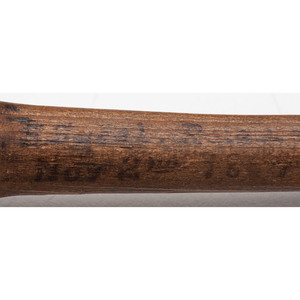 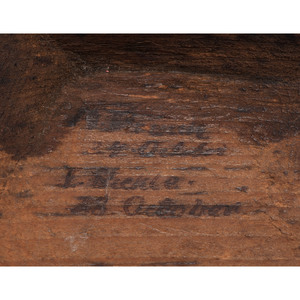 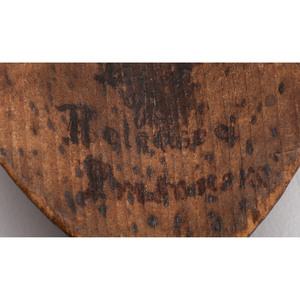 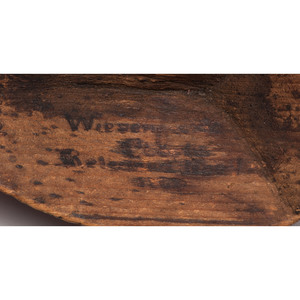 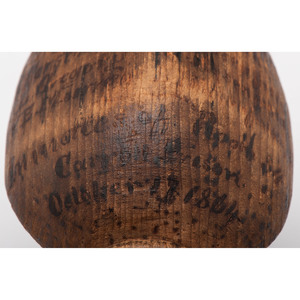 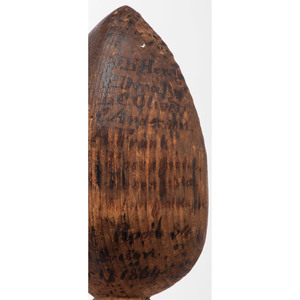 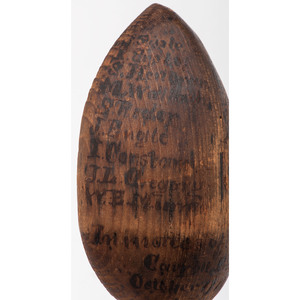 Wooden spoon, 7.5 in. Signed in ink by Confederate prisoners confined at the Old Capitol Prison, also known as Carroll Prison, in Washington, DC. Many signatures accompanied by dates of release.

Old Capitol Prison, so named for its service housing Congress after the Capitol burned in the War of 1812, served as a jail primarily for captured Confederate soldiers, spies, and civilian Confederate sympathizers. The facility was overcrowded and unsurprisingly riddled with disease, bed bugs, and vermin. Cross-referencing prison records verifies the presence of at least three of the individuals listed on the spoon: J. Engle, age 38 of Virginia, was captured near Petersburg, VA on May 11, 1863; A. Frank, a 22-year-old civilian from St. Louis, MO, was captured on September 22, 1862[?], and L.C. Oliver, a clerk in Washington, DC, was captured at the age of 35 on October 17, 1864 and was released on parole in November of 1864 by order of the Secretary of War.

Wear consistent with use, resulting in fading/blurring of some of the text.