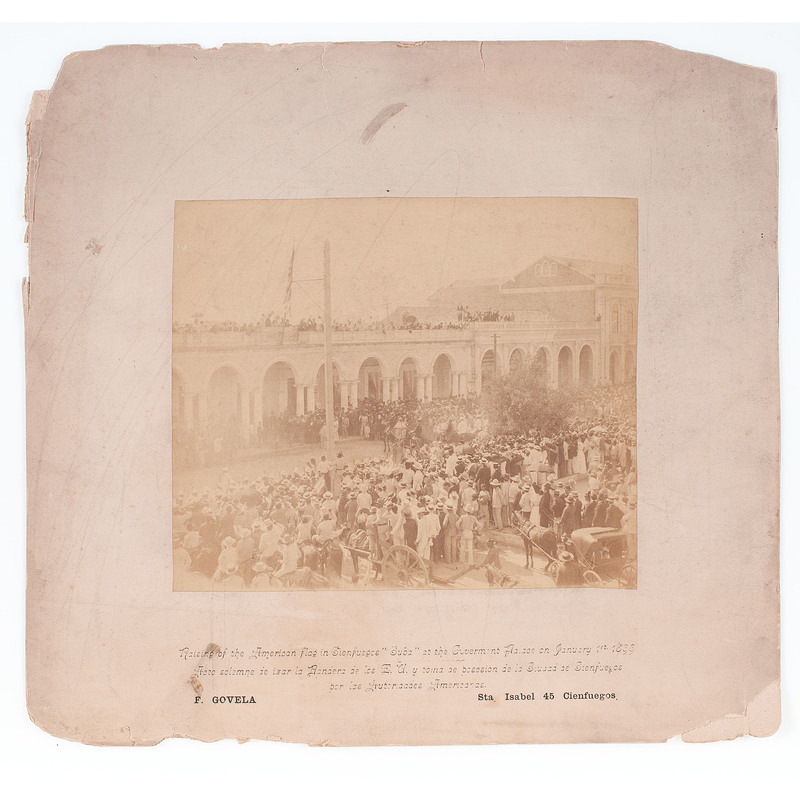 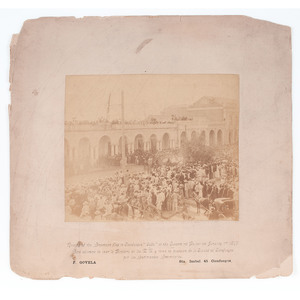 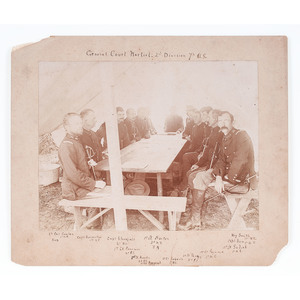 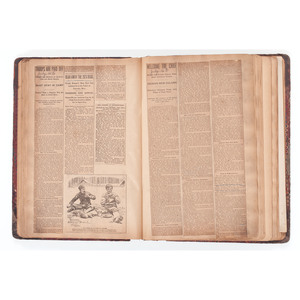 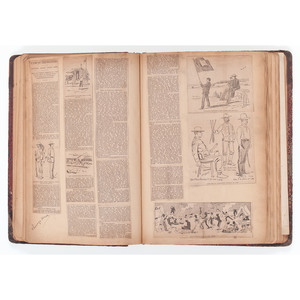 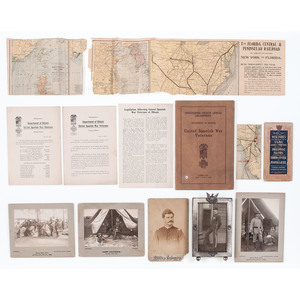 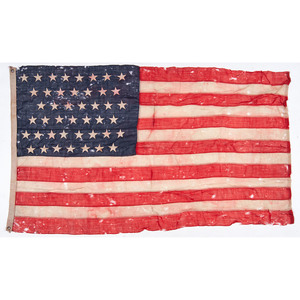 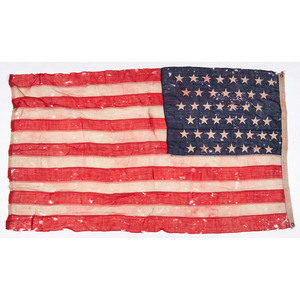 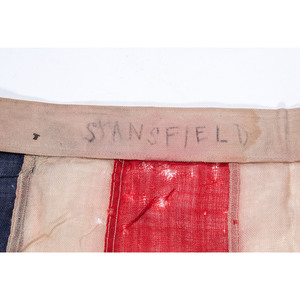 The lot features a large 44-Star US Flag (sewn stars) where the name "Stanfield" is written on the white header.  Large mounted photographs include a scarce “Raising of the American Flag in Cienfuegos Cuba at the Government Palace on January 1st, 1899," [F. Govela, Sta. Isabel 45 Cienfuegos] with Spanish subtitles interpreted to read: “Solemn act of raising the Flag of the United States and taking possession of the City of Cienfuegos for the American Forces”; photograph of officers with written heading “General Court Martial 2nd Division, 7th A.C.," and officers identified on the mount below the image. Lt. Col. Cowles (i.e, Calvin D. Cowles, in Indian Wars) was President of the Board; Photograph of 13 Men (mostly officers) in dress uniforms, 2nd Ill., insignia on one of the collars, probably at a Spanish American War encampment.  [Photographer, "Guy R. Mathis” Springfield, IL. Signed by Mathis on mount and dated 1903.] Various Cabinet Photographs of Stansfield in uniform, mostly taken in Cuba but published by Waterman of Chicago.  One shows him standing in uniform wearing two medals, housed in a metal frame with a patriotic motif (Eagle, Flag, shield). One is presumably signed by him in the back (requesting photo return). One picturing him with large dog with printed mount “Camp Columbia, Havana, Cuba, 1899”, two (2) from “Camp Cuba Libre Jacksonville, Florida, 1898,” picturing him alone in uniform, another a group shot with various officers.

Stansfield was an attorney from Chicago.  During the Spanish American War he was a Captain in the 2nd Ill. Vol, Inf., participating in fighting in Cuba. He was at Cienfuegos, Cuba when the American Flag was raised on January 1, 1899 (see photo) and the US assumed military control.  The 2nd Ill., under Major Wm. P. Dusemberry, (Stanfield’s immediate superior) was the officer in charge of the city. During WW1 Stansfield was a Lt. Col. and received the DSM “for exceptionally meritorious and distinguished service… with the 132d Infantry, 33d Division. In the Bois-de-Chaume during 9 - 11 October 1918, when he... prevented the disorganization of units of regiments that had suffered heavy casualties. He personally reorganized scattered groups and caused them to hold a line which appeared untenable. He has rendered services of great value.”