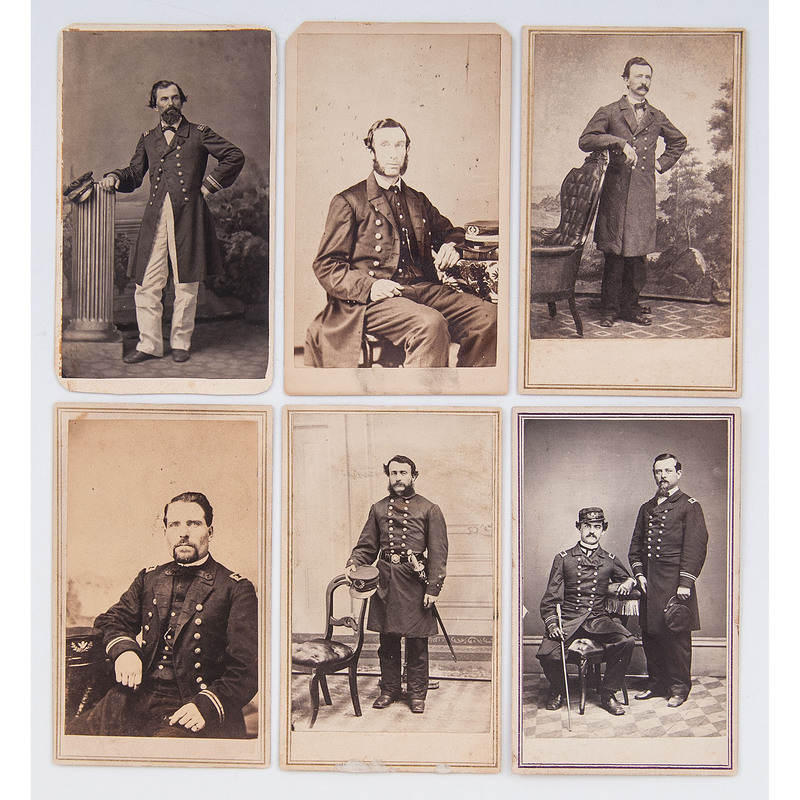 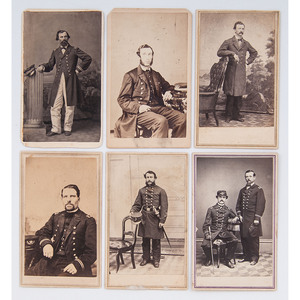 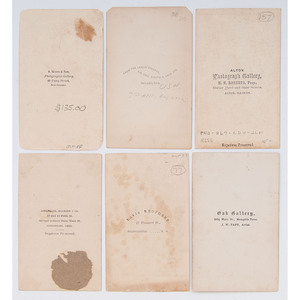 A standing view of either a Midshipman, Master's Mate or Boatswain (1862 Regulations) having "Alton Photograph Gallery, Alton, IL" back mark.

Probably a Clerk (1864 Regulations) with "Davis Bros., Portsmouth, N.H." imprint carry sword. Clerks were not authorized shoulder straps and wore only a plain wreath (no insignia within) on their undress caps.

A sharp photograph showing what appears to be a pair of Assistant Surgeons - one seated, the other standing - with two cuff bands of identical width and shoulder straps with only partially visible insignia (1864 Regulations). Image credited to "J.W. Taft, Memphis." Assistant Surgeon insignia further included straps with one pair of plain gold bars, the undress cap having a nine-pointed leaf within a wreath. The wartime Navy utilized at least three different sets of increasingly complex regulations between 1852 and 1866 so variations, sometimes mixed, are occasionally encountered making positive identification of rank problematic. The standing Assistant Surgeon may be William Byrn, who was a wartime commission as acting assistant paymaster 3/31/63, discharged 12/4/65. During Flag Officer Farragut's campaign to capture New Orleans and the Forts Jackson and St. Philip, Byrn served aboard the USS Pinola as captain's clerk, receiving specific mention in that vessel's commanding officer's report dated April 26, 1862. (See also lot 31.)

An Assistant Surgeon (1864 Regulations) as above but the view closer up revealing details of the cap wreath and shoulder straps.  This carte by "Applegate, Blondin & Co., Cincinnati."

A standing lieutenant (1862 Regulations) by "S. Moses & Son, New Orleans" wearing white summer duck trousers. Insignia consists of a canted anchor within wreath cap insignia, shoulder straps having two sets of double pips on either side of canted anchor, and two rank bands on cuff, the top slightly narrower than the bottom.

Two cartes with clipped corners top or bottom, else VG. to EXC.