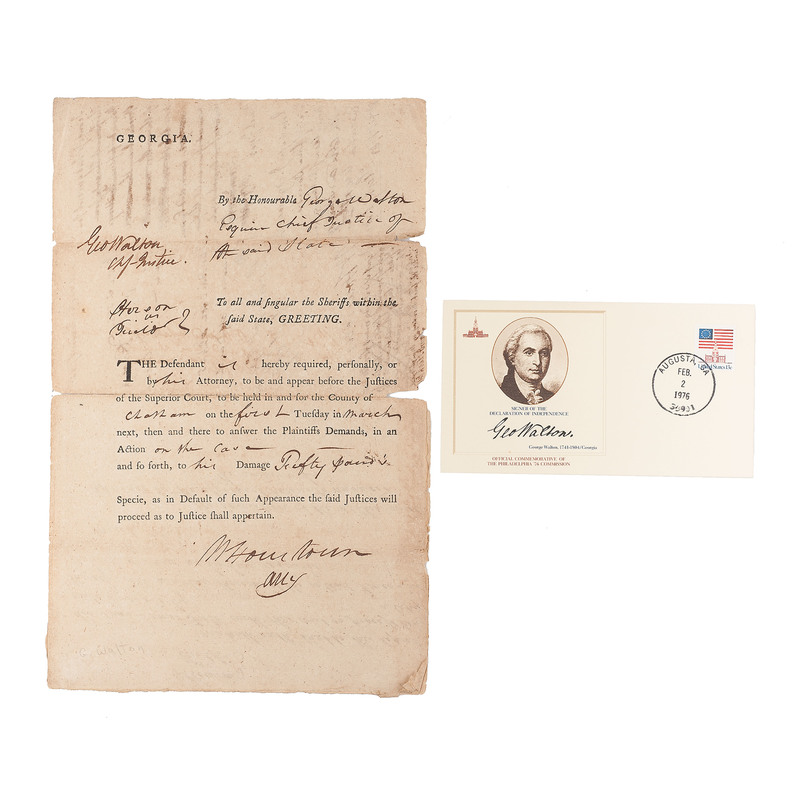 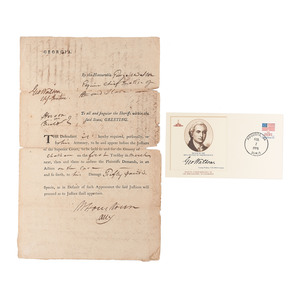 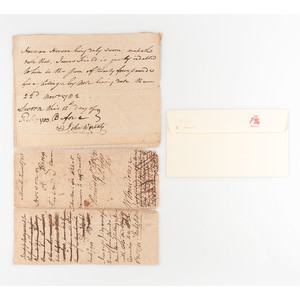 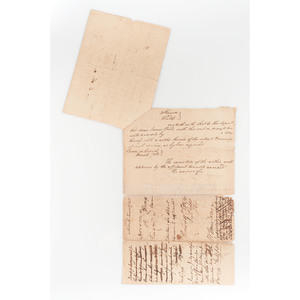 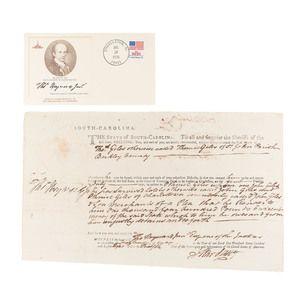 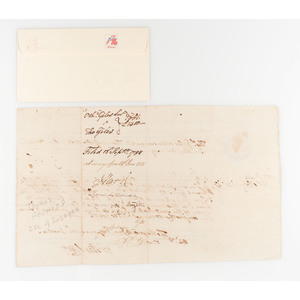 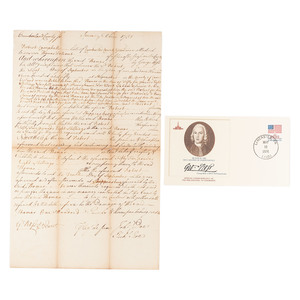 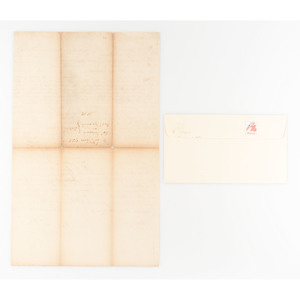 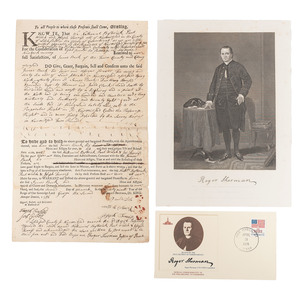 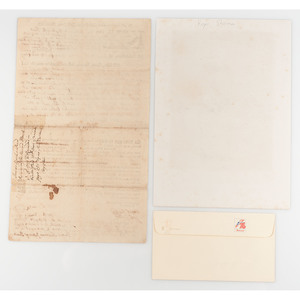 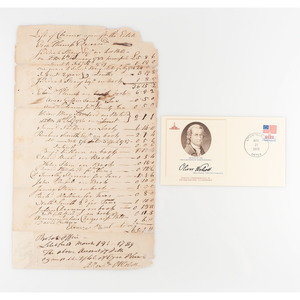 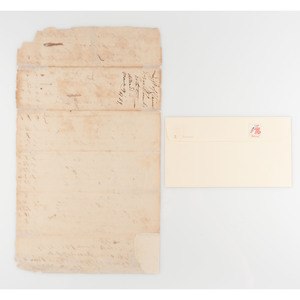 Ross, George (1730-1779), signed the Declaration and the Continental Association as a representative of Pennsylvania. Also vice president of the Pennsylvania constitutional convention and Judge of the Admiralty Court of Pennsylvania. DS, 1p, 7.75 x 12.375 in., "Cumberland County." January 1850. Creasing as expected with minor losses at center fold lines.

Sherman, Roger (1721-1793), signed the Declaration as a representative of Connecticut. Only person to sign the four great state papers of the United States: the Declaration of Independence, Articles of Association, Articles of Confederation, and the Constitution. Partially printed DS, 1p, 7.25 x 12.25 in., Litchfield County, CT. March 2, 1756. Toning, creasing as expected.

Walton, George (1749-1804), signed the Declaration as a representative of Georgia. Later served as Chief Justice of Georgia (1783-1789), Governor (1789), US Senator (1795), Indian commissioner (1783), and more. Partially printed DS as Chief Justice of Georgia, 1p with period ink notations on verso and on additional half sheet, 8 x 12 in., Georgia. Undated. Brittleness, with creasing as expected and some tearing at fold lines.

Wolcott, Oliver (1726-1797), signed the Declaration and the Articles of Confederation as a representative of Connecticut. Later served as Governor of Connecticut. DS, 1p, approx. 7.25 x 12.5 in. March 19, 1789. "List of Claims against the Estate [of] Ezra Plump, Deceased." Wear to edges with minor losses.

Each autograph presented with a commemorative portrait postal cover from 1976.