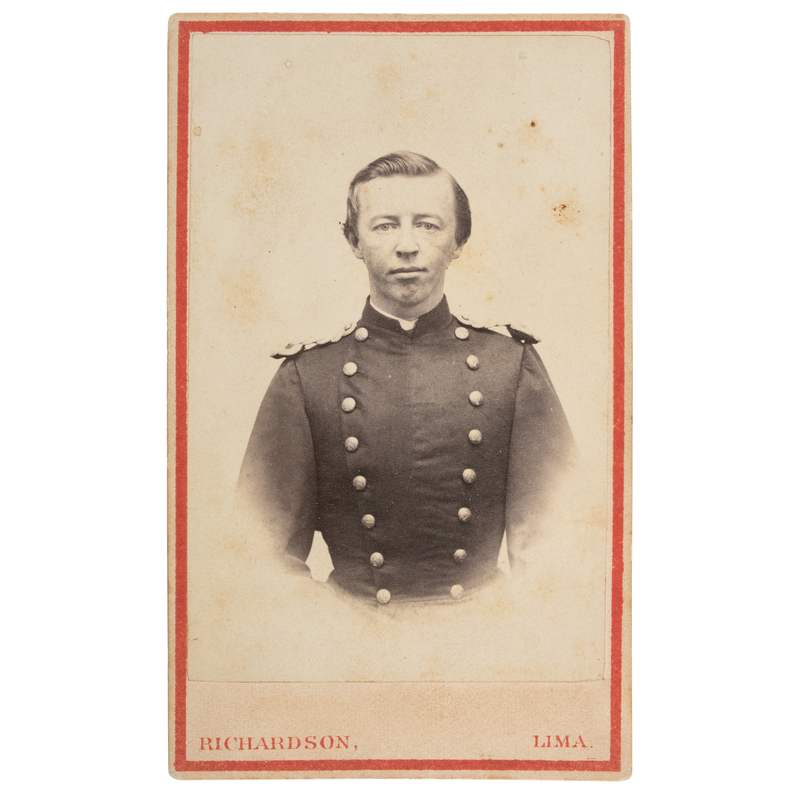 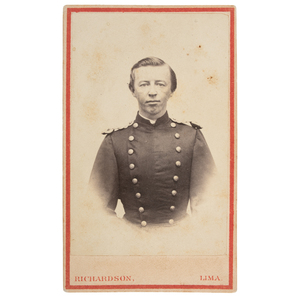 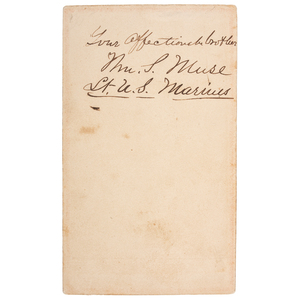 A source indicates that William Sulivane Muse (1842-1911) served briefly in the Maryland Militia (Dorchester Guard) during 1861 before entering the Navy in July 1862 as Paymaster Steward aboard the the USS Zouave.  Ultimately a career officer, Muse was commissioned in the United States Marine Corps, March 18, 1864 although David M. Sullivan's authoritative The United States Marine Corps in the Civil War does not mention the officer in any wartime narrative other than in tabular format. Muse was promoted to first lieutenant April 27, 1867 and took command of the Marine contingent on USS Brooklyn cruising the Mediterranean through 1870. Peacetime advancement was agonizingly slow and it was thirteen years before Muse became captain on December 21, 1880.  He was assigned as Fleet Marine officer of the North Atlantic Station aboard the USS Tennessee.  In 1884 Captain Muse took command of a company of Marines tasked with the "protection of the Panama Canal explorations." In 1891, the captain was aboard USS San Francisco, flagship of the Pacific Squadron, which was ordered to Chile to protect US interests during a revolution. Captain Muse commanded the Marine force that aided in the rescue of Chilean President Balmaceda and his staff. During the Spanish-American War, Captain Muse, at age 56, would finally achieve something of lasting career significance - following the audacious but one-sided naval battle of Santiago, Cuba on July 3, 1898, Captain Muse received the surrender of Admiral Cervera and his officers and afterwards escorted them as prisoners to Annapolis. Muse was promoted to major on July 11, 1898, and would later go to China after the start of the Boxer Rebellion as lieutenant colonel (March 3, 1899) commanding United States Marines forces.  After nearly forty years of continuous service, Muse was promoted to colonel on January 31, 1900, and shortly afterwards retired due to ill health, achieving the statutory rank of Brigadier General on August 14, 1900.  In retirement General Muse returned to Cambridge, Maryland and became President of the Hambrook Land Development Company.  He died at Cambridge, Maryland on April 16, 1911, age 69, and was buried in Christ Episcopal Church Cemetery there.

Carte having bright red border slightly soiled with strong clarity, else near EXC.