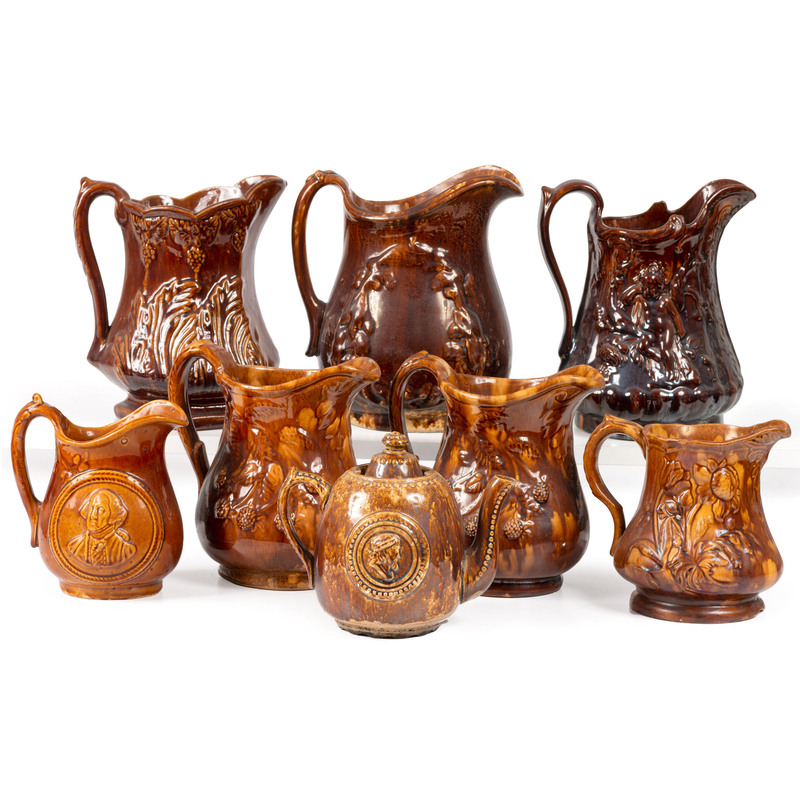 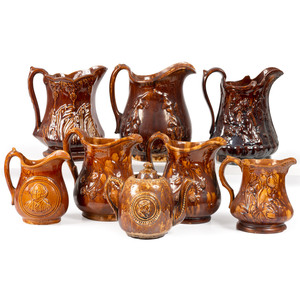 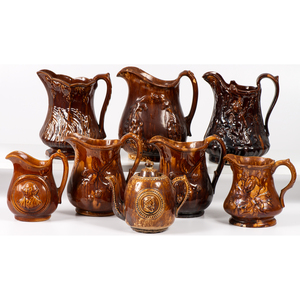 Seven Bennington-Style Pitchers and a Teapot

Provenance:Property from the Estate of James A. Sanders, Evansville, Indiana

Hindman is honored to present property from the Estate of James A. Sanders, including his collection of American Furniture, Glazed Pottery and Folk Art. Born in 1938 in Evansville, Indiana, Mr. Sanders dedicated his life to education, historic preservation, and the arts.

Well-respected and a friend to many, Mr. Sanders built an impressive collection across many categories including Rockingham pottery, early lighting, American and English paintings, toys and banks, and American vernacular furniture. He spent his time between Evansville and his family farm in New Harmony, Indiana. It was here at the family home where his collection grew. Following his career as an educator, Mr. Sanders further pursued his interest in historic preservation. In 1985, he became the University of Southern Indiana’s first director of Historic New Harmony. His enthusiasm and general interest in history was reflected in how he put together his collection, and the wide variety of objects with which he surrounded himself.

Mr. Sanders’s passion for the arts was a common theme throughout his life. Along with his career, he supported numerous foundations and institutions such as Decorative Arts Trust, Evansville Preservation Alliance, Evansville Museum of Arts, Evansville Philharmonic Orchestra, and many others. His collection was a reflection of his life, loved and accomplished.