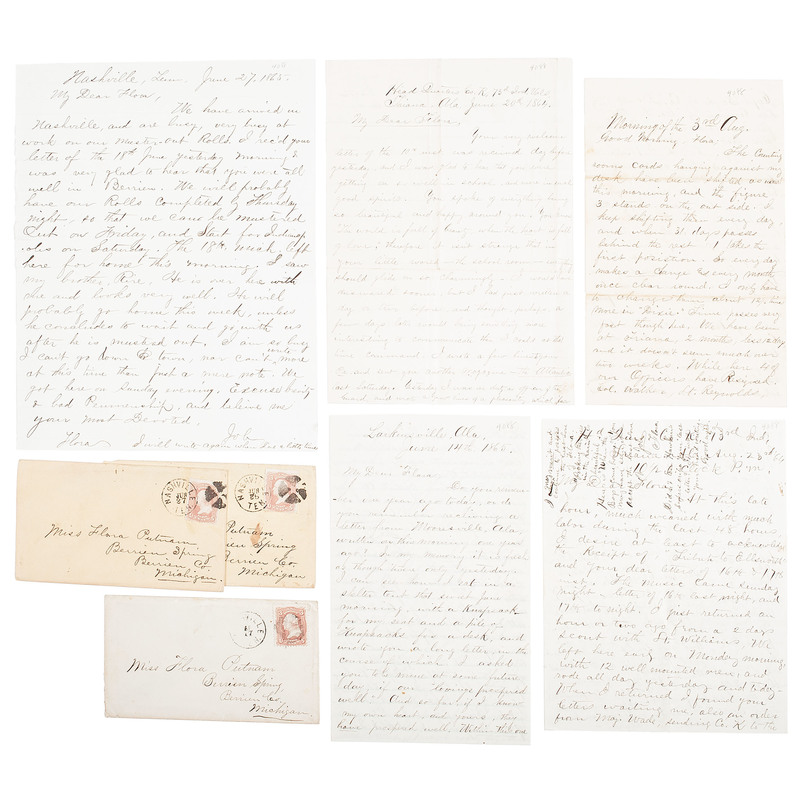 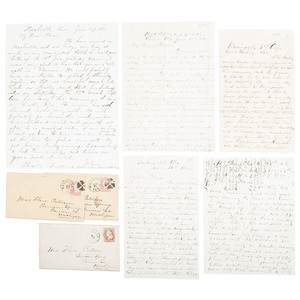 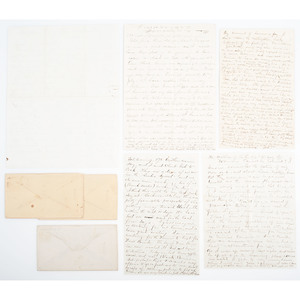 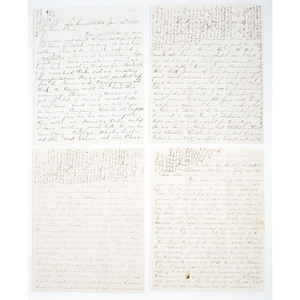 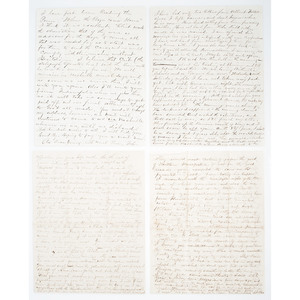 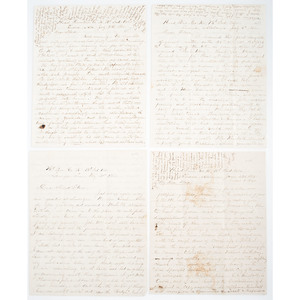 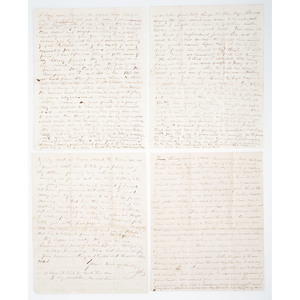 Job Barnard, an 18-year-old college student from Westville, IN, enlisted in August 1862 in the 73rd Indiana Volunteer Infantry, Co. K, as a private. He seems to have been rapidly promoted to 1st sergeant. These letters were written to Flora Putnam, a (former) fellow student whom he seems to have met in high school and that was a bit younger than he. Over the course of their correspondence, they seem to have realized that they were in love. Barnard notes in some of the later letters that as soon as he gets out of the army, he is returning to college so he can support a wife and family. Although he does not sign his last name on any of the letters, in the postscript to the June 27, 1864 letter he writes: "Certainly, Flora, my parents will have no objections to your name becoming Barnard."

Michigan marriage records list Job Barnard and Flora A. Putnam as marrying on September 25, 1867. The 1870 census lists Job and Flora Barnard and their one-year-old son Ralph living in Center, Lake Co., and lists his occupation as a lawyer.

He received his law degree from the University of Michigan in 1867, and began private practice from then until 1873. He received an assistant clerkship for the District of Columbia Supreme Court from 1873 to 1876, then returned to private practice in DC for the next two (plus) decades. He was also a professor of law at Georgetown University Law School during this time. He received an appointment to the DC District Court, in which he had clerked decades earlier, from President McKinley in 1899, and served until June 1914, at which time he retired. He died in 1923 in Washington, DC.

This group of letters is from mid-1864 and early 1865. Although his penmanship can be a bit rough, his letters are very readable. He even naturally uses words such as "loquacious," unusual for a private (or even a 1st sergeant) in the infantry during the Civil War. He is also very knowledgeable in poetry. The letters are almost entirely personal in content. They are from:

In the last he notes that they are finishing the Muster Out papers and expect to be heading home any day - that day came July 1. He might have made it home by the 4th if all went well! Three covers included, all with Nashville postmarks.

Most as expected with folds. Very little, if any, toning.