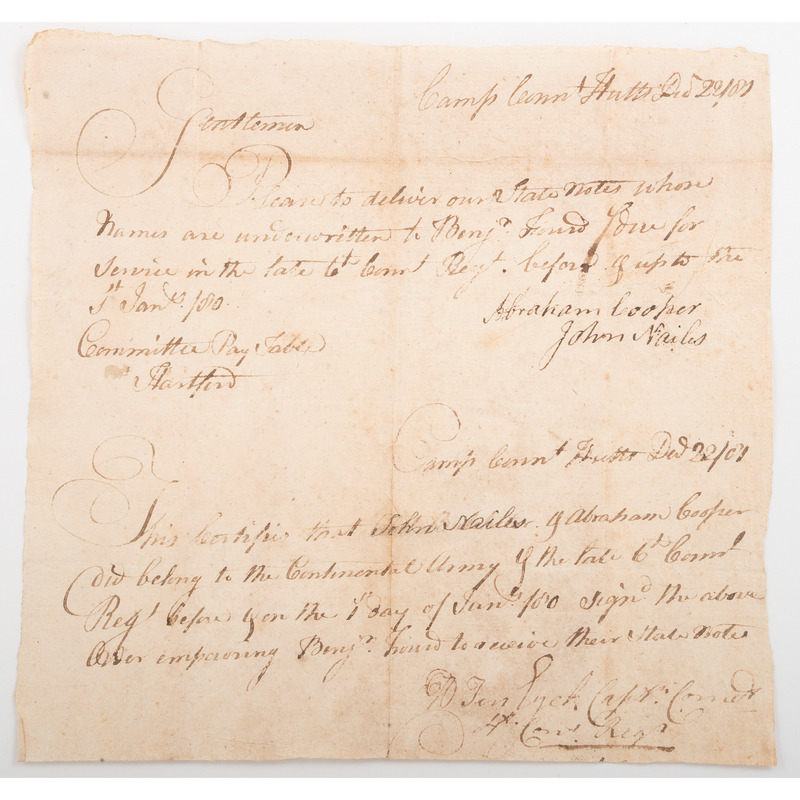 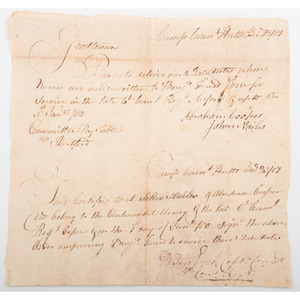 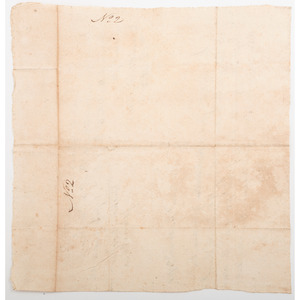 CAPTAIN HENRY TEN EYCK, 1702-84/Revolutionary War service 1777-83, was adjutant of the 2nd CONNECTICUT REGIMENT during the winter 1777-78 at Valley Forge when it was a part of Washington’s forces in the Philadelphia area; he is mentioned at least once by George Washington in an order when at Valley Forge — Head-Quarters V. Forge Washington March 25, 1778 / General Orders — “Mr. Ten Eyck Adjutant in Genl. Huntington’s Brigade is appointed to do the duty of Brigade Major…”

6TH CONNECTICUT REGIMENT, formed in May 1775 in New Haven, took part in the siege of Boston and fought in the battles of Long Island, the New York Campaign, and one of its officers and a company of light infantry were in the battle of Stony Point; Abraham Cooper and John Nailes (Nails) names are in historical and government records of Revolutionary War veterans.

COMMITTEE PAY TABLE, HARTFORD, a committee of five men who authorized payments for military services by soldiers and for supplies during the Revolutionary War; it was replaced by the state comptroller in 1786.

Well-preserved, all period handwriting legible except for a couple of words, Ten Eyck signature light from fading.