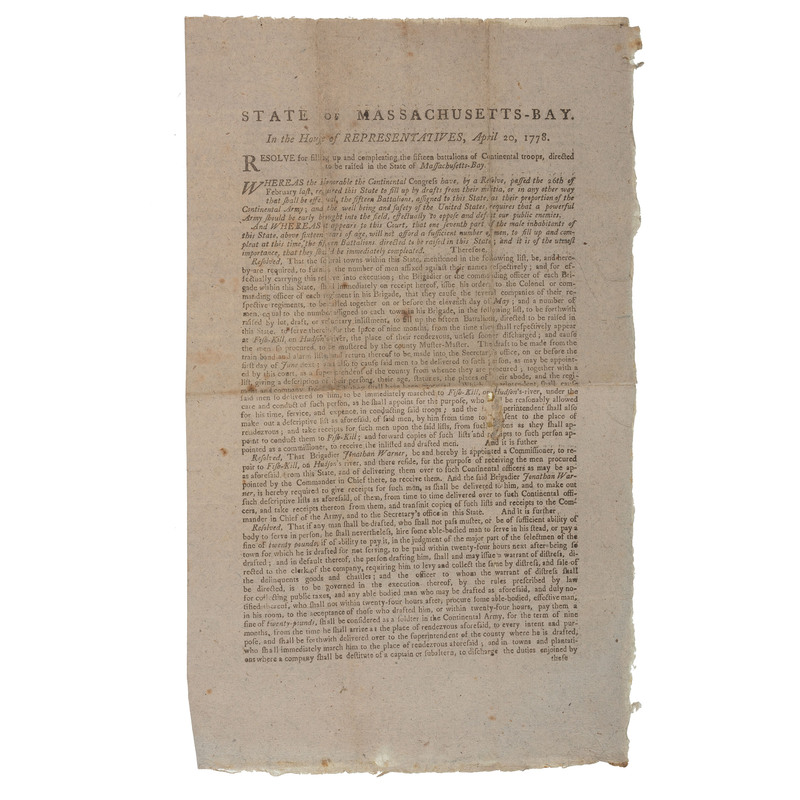 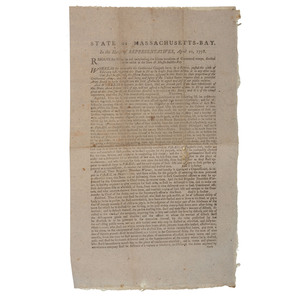 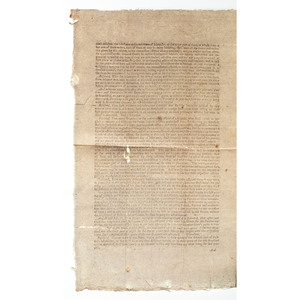 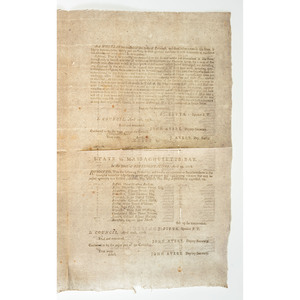 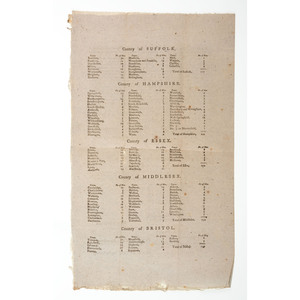 Bifolium printing, four pages, 8.5 x 14.5 in. To complete 15 battalions of continental troops, the House of Representatives issued a call for troops, April 20, 1778. The broadside reads, in part:

"Resolved, that the several towns within this State, mentioned in the following list, be, and thereby are required, to furnish the number of men affixed against their names...; and,....the Brigadier or the commanding officer of each Brigade within this State, shall... issue his order to the Colonel or commanding officer of each regiment in his Brigade, that they cause the several companies...to be called together on or before the eleventh day of May; and the number of men, equal to the number assigned to each town in his Brigade,...to be forthwith raised by lot, draft, or voluntary inlistment, to fill up the fifteen Battalions,...to serve therein for the space of nine months..."

There are procedures for those who cannot serve by reason of inability in body, and rules as to how substitutes may be procured. If no substitute, one could pay 20 pounds fine. There were also fines for commanding officers and even towns which did not reach their quotas. In addition, "...no town in this State, that is deficient in their quota...shall have liberty or be allowed to hire any man from any other town, for that purpose."

Signed in type by John Avery, Deputy-Secretary and John Pitts, Speaker of the House. The broadside then goes on to list the various county superintendents and then each county (Suffolk, Hampshire, Essex, Middlesex, and Bristol) and the number of men to be furnished by each town in the county. Note: the totals listed only come to about 1100 men. There may have been an additional sheet, or there may have been several versions of this call with different counties listed.

Folds with some wear to type along them. One small area of scuffing near center of first page impacting some type.