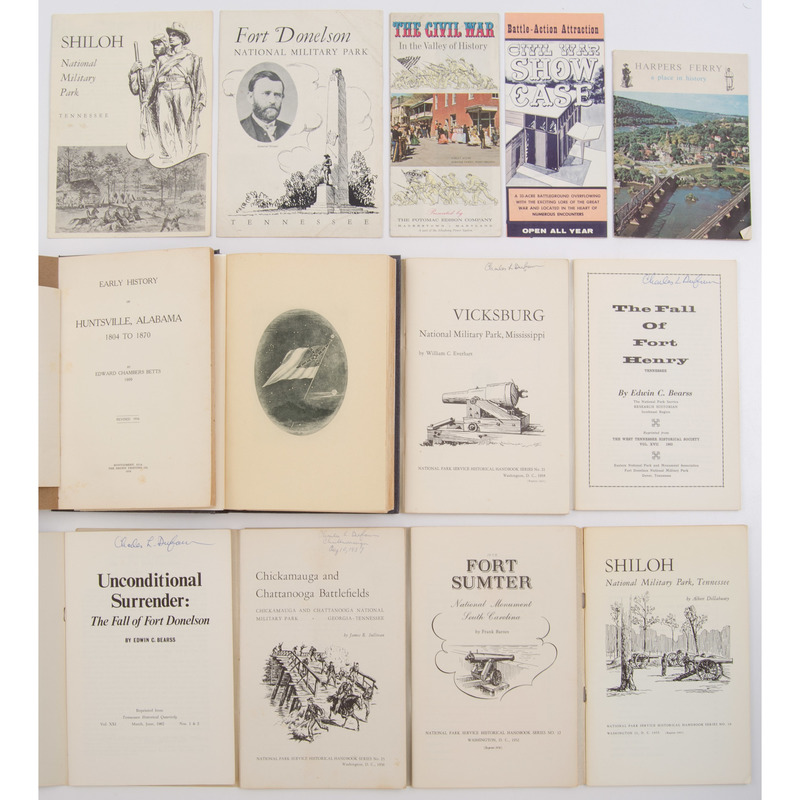 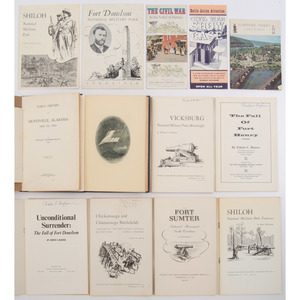 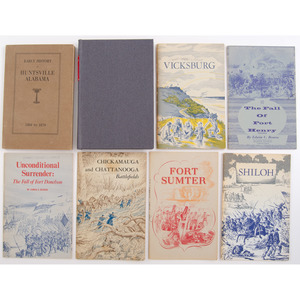 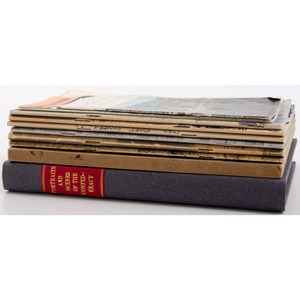 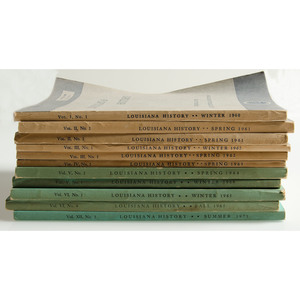 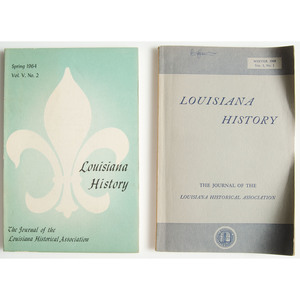 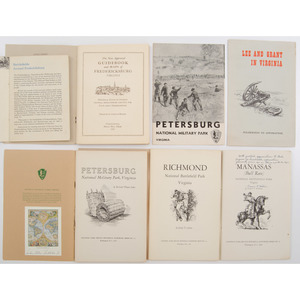 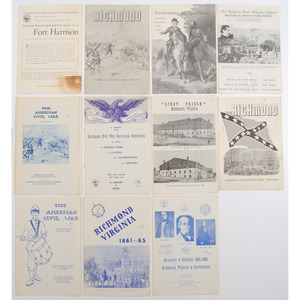 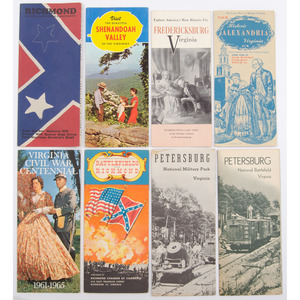 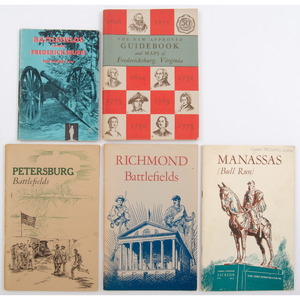 Research Materials from the Library of Charles L. Dufour

Charles L. Dufour (1903-1996) was a journalist, historian and author and New Orleans native. He was a columnist for the New Orleans States-Item newspaper contributing nearly 10,000 items to "Pie Dufour's a la Mode" for the latter paper and the Times-Picayune over nearly three decades. He was also the author of 20 books and approximately 50 scholarly articles.

This lot consists of research materials that Dufour used in writing these books and articles, approx. 50 items. These include:

Cover Title: Portraits and Scenes of the Confederacy. No tp, no dj. A collection of prints of photographs of many people (Jefferson Davis, Thomas Jefferson, Thomas "Stonewall" Jackson, Uncle Remus, O. Henry) and places (most of the larger Universities are pictured, southern plantation homes) of the South. Most of the images have tissue guards with captions for the images, the primary exception being the Universities which usually have labels within the image itself. There are over 80 unnumbered images covering over a century of southern history.