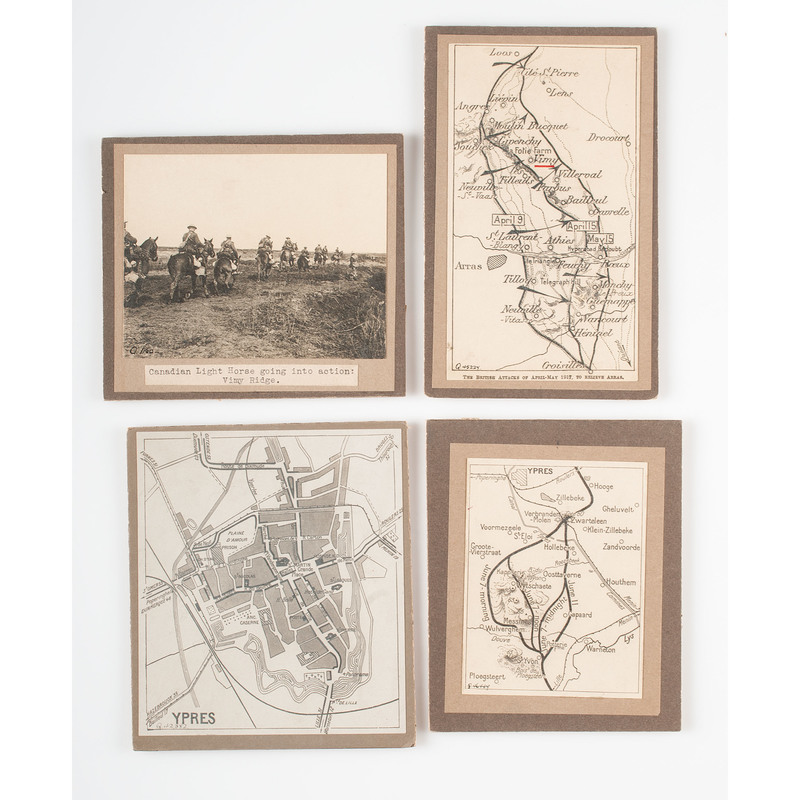 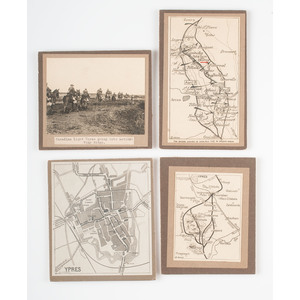 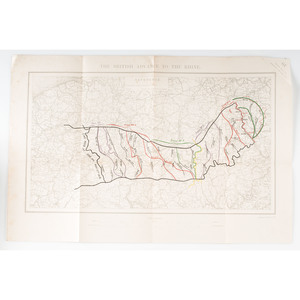 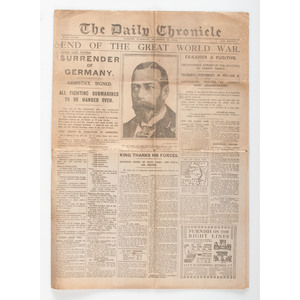 Poster/broadside, Common Types of German Planes. 28.5 x 36 in., linen backed. Issued by Second Section of General Staff, A.E.F. Printed at Base Printing Plant, 29th Engineers, U.S. Army, 1918. Silhouettes of 12 German planes, each shown from the side, on end and from top/bottom. All are biplanes except a Fokker Triplane Scout. Scouts and Bombers are included as well as fighters. The lower left corner has a brief explanation of how the planes were used in this early application of air power. For example, some were deployed to protect observation balloons.

9 photographs and small maps mounted on cardstock. Most with typed labels, one with calligraphic lettering. Photos of:
Victoria Station, the Leave train.
Royal Warwickshire Regiment resting in reserve: Beaumont Hamel, July 1916.
Clouds of smoke and gas during the British attack on the Hohenzollern Redoubt, 13rh October 1915.
Artillery and Cavalry in the ruined village of Trescault, 20th November 1917.
Canadian Light Horse going into action: Vimy Ridge.
Plus maps of Ypres (2 different), Arras, Artois, and Cambrai.

Generally very good. Some with scattered light foxing. Last two with some issues.