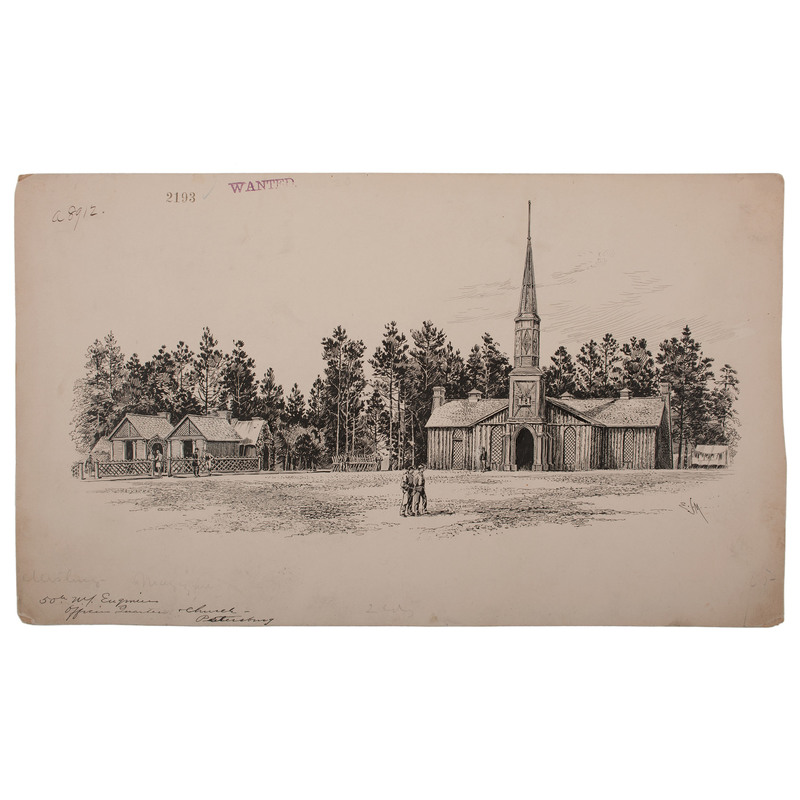 Edwin J. Meeker (1853-1929) was an artist and illustrator, producing work for newspaper and magazine stories published in Harper's Weekly, the New York Times, Frank Lesley's Illustrated Newspapers, among others. He also created illustrations for books and postcards. Meeker resided in New Jersey throughout most of his life, maintaining studios in Newark and New York City.

Apparent old soil and streaking from liquid at top right corner down extreme right side of subject present at time of publication. Quality of drawing suffers only slightly. With handstamp on verso.