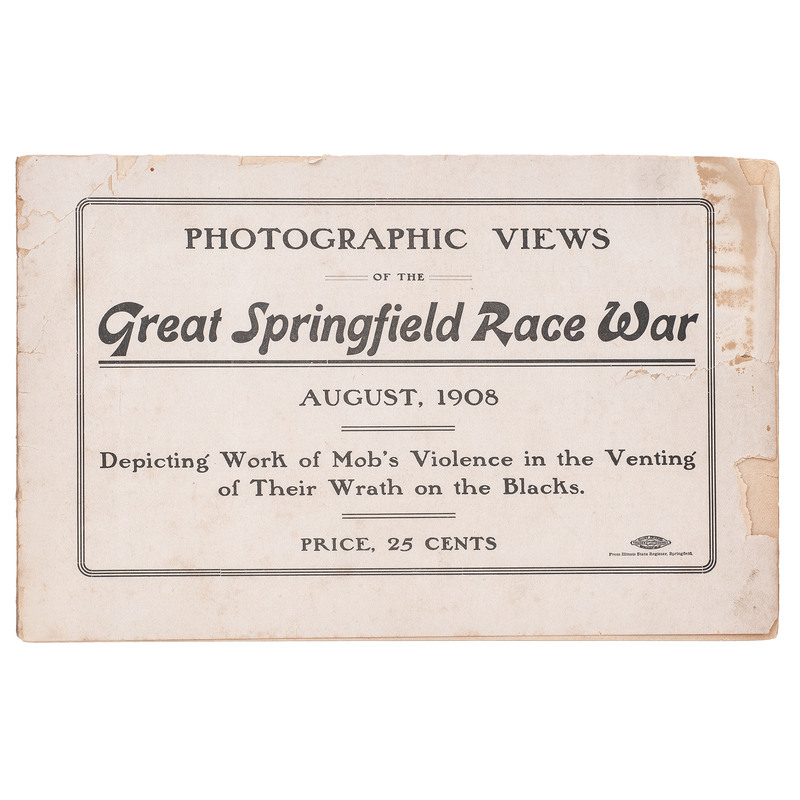 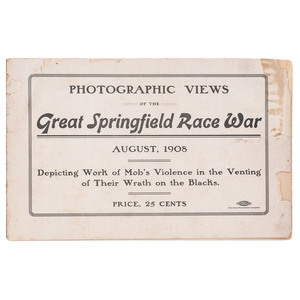 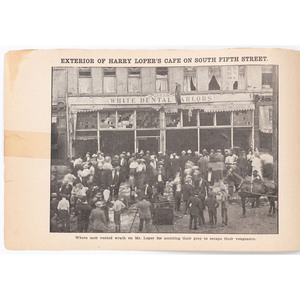 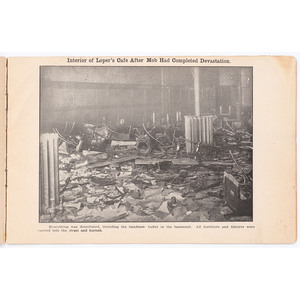 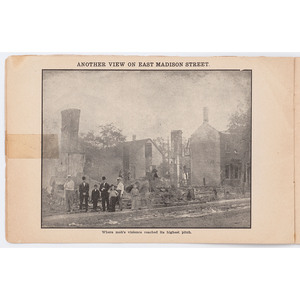 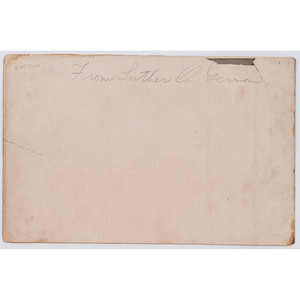 Photographic Views of the Great Springfield Race War, August, 1908: Depicting Work of Mob's Violence in the Venting of Their Wrath on the Blacks. [Springfield, Illinois]: Press Illinois State Register, n.d., [circa 1908].

FIRST EDITION of one of the earliest accounts of the mass racial violence committed by a mob of approximately 5,000 white people against the African American community in Springfield, Illinois. On August 14, 1908, a crowd of 3,000 white men gathered downtown to lynch two Black men who were accused of the rapes of white women. When they discovered that they had been removed from the city, the mob attacked the Black neighborhoods and lynched several community members.

An extract from the Illinois State Register of Saturday morning, August 15, 1908, printed on the first page of this pamphlet reports: "Mob law, implacable, inexorable, with justice as its excuse and basing its depredations upon the theory that might makes right, held Springfield in the grasp all last night while a great mob of men, thirsting for revenge...foiled in their early attempt to get the negro prisoners charged with these crimes from the county jail, stoned the troops called out to resists them, defied police and sheriff's deputies, wretched the restaurant and burned the automobile of Harry Loper because he aided in spiriting the negroes away from the city; fought a desperate battle with bullets and fire brands in the negro district, shattered plate glass windows, burned twenty houses before 3, o'clock this morning, and held a general reign of terror, leaving in the wake of riot a long list of dead and injured."

The introduction states that "the total dead to date numbers six and the wounded are innumerable. The property loss will exceed $200,000," though some estimates put the fatalities as high as 16. The photographs reproduced in the booklet show scenes of where the violence occurred, the aftermath of destruction, people involved, and National Guard troops who came in to combat the violence. Very scarce, OCLC locates only 4 copies and no record of copies selling at auction.