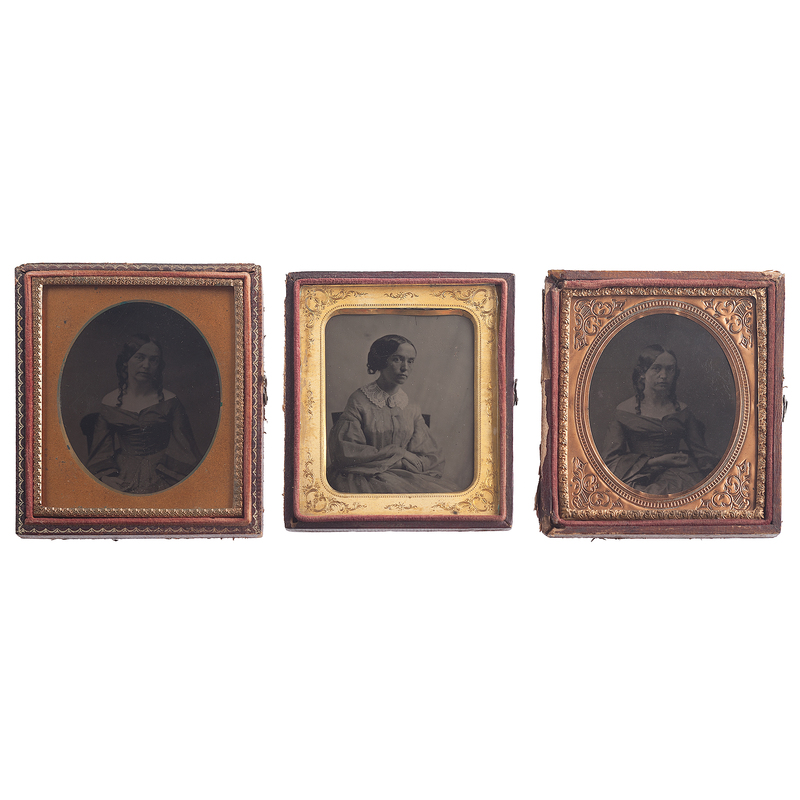 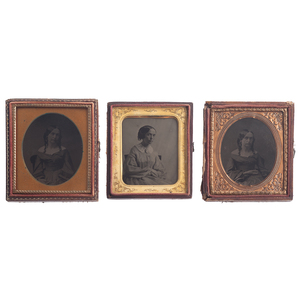 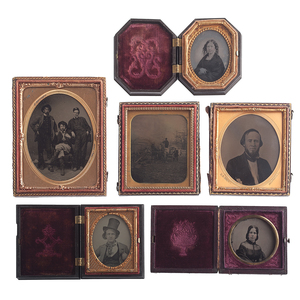 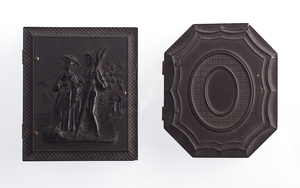 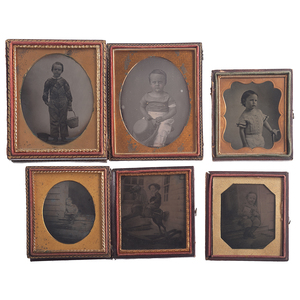 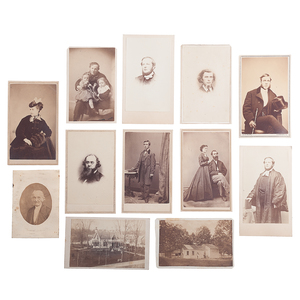 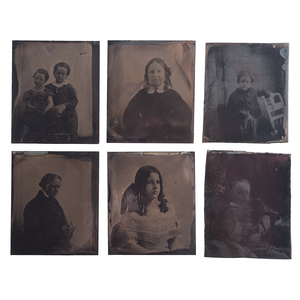 Lot of 155 photographs, including 7 daguerreotypes, 10 ambrotypes, and 11 cased tintypes, with the remainder being CDVs or tintypes housed in 3 CDV albums. Lot accompanied by extensive research on Smith, his family, his career and colleagues, and the subjects of his photographs.

Hamilton Lanphere Smith (1819-1903), born in Connecticut, graduated from Yale in 1839. During his time there he was most interested in astronomy, and built what was then the largest telescope in the United States with fellow undergraduate Ebenezer Porter Mason, which resulted in the two friends being placed in charge of the Yale Observatory. Over the next decade he published The World, an important astronomical and geological work which was read by scientists on both sides of the Atlantic, and A Natural Philosophy for the Use of Schools and Academies, which became one of the United States' standard science textbooks. From 1853 to 1868 he was Professor of Natural Philosophy and Astronomy at Kenyon College in Ohio, and during his tenure there was awarded the US patent for the tintype process that made photography many times cheaper and therefore more accessible to the general public, which helped popularize it throughout the United States.

This collection, acquired from a direct descendant of the family of Hamilton L. Smith, contains tintypes and daguerreotypes of his wife, Julia Buttles Smith, sons Lloyd and Albert, and several other family members. Many of the tintypes are on plates which bear the February 19, 1856 patent date for Smith's "Photographic Pictures on Japanned Surfaces," aka the tintype. Some, including two portraits of his young sons, are darker and on much thicker metal lacking any patent stamp, suggesting they may be experiments in various metals and finishes in Smith's quest to improve his process. Of the three CDV albums, two are primarily family, while one is primarily Yale and Kenyon friends and colleagues, and a few other prominent personalities. These include: a fine view of the Neff House, which is now the Dean's residence at Kenyon; Peter Neff and his wife, Smith's patent backer; Daniel Waldo (1762-1864), the last surviving veteran of the American Revolution, appointed chaplain of the US Senate at age 94, photographed the year of his death; three of Rev. Francis Wharton (1820-1889), who graduated from Yale the same year as Smith and was an English professor the same years at Kenyon, later a noted legal writer; a Mathew Brady carte of Edwin M. Stanton, Abraham Lincoln's Secretary of War and a Kenyon graduate (also two cartes of his son, E.L. Stanton); Edwin C. Benson, a professor who served as president of Kenyon from 1875-1876; Henry D. Cooke (1825-1881), appointed first Governor of the District of Columbia by Ulysses S. Grant and a noted financier of the Union in the Civil War; Gregory T. Bedell (1817-1892), 3rd Episcopal Bishop of Ohio; Rev. Samuel Clements, the Kenyon chaplain; Harry Croswell (1778-1858), a prominent political journalist, author, and Episcopal clergyman; and several other Yale and Kenyon students and professors.