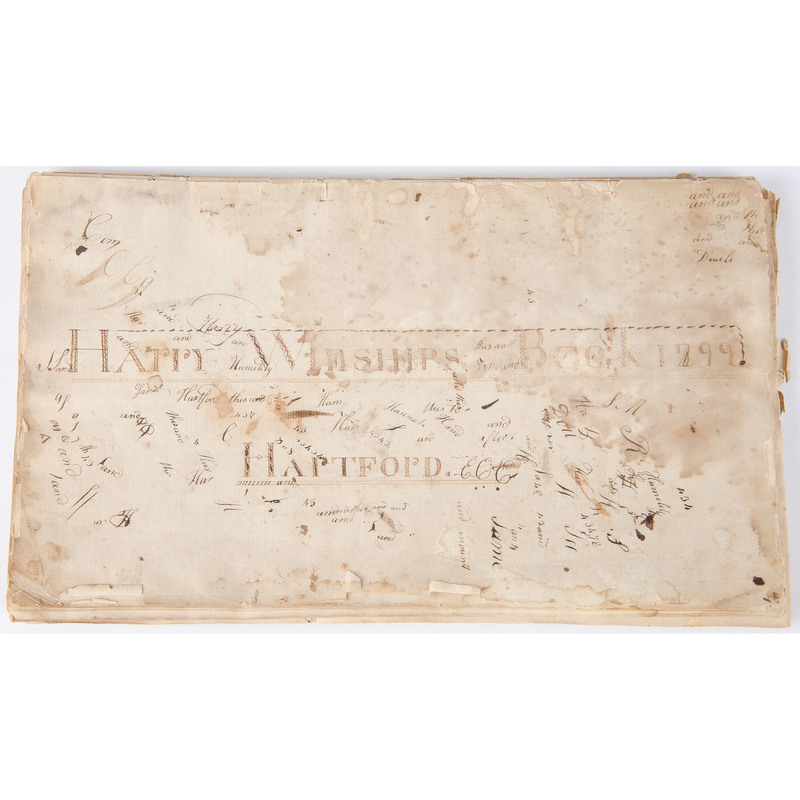 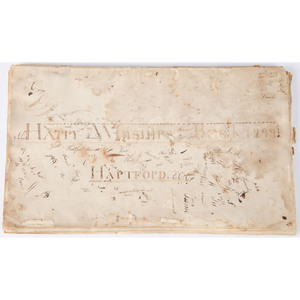 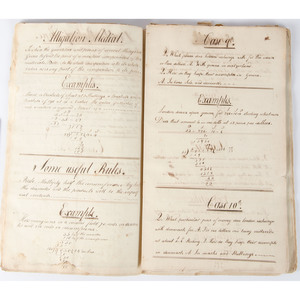 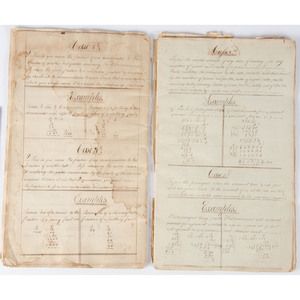 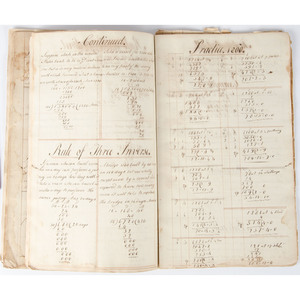 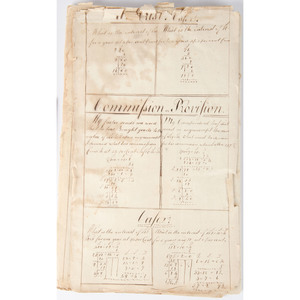 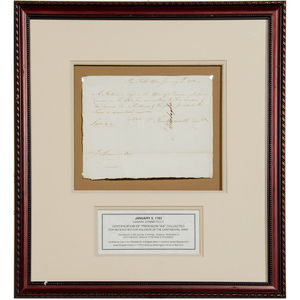 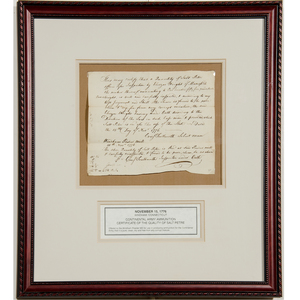 Lot of 3, including two Revolutionary War-era documents related to the Continental Army.

Manuscript document, 1p, 8.25 x 6.75 in., framed to 16.75 x 19 in., Windham, Connecticut. November 15, 1776. Document attests to the quality of saltpetre (potassium nitrate) to be used in the production of gunpowder. Offered to the Windham Powder Mill for use in producing ammunition for the Continental Army by Inspector Eleazar Wright of Mansfield, who notes that the saltpetre is pure, clean, and dry, free form any corrupt mixture.

Also with eighteenth-century manuscript notebook containing various mathematical rules, word problems, equations, and calculations, many relating to weights and measures. Boldly inscribed as belonging to Harry Winships of Hartford, Connecticut, 1799. Headings include "Conjoined Proportion," "Subtraction & Vulgar Fractions," "Double Rule of Three," "Rule of Three Interest," "Equation of Payments," and "Interest," all penned in calligraphic style. Ciphering books often emphasized mercantile subjects such as the calculation of interest, as well as bartering and surveying and were intended for use throughout the students' academic and professional careers.

Documents not examined outside frames.