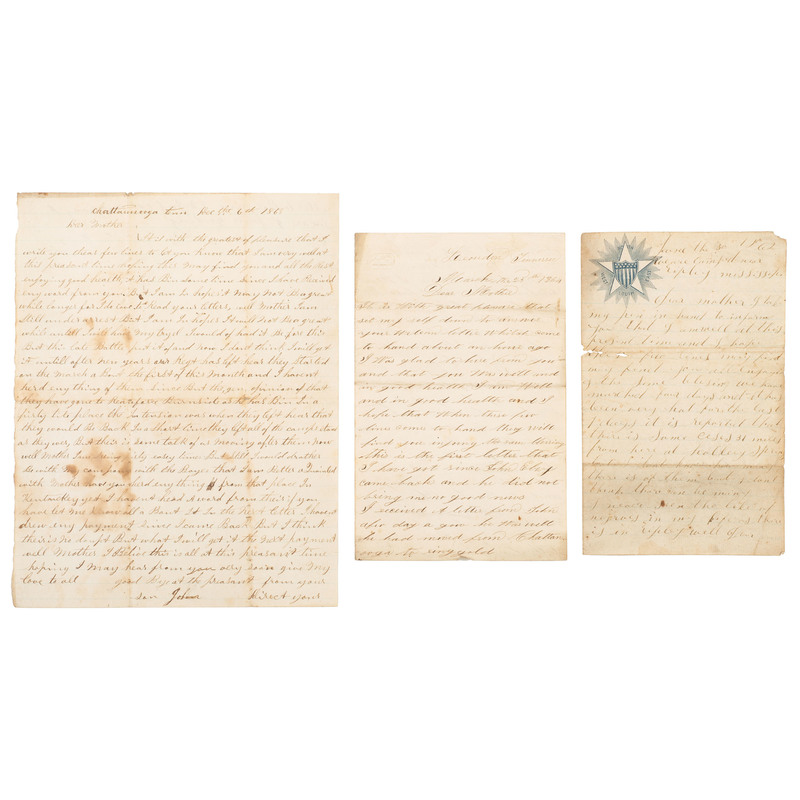 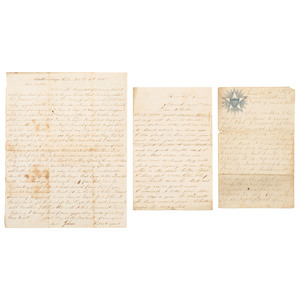 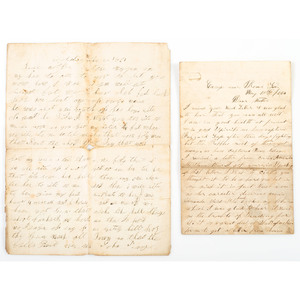 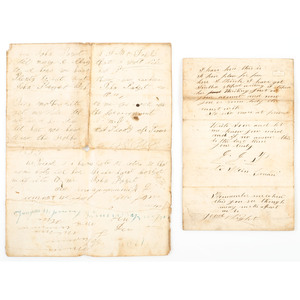 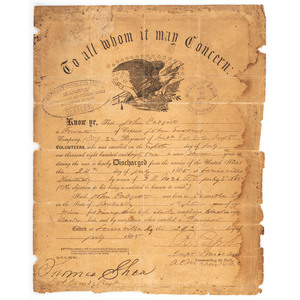 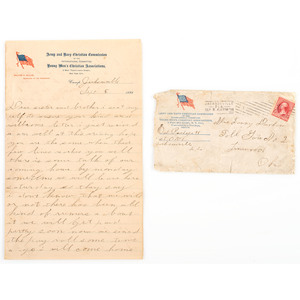 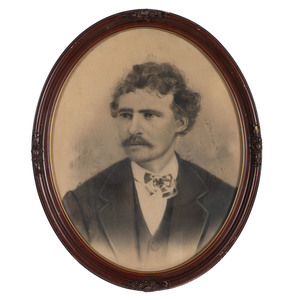 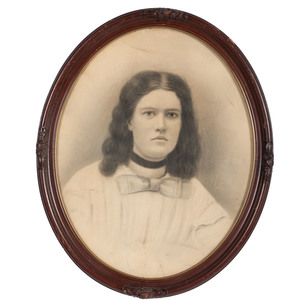 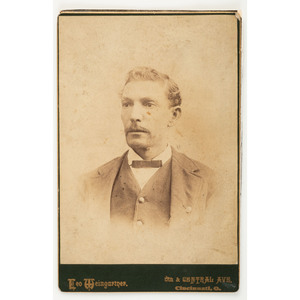 John J. Padgett mustered into Co. A of the 22nd Indiana Infantry Regiment on 8/15/1861 at the age of eighteen. Records show that he deserted on 10/2/1862 then returned to service almost a year later on 9/24/1863. From November 1863 until April 1864 he was marked "Absent in arrest at Division Headquarters," then was ordered to duty on May 24, 1864. Upon his return to service Padgett participated in the Atlanta Campaign where we was slightly wounded at the Battle of Kennesaw (June 27, 1864) before being captured by Confederate troops in Savannah, Georgia, on December 21, 1864. He was held at the infamous Libby Prison until February 1865.  According to the history accompanying Padgett's letters, he escaped from Libby Prison and made his way to the General Hospital at Goldsboro, North Carolina, then was eventually paroled and exchanged. He mustered out with his regiment on July 24, 1865.

Padgett's Civil War letters span 1861-1864 and are primarily written to his mother, Hulda Padgett Taylor. Among other topics, his letters describe awaiting his trial for desertion and his desire to return home. He writes from Tennessee on April 15, 1864, "I am here at headquarters yet I have not had my trile yet and there is no prospects of it yet...I think I have seen as much of the service as I Want to see down here in this miserable country for their is nothing but rocks and hills and under brush and the people does not know nothing down here but chew tobaco and smoke any thing that can walk is got A Wad as big as my fist man and woman girls and boys...."  As Padgett's regiment marches deeper into Georgia he provides more detail about the campaign and the hardships endured. On account of his injury at Kennesaw Mountain a fellow soldier pens the letter of July 4, 1864, writing that "I wee have seen some hard times in the last to months fore wee have had some hard fighting fore the 27th of June. Wee made a charge and lost lots of men but the company only lost three & one killed and one wounded and one taken prisoner...." Also included with his letters are Padgett's discharge papers.

The Spanish-American War letters date to 1898. John Edward Padgett mustered into the service on May 7, 1898, as a private in Co. F of the 1st Ohio Infantry. He mustered out just a few short months later on October 25, 1898. The photographs accompanying the archive are all post-Civil War, and include the following: a ca 1870 cabinet card of John J. Padgett; an image of his mother; a cabinet card of his wife Jane Ann Mahan Padgett (frequently referenced in Padgett's correspondence); and two additional cabinet cards each of a Padgett daughter. Two charcoal portrait sketches, each housed in wood frames, complete the lot.

The letters and photographs in the archive are housed in two binders which are filled with extensive documentation of the Padgett family history and genealogy from approx. 1750-1996.

Some letters have minor losses affecting text, though most letters are intact and legible. Cabinet card of Sarah Padgett is missing approximately 1/4 of top but image remains largely unaffected.