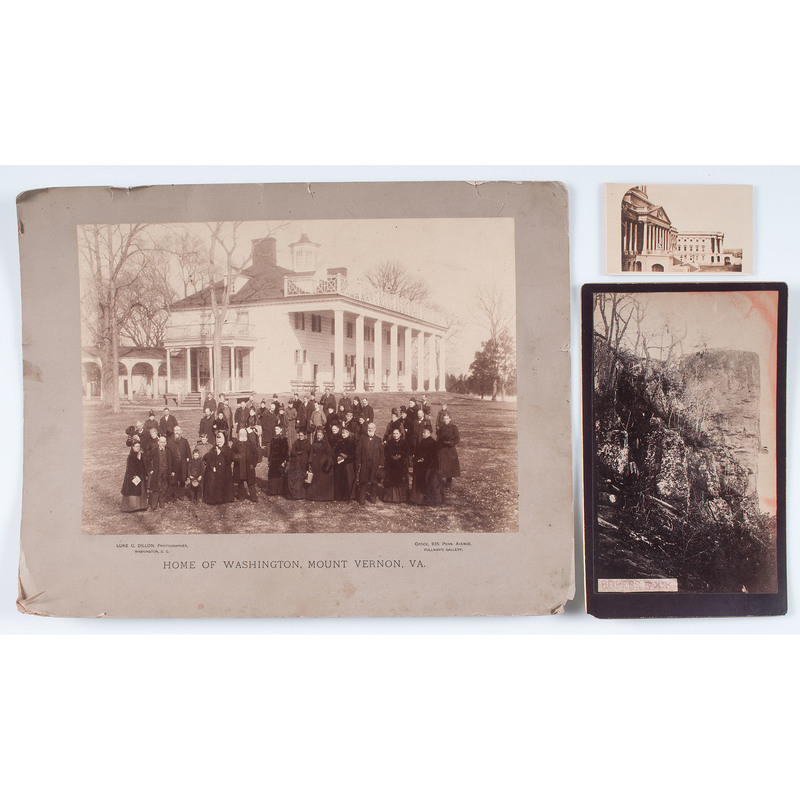 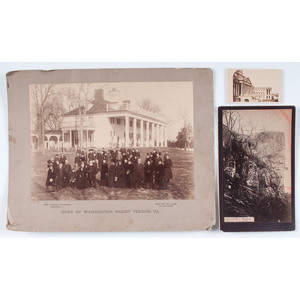 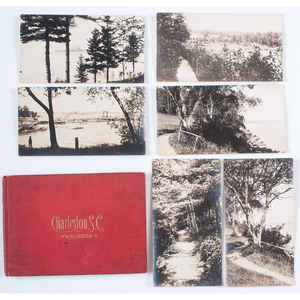 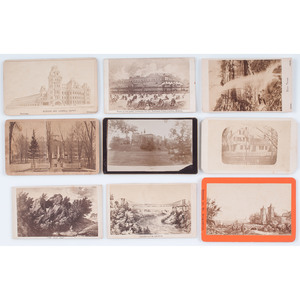 Over 250 Miscellaneous Photographs of United States Cities and Landmarks

Real Photo Postcards
6 unidentified, appears to be a resort along a lake with lots of coniferous trees

50 commercial "collector photos," 1.75 x 2.75 in., all titled in the negative. Views of New York City, Garden of the Gods, RMS Queen Mary, Thousand Islands (including Rock Island Lighthouse, Cave of the Winds, and more.

30 commercial "collector photos," 2.5 x 3.5 in. Some are untitled; these are mostly interior views of a large home (maybe Napoleon's?). About 2/3 are titled in the negative, most of Matapedia River and vicinity.

Seven 4.25 x 5.25 in. cards, including the Capitol and White House, a dome with "Lincoln" at top and what appears to be names of generals on pillars, a tomb, a statue and Admiral Perry's gravestone.

Folder, "Miniatures, Thousand Islands." Cincinnati, Ohio: Tom Jones, 1906. Folder with four flaps, inside is accordion-folded strip of 21 photographs, plus photos inside three flaps and on front.

Charleston book with cover just about off on front, text (photo) block still tight. Most of the photos are very good.