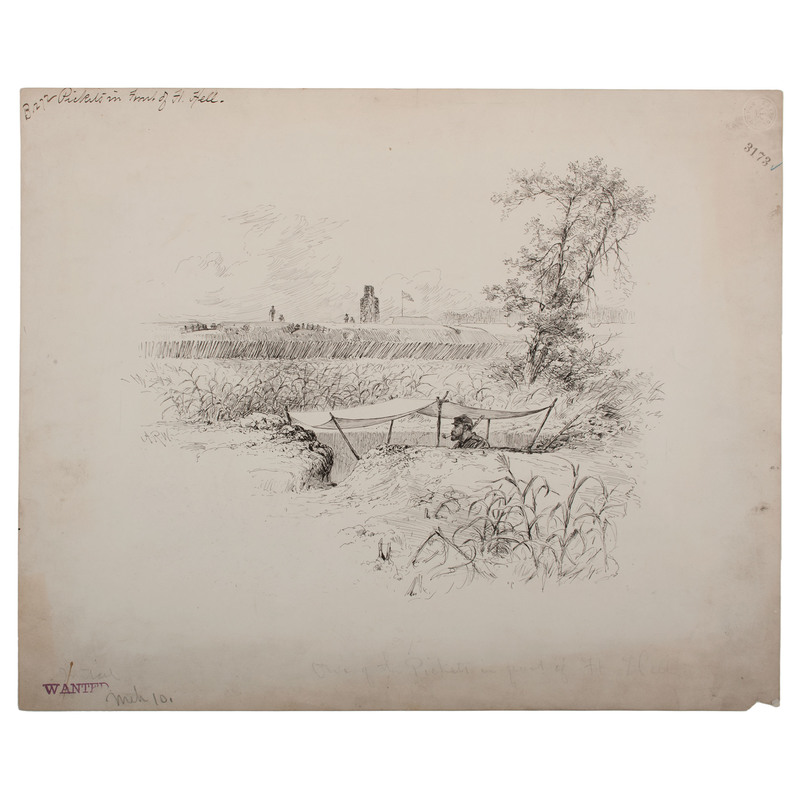 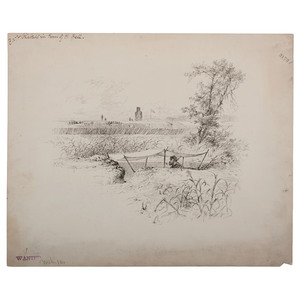 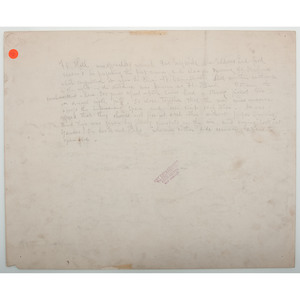 One of the Pickets in Front of Ft. Hell, Petersburg, 1864, Pen and Ink Sketch by Alfred R. Waud

Pen and ink on board, 12.5 x 15.25 in. Initialed at left "A.R.W.," with ink title at top left and penciled description lower right. After a wartime sketch by Waud. Inscription on reverse reads: "Ft. Hell was officially named Ft. Sedgwick. The soldiers had good reason for preferring the first name and also naming Ft. Mahone which confronted it Ft. Damnation. Still another earthwork to the right in the distance was known as Ft. Heaven. Between the earthworks here 300 yards apart - both sides had a strong picket line in small rifle pits, so close together that the men could converse across the intervening space and even visit each other. It was agreed that they should not fire at each other without proper warning, and this was given by firing muskets in the air and crying 'Look out Yanks' or 'Look out Rebs' whenever either side received orders to open fire." Published in The American Heritage Century Collection of Civil War Art, p. 312, plate 328.