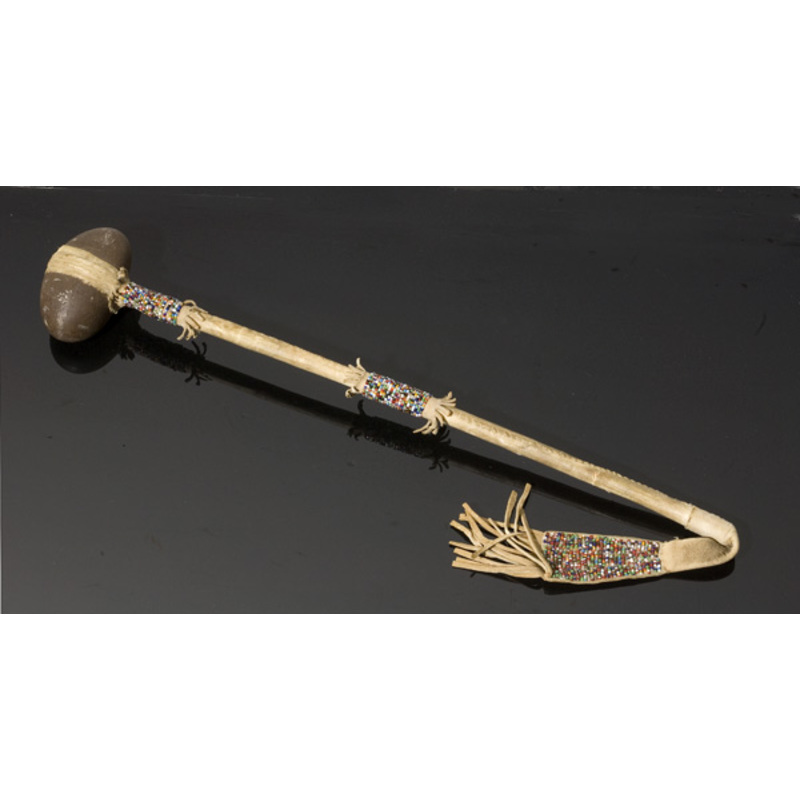 One Bull's War Club Used at the Battle of Little Big Horn,

stone-headed war club, with sinew-sewn rawhide over wood handle, with bands of decorative beading and beaded fringed drop, total length (minus fringed drop) 21.5". Accompanied by extensive notes about One Bull and the club, collected by Colonel Alfred Burton Welch of Mandan, North Dakota, in 1937. Included is a 5 x 7" silver gelatin photograph of the aged One Bull taken April 13, 1934, purportedly carrying a club with the same head, though different handle.

One Bull, a Hunkpapa Lakota and nephew was a participant in the Battle of the Little Big Horn, who lived at the Standing Rock Agency near Fort Yates after the massacre. He, along with a number of the elderly Lakota, were befriended by Mandan resident Alfred Burton Welch, who collected both their oral histories as well as personal artifacts. Welch at one time owned a muslin drawing of the One Bull's account of the Little Big Horn, and showing his deeds of valor. At Welch's death most of his collection was bequeathed to the Shriner's in Mandan; the map is today owned by the Minneapolis Museum of Arts.

In an account given to Welch, on September 18, 1936, One Bull participated in the fight against Reno, and, armed with a stone club, killed several troopers and saved the life of his best friend Good Bear, who had become dismounted. Welch's notes accompanying the drawing indicate" The stone with which he killed these three men is now in my collection, but on a different handle.

The beadwork surrounding the club hand and on the drop is of the "salt and pepper" type typical of the first few decades of the 20th century, corroborating Welch's assertion that it has been remounted. The handle, however, was unimportant to One Bull -- the head was "wakan". It should also be noted that the photograph of One Bull accompanying this lot show him carrying an entirely different club. 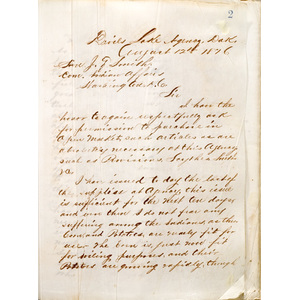 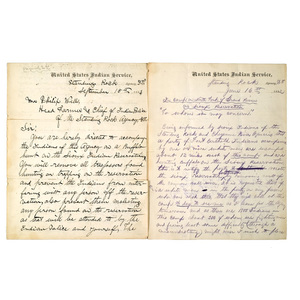 James McLaughlin's Letters Regarding the Buffalo Hunts of 1882 and 1883, 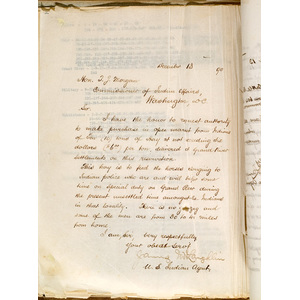 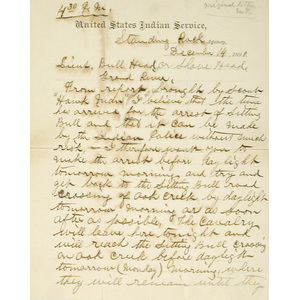 The Letters that Led Directly to the Death of Sitting Bull,