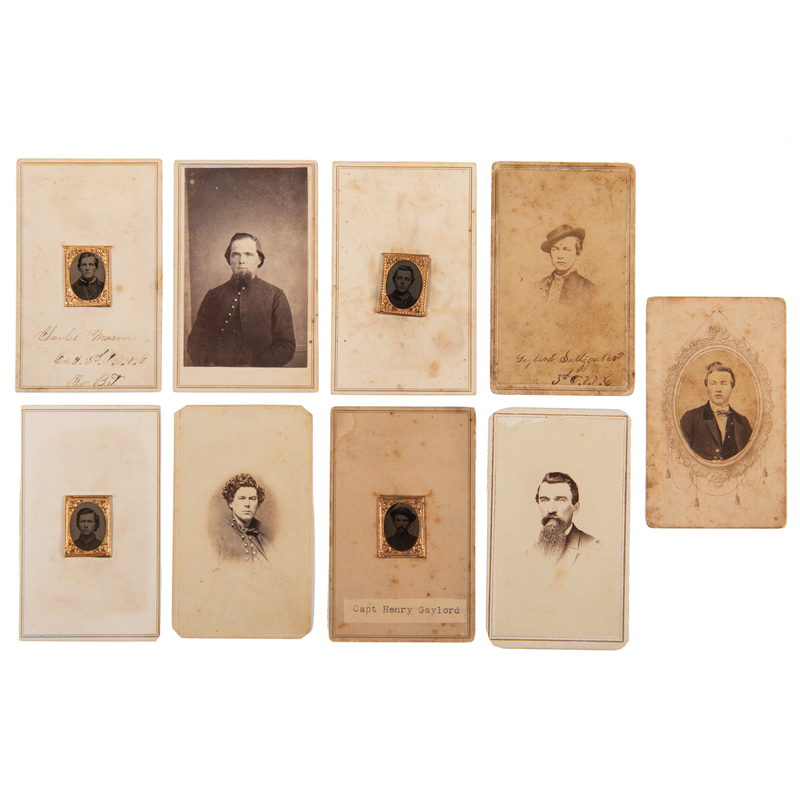 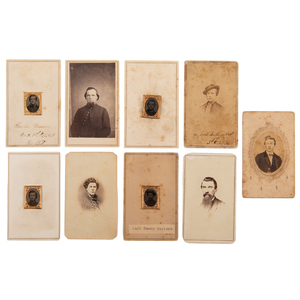 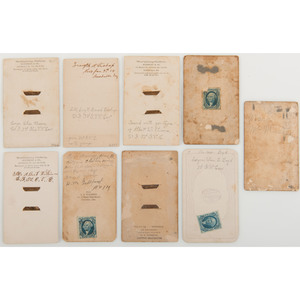 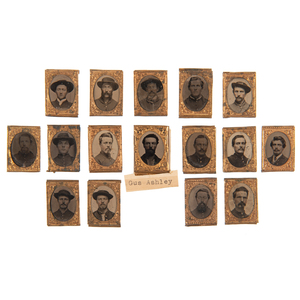 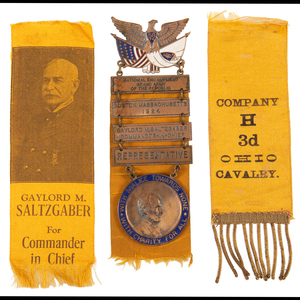 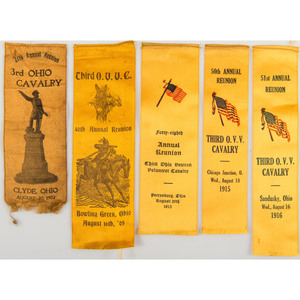 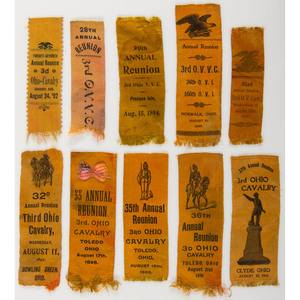 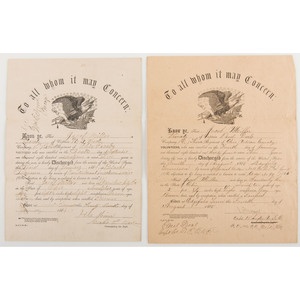 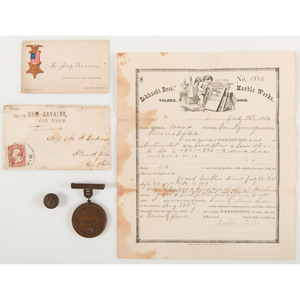 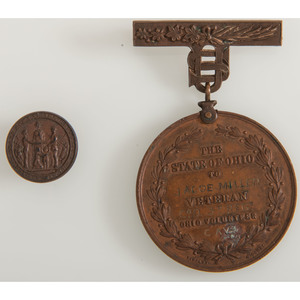 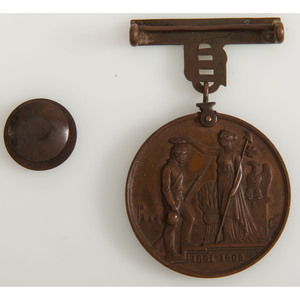 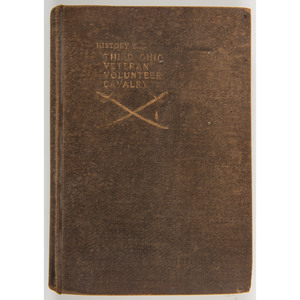 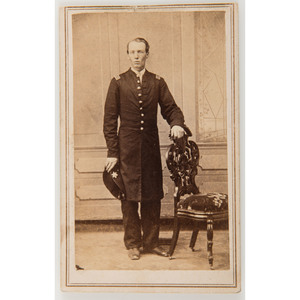 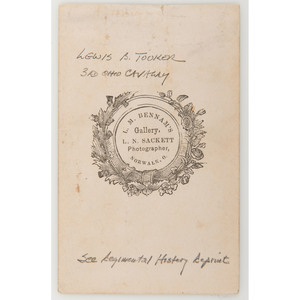 Lot of approx. 53 items related to the 3rd Ohio Volunteer Cavalry, ca 1860s-1910s. Collection includes some distinct groupings of objects, such as of specific individuals and companies, as well as GAR paraphernalia.

The 3rd Ohio Volunteer Cavalry was organized at Camp Worcester (central northern Ohio) in the autumn of 1861. By the first of the year, they moved to Camp Dennison (near Cincinnati), then to Jeffersonville, Indiana. Next, the unit moved with Don Carlos Buell from Nashville to Savannah, Tennessee, seeing action at Lawrenceburg in April and participating in the siege of Corinth, Miss. for most of May. They spent some time guarding railroads, then went on an expedition through Alabama before pursuing Bragg out of Louisville for most of September. They fought at Perryville and pursued Morgan from Kentucky into Tennessee in mid-October. The following spring, the 3rd Ohio Cavalry joined Sherman's movement through the South, including Atlanta, Marietta, Kenesaw Mountain, Chattahoochie River Bridge, and Chickamauga. A large number of men veteranized in January 1864 and went home for 30 days. On the move for much of the duration of 1864, they finally mustered out in August 1865.

Among the photographs in this collection are several images associated with Co. I of the 3rd Ohio Veteran Volunteer Cavalry, including 16 gem-sized ferrotypes, one with typed label “Gus Ashley,” a gem-sized ferrotype on CDV mount with typed label “Capt. Henry Gaylord,” a CDV with “Surgeon Wm. B. Boyd” in pencil on verso,  and an oval albumen on CDV mount, with “Mark McMaster” on verso. Notes in envelope taped to back of mount, with photocopy of unit history, photos of Dennis McMaster and Mrs. McMaster and note that there were four brothers in Co. I – Charles, Myron, Mark and Deck McMaster. Other photographs depict men from other companies, many of whom are identified.

GAR ribbon and other items belonging to Gaylord M. Saltzgaber, including a campaign ribbon with a photograph of an older gentleman in his GAR uniform, identified as “Gaylord M. Saltzgaber for Commander in Chief.” Also with a CDV of Saltzgaber while enlisted, as well as a delegate’s pin featuring an eagle at top with “58 TH” in shield on breast, “National Encampment / Grand Army / of the Republic” on next bar; “Boston Massachusetts / 1924” on second bar; “Gaylord M. Saltzgaber / Commander-in-Chief” on third bar; and “Representative” on fourth bar; medallion of Lincoln with “With Malice Toward None * With Charity for All*” around perimeter.

Other GAR ribbons, all of which are gold satin for the 3rd O.V.V. Cavalry, commemorate reunions held throughout Ohio, 1892-1916.

Also with History of the Service of the Third Ohio Veteran Volunteer Cavalry in the War for the Preservation of the Union from 1861-1865. Compiled by Sergeant Thomas Crofts. Toledo, OH: 1910. Brown cloth, gilt front and spine, 296pp.