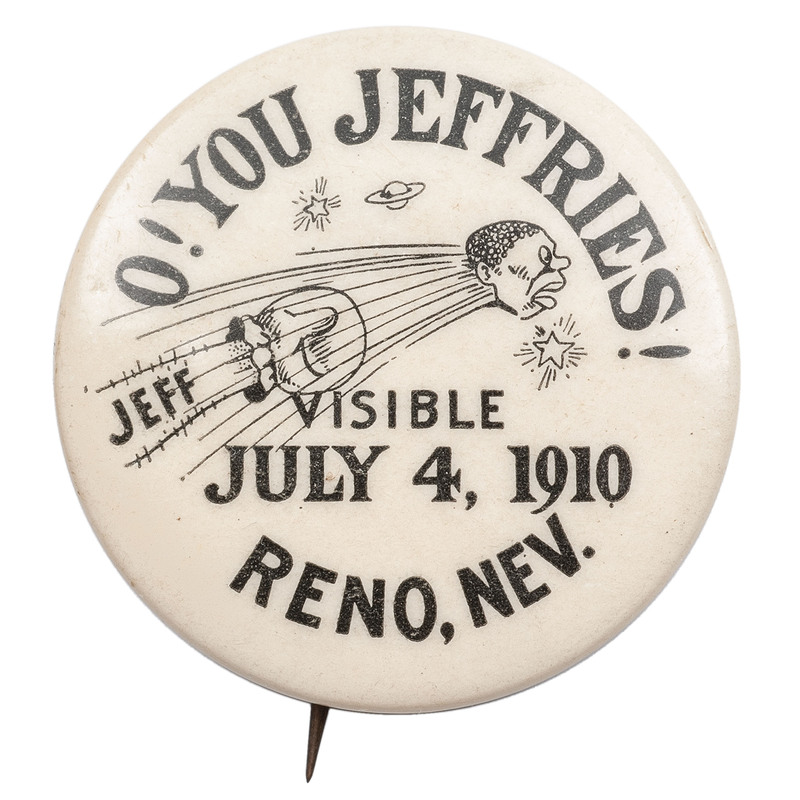 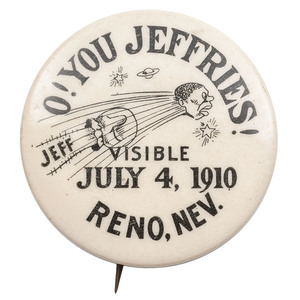 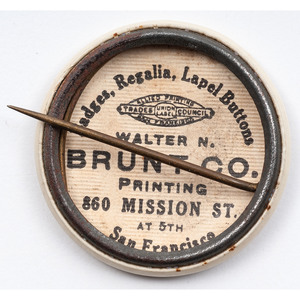 Pinback anticipates a resounding victory for white boxer Jim Jeffries, known as the "Great White Hope," in the world heavyweight boxing championship bout between Jeffries and African American boxer Jack Johnson. Billed as the "Fight of the Century," the July 4, 1910, boxing match was more than an athletic event - it was a national social phenomenon which laid bare the blatant racism of many whites who believed in their inherent supremacy both in the boxing ring and out of it. Johnson soundly defeated Jeffries in fifteen rounds. An exceptionally rare souvenir pin.