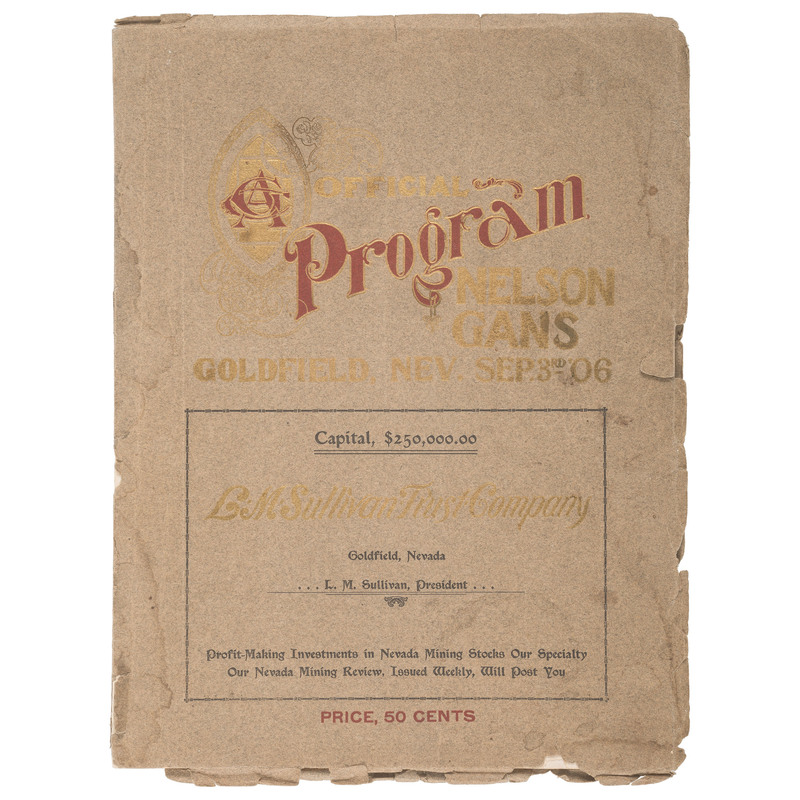 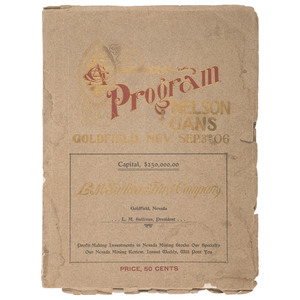 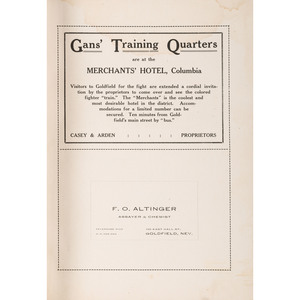 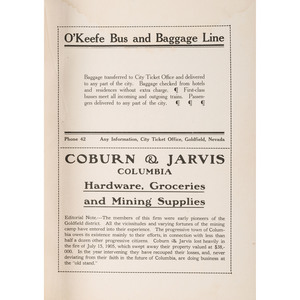 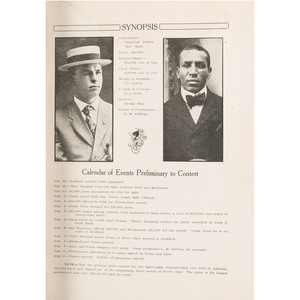 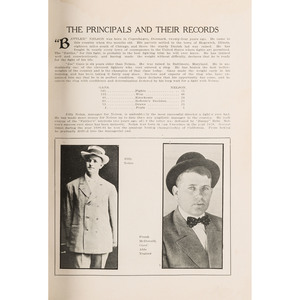 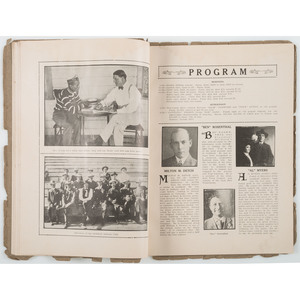 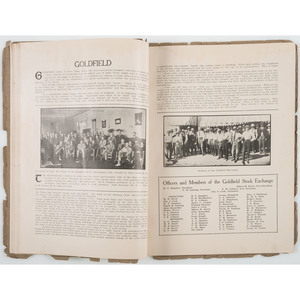 Features promotional photos of the boxers, their trainers, and the purse enticingly stacked in gold coins. Five months prior to the fight, San Francisco, the financial center of the west was hit by a severe earthquake that caused a devastating fire that destroyed banking records and caused the San Francisco Stock Exchange to close for over two months. As it was the principal market for the Goldfield Mining stocks, it caused a cascade effect closing banks across California and Nevada. It was in this dire state that Tex Rickard conceived of the blockbuster fight as a way to infuse cash into Goldfield. It is no surprise then, that well more than half of the program features advertisements of stockbrokers and banks alongside articles touting the surrounding mines. OCLC locates just one copy. Exceedingly scarce.