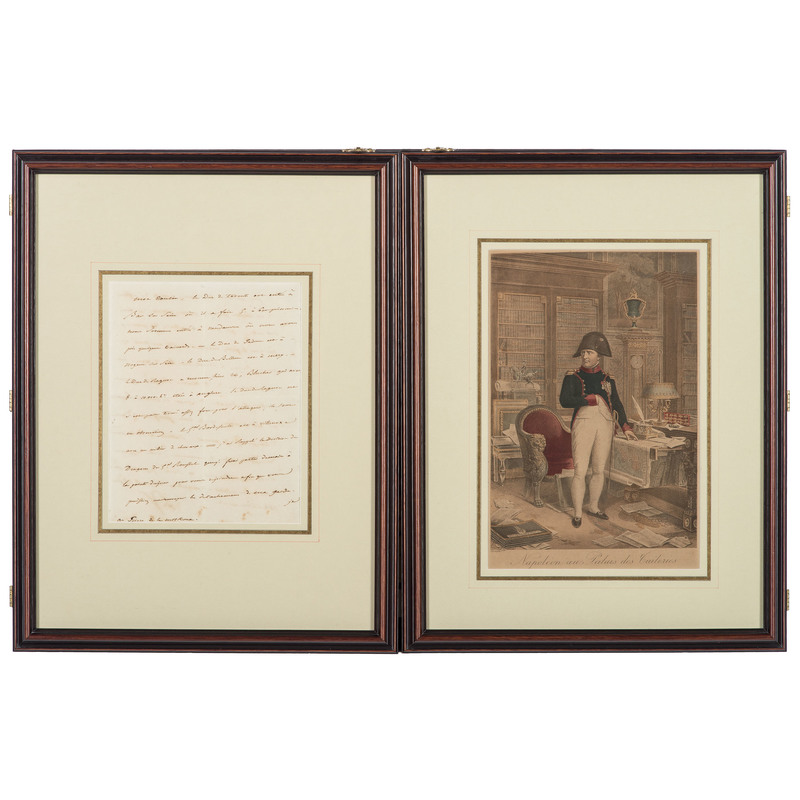 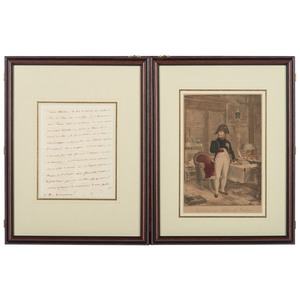 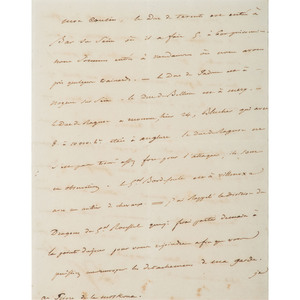 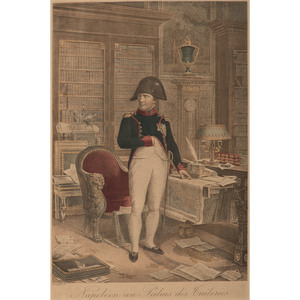 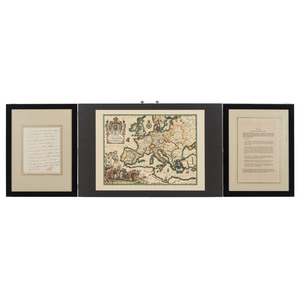 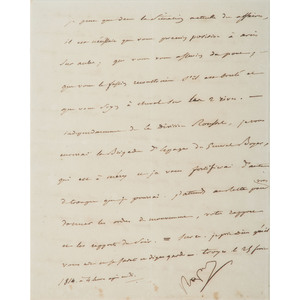 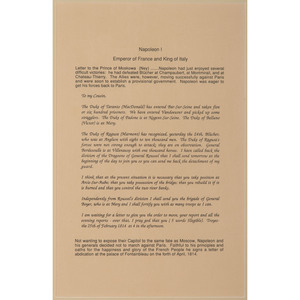 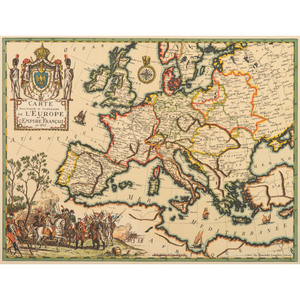 This letter signed by Napoleon was written during his final campaign in north-east France in the War of the Sixth Coalition. In the aftermath of the disastrous invasion of Russia and the subsequent Great Retreat, a complex coalition of Continental powers, Great Britain, and rebelling Napoleonic subjects coalesced to challenge Napoleon’s empire. Following their victory in Leipzig at the Battle of Nations (October 16-19, 1813) and Napoleon’s rejection of the Frankfurt Proposals (November 1813) the coalition moved to invade the motherland of the Empire and advanced on Paris.

At the closing of 1813 and the beginning of 1814, two armies prepared to invade France: The Army of Bohemia (Grand Army) with 200,000-210,000 Austrian, Bavarian, Russian, and Wurttemberg troops led by Karl Philipp, Prince Schwarzenberg and The Army of Silesia with 50,000-56,000 Prussians and Russians under Prince Blücher. Napoleon himself was commanding the French resistance in the north east as his Marshals Soult and Suchet were leading troops in the south-west to combat Wellington invading through the Pyrenees.

The Six Days’ Campaign was waged between February 10 and 15, 1814 where Napoleon’s much smaller force of 30,000 routed Blücher and forced the retreat of the Army of Silesia. He then decisively turned to Schwarzenberg’s army with victories at Mormant (17 February), Montreau (18 February), and Méry-sur-Seine (21 February). This letter was written in the afterglow of these final victories to Michel Ney, 1st Duke of Elchingen and 1st Prince of the Moskva (1769-1815) and one of his original 18 Marshals of the Empire. He greets Ney affectionately, opening the letter, “Mon Cousin” and goes on to detail troop movements and locations of his various marshals including the Duke of Taranto (Jacques MacDonald, 1765-1840), Duke of Belluno (Claude Victor-Perrin, 1764-1841), Duke of Ragusa (Auguste de Marmont, 1774-1852), General Bordesoulle (Étienne Tardif de Pommeroux de Bordesoulle, 1771-1837), General Roussel (Nicolas-François Roussel d’Hurbal, 1763-1849), and General Boyer (Pierre François Xavier Boyer, 1772-1851).

Napoleon had learned that Schwarzenberg and Blücher had separated and Blücher was heading for Paris, with only Marmont in his path, he writes to Ney from Troyes (in translation), “The Duke of Ragusa has recognized, yesterday the 24th, Blücher, who was at Anglure with eight to ten thousand men. The Duke of Ragusa’s forces were not strong enough to attack; they are on observation. General Bordesoulle is at Villenauxe with one thousand horses. I have called back the division of the Dragoons of General Roussel that I shall send tomorrow at the beginning of the day to join you so you can send me back the detachment of my guard." He then specifies to Ney (in translation), “I think that at the present situation it is necessary that you take position at Arcis-Sur-Aube; that you take possession of the bridge; that you rebuild it if it is burned and that you control the two river banks.” Several more battles would ensue, but it was here at Arcis-sur-Aube on March 20-21 where the last major battle of the War of the Sixth Coalition would occur.

Not long after this letter, Marmont would betray the Empire while defending Paris, capitulating to the Allies. Ney too became disillusioned and would become the figurehead and spokesperson for the Marshal’s revolt on April 4, 1814 at Fontainebleau, demanding Napoleon’s abdication. In the famous exchange, Ney informed Napoleon that the army would not advance to Paris and when Napoleon responded that “the army will obey me!” it was Ney who answered, “the army will obey its chiefs.” After Napoleon’s subsequent abdication and exile to Elba, Ney would swear fealty to the restored Bourbon King Louis XVIII. Though Ney would initially pledge fealty to Louis upon Napoleon's return, Ney would rejoin Napoleon at Auxerre, ultimately fighting heroically at Waterloo, and subsequently be tried and executed for treason on December 7, 1815.

Please note that the accompanying translation is incomplete; the complete transliteration and translation of the letter closing: "Je prie Dieu qu'il vous ait en sa sainte et digne garde" ("I pray to God that he will have you in his holy and worthy guard.")