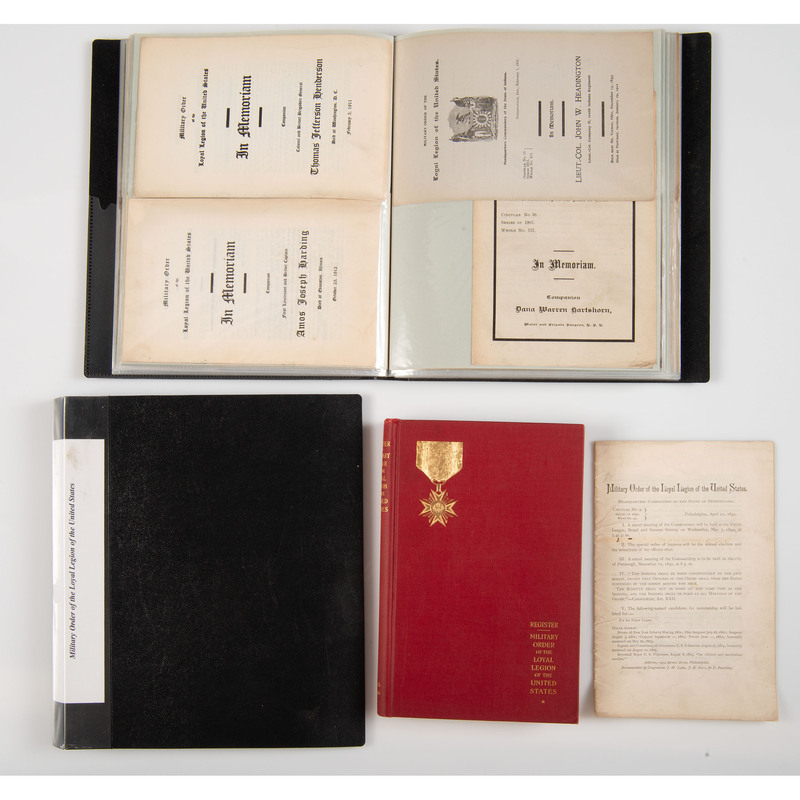 [LOYAL LEGION]. Military Order of the Loyal Legion of the United States ephemera, including:

Matthew Bolles, 70 State Street, Boston lined letterhead. Bolles enlisted on 7/30/1863 as a midshipman and mustered into the US Naval Academy, graduating on 6/6/1867.

1 Newspaper clippings with the obituary of Lieutenant T. Dix Bolles (whose funeral program is also included).

The Military Order of the Loyal Legion of the United States (MOLLUS) was a patriotic order organized in response to the assassination of Abraham Lincoln in the belief that there was a conspiracy to overturn the government. It grew to be a veteran's organization and is now a hereditary order.