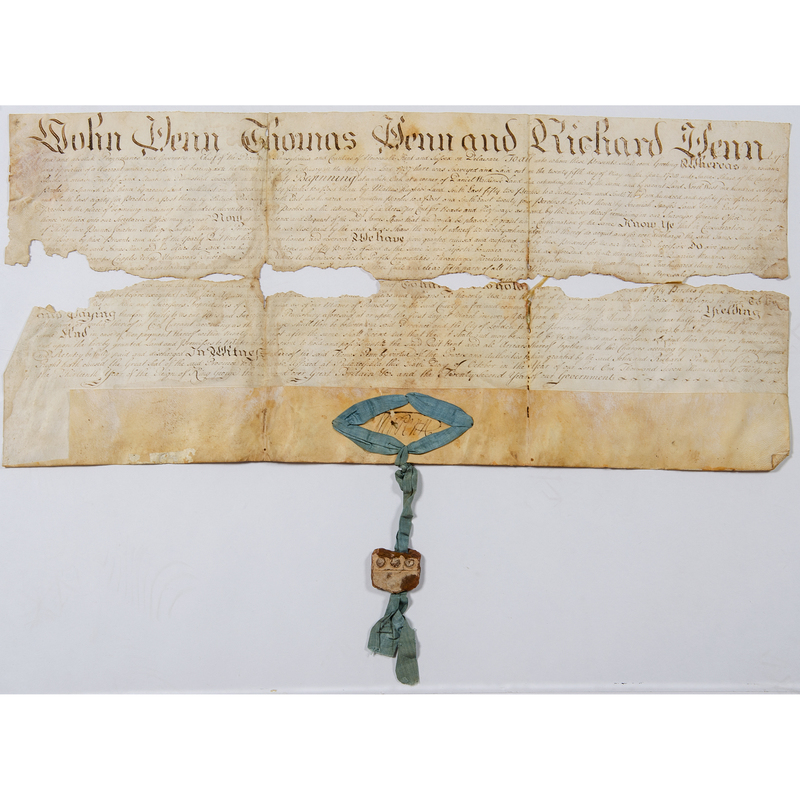 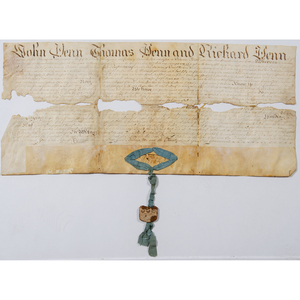 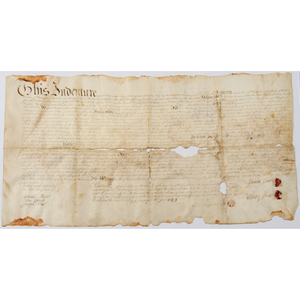 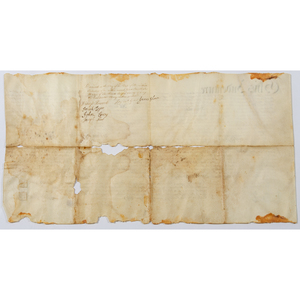 Thomas Penn was born in Bristol, England, just after his father, William Penn, returned there from the American colonies in 1701. Thomas and his brothers, John and Richard (named atop the deed featured in this lot), inherited the position of Proprietor of the Colony of Pennsylvania from their father when he died in 1718. Thomas served in this capacity (and after 1746 as Chief Proprietor) until the fateful year of his death, and the subsequent start of the Revolutionary War, in 1775. Thomas differed from his father in governing Pennsylvania in a few ways that drew criticism and opposition from colonists. He made advantageous land deals with Indians and Europeans, tried to limit Quaker power and religious freedom in the colony, and enjoyed a lavish lifestyle. Most notably, perhaps, Thomas planned, named, and, in 1748, established Reading, Pennsylvania, which would become the county seat for the newly created Berks County, Pennsylvania four years later in 1852.

Indenture in rough condition, with areas of loss at creases and edges. Areas of loss render portions of indenture unreadable.