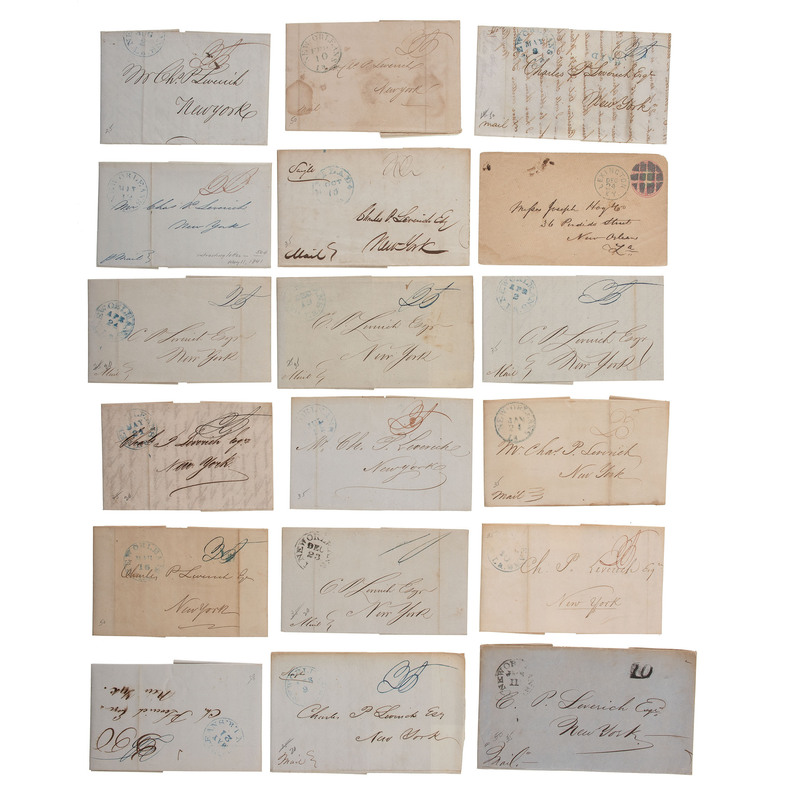 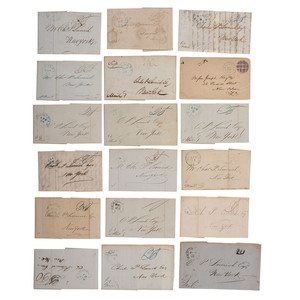 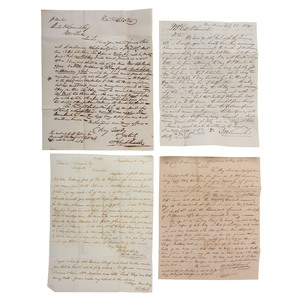 Archive of letters relating to New York banker Charles P. Leverich (1809-1876) and his antebellum and Civil War-era enterprise, Leverich & Co., which he operated with his brother, commission merchant Henry S. Leverich (ca 1806-1885). Includes 17 letters addressed to Charles, all but one originating in New Orleans, with dates ranging from 1835-1849, and one additional letter addressed to a Mr. Michael Bozeman of Arkansas.

Leverich & Co. was the name first used by elder Leverich brothers, William E. and James H. (d. 1844), for their joint New Orleans-based grocery business (it later became known as J.H. Leverich & Co.). In the mid-1830s, however, younger brothers Charles and Henry formed their own partnership under the same name. The latter firm was dual purposed, on the one hand arranging imports and exports of goods between Europe and the United States and between New York and other US ports, and on the other hand purchasing stock market shares for its clients. Many of the letters featured here involve bulk orders, exchange rates, and stock prices for various agricultural products, especially southern produce such as sugar and cotton.

Not only did the firm thrive during the antebellum period, but Charles P. Leverich's career with the Bank of New York also flourished. He became the bank's Director in 1840, Vice President in 1853, and President in 1863, a position he held until his death in 1876. This connection would prove important as the uncertainty of the southern market increased with the advent of the Civil War. Though Leverich & Co. did recover rather quickly after the war, Charles appears to have stepped away from such an active role in the business by the late 1860s.

While the content of most of the letters is strictly related to business, one particularly personal letter from Charles's brother, James, dated July 28, 1840, informs Charles of the death of their brother William's youngest child and the status of the other ill members of the family. He writes, "(T)the Scarlet fever being dreaded much more than the Yellow fever & is much more contagious. The two youngest children have suffered very much. I will answer your letter fully in a day or two." The latter portion of the letter deals with business, including a discussion of Kentucky Bagging and Rope prices. James writes, "I believe Bagging will keep up pretty well this the season - but it is so high I don't care to speculate in it - except for just so much as we want for the supply of the planters who deal with us..."

Another letter, written from New Orleans-based grocery firm Peters & Millard, dated May 21, 1844, discusses news related to cotton prices: "Notwithstanding the discouraging accounts from Europe in relation to Cotton prices had rather advanced then [indecipherable] since the last Steamers news."

Additional letter addressed to Michael Bozeman (1808-1883), dated April 25, 1849, discusses the sale of 5592 acres in Clark County. Michael Bozeman moved his family to the territory of Arkansas in 1835, started a large farming operation there, and later served as a representative of his district in the Arkansas state senate.

Letters with general wear and tear consistent with age and handling. Some portions of letters with discoloration, all with surface soil, creasing, and darkening to edges/creases.