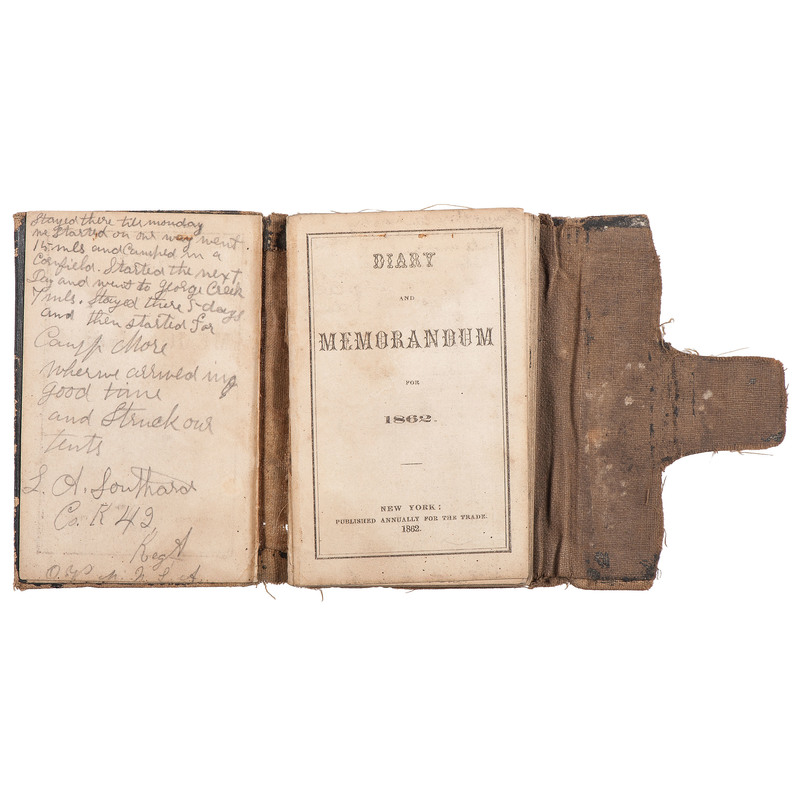 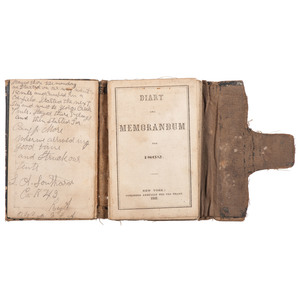 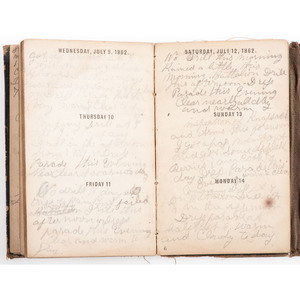 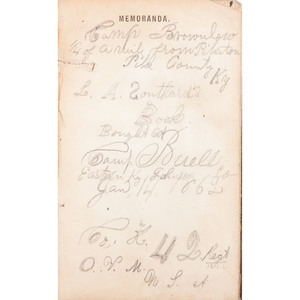 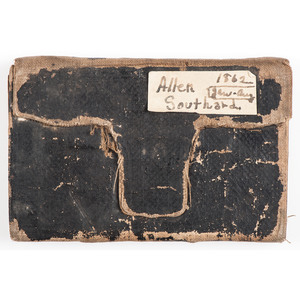 Leonard Allen Southard enlisted in Co. K, 42nd Ohio Volunteer Infantry in late September 1861, about the time Lincoln called for 3-year units. The 42nd Ohio organized at Camp Chase near Columbus in September, October and November of 1861. Its colonels were James A. Garfield and Lionel A. Sheldon. In December it moved by railroad to Cincinnati and then by steamer to Catlettsburg, KY. Private Southard documented these first couple weeks on the pastedown and free endpaper of his pocket diary. He notes that they stayed at Catlettsburg for two days about a mile beyond the town, then started for Louisa. They ferried across the river into Western Virginia (soon to become West Virginia) and camped on the banks of the Big Sandy River. They went back across the river to Kentucky again, went 15 miles and camped in a cornfield.

The next day they went 7 miles then started for Camp More. He then begins entries in the pocket diary, and on the first page, Friday, January 3, he writes: "I left Camp More and started for Camp Pardee situated on a small stream.The Camp was situated between mountains and the Biggest mudhole I ever saw." The following day he emphasizes the situation: "I stayed at Camp Pardee. it was a very disagreeable place."

The next few months seem to involve a series of skirmishes as the 42nd Ohio scrambles up and down the mountains. On Friday, January 10: "We started before daylight and came within a mile of the Enemy. Scouts were sent forward. We started and close to the Rebels when they fired on us. we took to cover and fought 4 hrs. Reached Camp at Dark. Went to bed." The following day: "I went over the Battle Ground it was a terrible spectacle to see human bodies shot all to pieces i went back to camp and started for Prestonburg after being ferryed across the Big Sandy River then went into town."

The next few weeks were rainy and cloudy with occasional snow thrown in for variety. There are weeks of drills, guard duty and dress parades with a few skirmishes for a change of pace. Once spring arrives, he goes foraging, fishing, etc. Friday June 20: "...went foraging this morning. Got all the Cherries mulberries I could eat. we went 3 miles from camp got back about 2. Dress Parade at 4 pm." On the 23rd he picked huckleberries, then around the 4th of July, blackberries, to make some pies.

On August 27, he reported sick. The next day he felt a little better, but this was his last entry. Private Southard died of an unspecified disease on September 5 (1862). He is buried in the Knoxville National Cemetery, Sec. A, Site 2688. His unit would continue on to take Vicksburg and spend most of the rest of the war in Louisiana.

Some wear and pencil smearing.